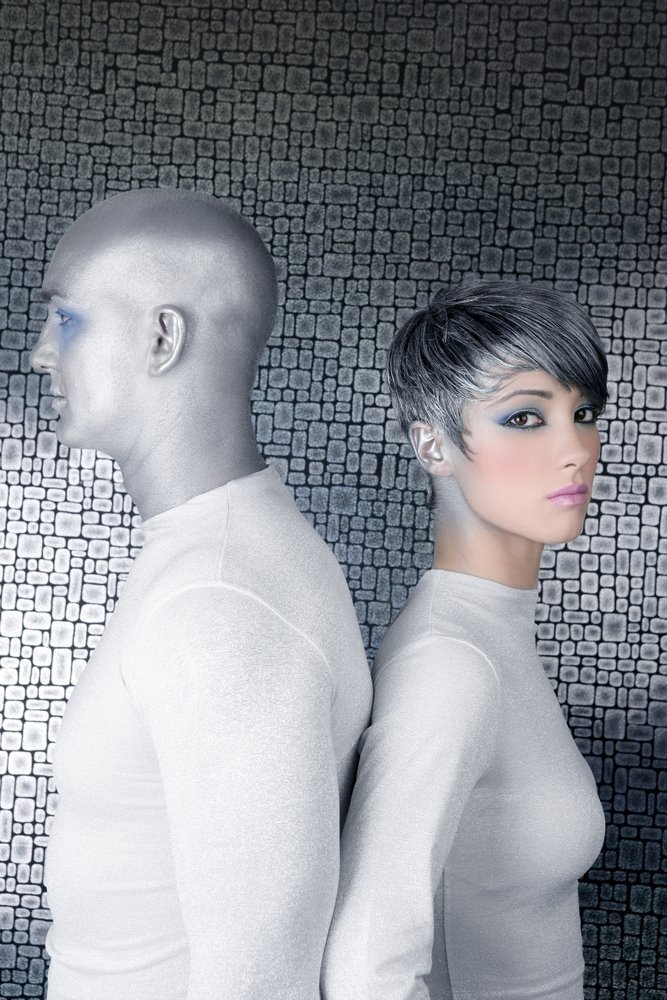 If you had an alien contact experience, would you talk about it? Would you be brave enough to talk about your experience?

It wasn’t too long ago when someone having had an alien contact experience would never dare discuss it.

For starters, such an experience would plant seeds of doubt in their minds about their own sanity.

If they are questioning the validity of what they experienced, how could they possibly expect anyone else to accept their story?

Things have changed in the past two decades. Betty and Barney Hill produced immense courage when they revealed to the world their alien abduction event in September, 1961.

They endured plenty of ridicule from an ignorant public. But they set the scene for others to pluck up the courage to come forward.

Landmark cases followed in the 1970s such as the Travis Walton abduction, the Pascagoula Incident and the Incident At Devil’s Den.

And with the research conducted by pioneers such as Bud Hopkins, it was becoming all too clear that there was something going on here.

While the majority still scoffed at the mention of anyone having an alien contact experience, little by little the stigma was being dissolved.

But in the past twenty years, massive inroads have been made into breaking down this stigma. It’s all due to the flurry of contact experiencers prepared to come forward and talk.

One reason for this has been the work conducted by ufologists such as Kathleen Marden. The one time head of the Experiencer Research Team at Mufon has played a big part in encouraging experiencers to talk about what happened to them.

Instead of going public, people were given the opportunity to talk about their experiences behind closed doors. And they’ve emerged in droves.

One of the revealing aspects surrounding an alien contact experience is that many people started having them since childhood.

We’ve interviewed hundreds of experiencers here at Aliens Revealed Live and the majority started having contact even before they started school.

One of these is Kevin Briggs. Briggs, who is now approaching seventy years of age, like so many of his experiencer colleagues, never asked for contact. He was chosen.

He had his first encounter with an alien when he was eight years old and six years later, was introduced to the Council Of Eight.

And he was given a mission, to spread news about the power of higher consciousness. More importantly, how we as humans share that one consciousness with every being on this planet and in the universe.

For a young child, that is a pretty heavy responsibility and one he didn’t ask for. But he has spent a lifetime telling people about it for little financial reward.

The Pressures Of Dealing With Alien Contact At A Young Age

Can you imagine the pressure on a child who is being visited by extraterrestrials? And this is amped up even further when they are taken from their homes.

How does a young person going through something like this even begin to talk about it.

For most experiencers at a young age, they don’t. Those that do will more than likely tell their parents. The response is usually dismissive and put down to childhood imagination.

Can you remember kids at your school who kept to themselves and wouldn’t fit in? Were they going through some sort of home-based trauma? Or, were they dealing with alien contact experience?

If it’s the latter, you can forgive them for being a little difficult in getting to know. For starters, they are dealing with and questioning their own sanity. Any normalcy in their lives has been taken from them. What else could they do?

Certainly talking about being visited by aliens in the harsh and sometimes brutal world of growing up was out of the question.

Is Talking About Alien Contact Still A Cultural No-No?

We’ve come a long way since those heady days of Betty and Barney Hill. Today the support structure in place for contact experiencers to emerge and talk about their alien contact experience has never been stronger.

Kevin Briggs knows only too well how taboo this topic was back in the day.

“Within our cultures, we’re not allowed to talk about them. You’ll get a label on you and that label will probably be abnormal”.

“They’ll say ‘there’s something wrong with that person. He sees ghosts. He sees dead people. And he talks to people in his bedroom at night”.

“Mary Rodwell is the world expert on that. She’s a fascinating and amazing woman”.

“She started, I think twenty five or thirty years ago talking to people about these experiences and many of them are children”.

“And I think you mentioned a Susie Hansen and she talks about the three waves of experiences”.

“So I would probably be one of the first wave one, one of the younger ones. There are now second and third waves coming in too”.

“We see children with higher IQs with their own understanding of even consciousness itself at very early ages”.

“But because we are all opening up and talking about it now, they’re allowed to speak and they’re not ridiculed”.

“If we start with our own children and teach them then what can we achieve as humanity? I know it’s a huge task and I speak with it with enthusiasm because they’ve asked me to”.

“And I feel that I’m just paying a little bit back by sharing the information they’ve given to me. And yes, we do open ourselves up to ridicule, but I’m thick-skinned, I’m 66 now and still enjoying life”.

The Mufon Experiencer Research Team might be a good place to start if you have had an alien contact experience and want to talk to someone about it.

Many experiencers have taken this opportunity to talk in a safe and controlled environment without going public.

In most cases, those who come out and reveal their experiences describe it as a “huge weight lifted off their shoulders”.

That’s because they felt that they were the only ones to go through something like this. The truth is, they weren’t and most times, talking about it in a discreet environment will provide them with the welcome news that their sanity is intact.

In the following interview with Kevin Briggs, he talks about the importance of understanding higher consciousness and our ability to tap into it. He gives an amazing example of summoning an E.T. craft above his house for a friend who had doubts about his alien contact experience.