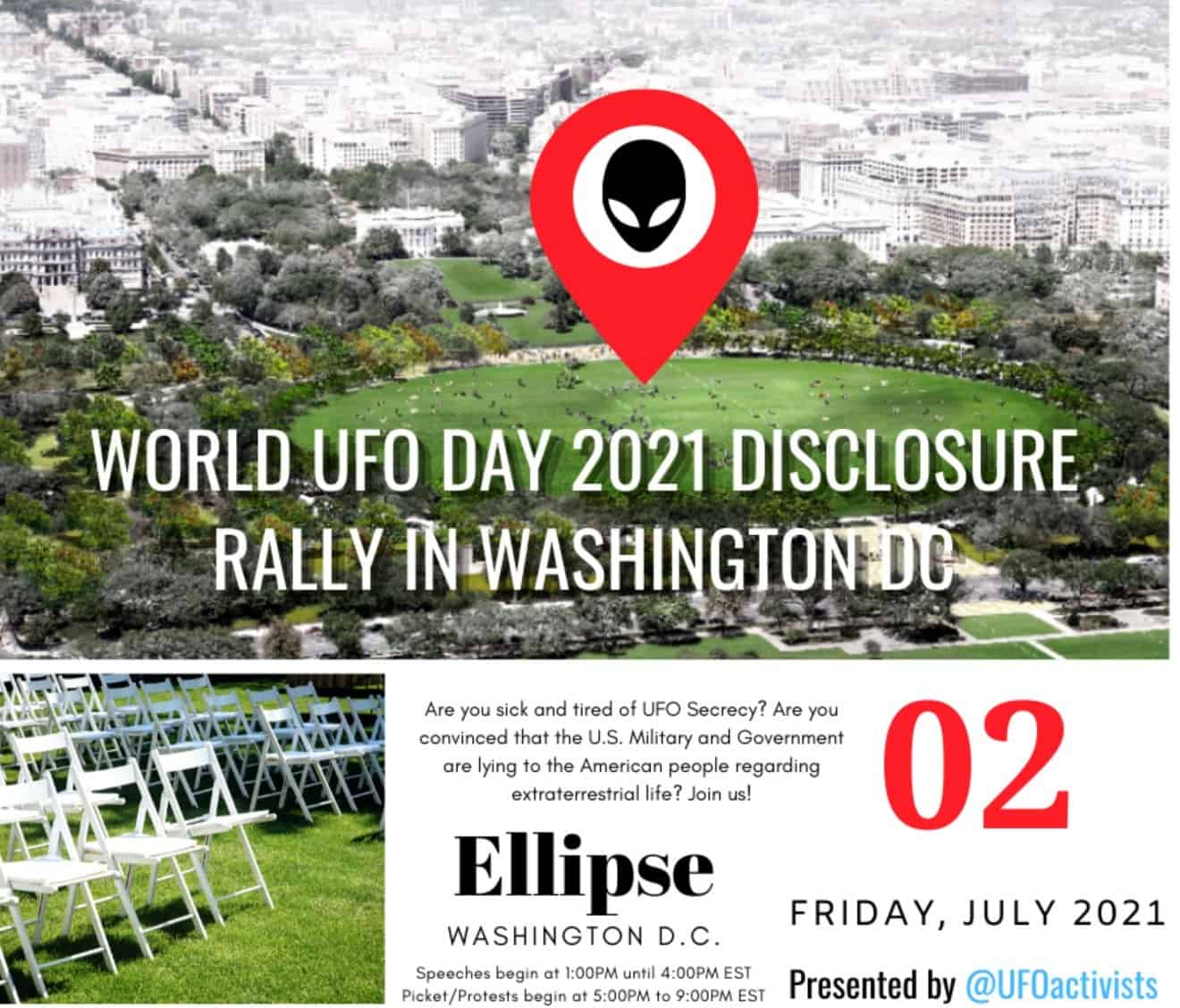 World UFO Day is being celebrated on Friday, July 2nd in Washington D.C. It will take the form of a peaceful political rally.

While there may be some confusion as to the real world ufo day date, (some may consider it to be June 24th, the day Kenneth Arnold made his famous sighting over Mount Ranier, Washington), organizers have decided to celebrate it on July 2nd to coincide with the Roswell ufo crash.

Organizer Alix C. Toulme, is a contact experiencer and is hoping to attract up to 500 people to the rally.

Toulme says several speakers will address the crowd which will gather in Washington D.C.’s The Ellipse from 1.00pm. He says the list of speakers isn’t being revealed yet. He expects some well known names will be among them.

Following the gathering at The Ellipse, a peaceful picket style protest will take place from 5.00pm.

So why stage a World UFO Day in July two days before Independence Day? Toulme says:

“Well, the field of ufology has come a long way in just the past three years”.

“And I think that was really the first time a mainstream news media outlet gave serious attention and investigation to the UFO phenomenon”.

“So now that the UFO phenomenon is in the mainstream consciousness, I thought it was important to hold a rally just weeks after another classified UAP report is due to be released Congress”.

“A lot of ufologists say that we’re going to get ufo disclosure at the end of June but we’ll see”.

“Several things could happen. We could get a partial disclosure, a full disclosure or nothing will happen”.

What are organizers hoping to achieve? And why the idea of a World UFO Day?

Toulme is just thirty three years of age. He has an impressive resume. He’s a U.S. Navy Veteran and a former U.S. independent congressional candidate in Florida’s 14th District. He will be running as a Democrat in 2022.

Toulme also holds a B.A. Degree in Political Science and Minor in Theology and Religious Studies.

Does he really believe the Pentagon will deliver on its charter from lawmakers?

“This is another very interesting question because part of this covid relief and spending bill stipulated that the US intelligence community has 180 days to release what they know about the UFO phenomenon”.

“So if we have a situation where the Director of National Intelligence and the Secretary of Defense are lying to Congress, then that creates a problem”.

“That would be a very big problem”.

“So it’s going to be very interesting to see exactly what the Director of National Intelligence and the Secretary of Defense come up with in this unclassified report”.

“If it’s more of the same; if it’s just facts and figures about UFO site reporting and keeping, then we have to wonder, what are our leaders being told about this phenomenon?”

“Are they being kept in the dark just like we are?”

“And then it starts to bring up the question – is there a group of people in the United States and worldwide that is controlling the ufo secret?”

“We have to think about how we are going to deal with this. That’s what we need to start thinking about?” 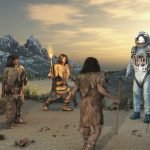 Toulme says for those who can’t get to Washington D.C., plans are in place to live stream the event on YouTube.

A link will be made public as we draw closer to July 2nd.

It’s a bold project to say the least in an area where secrecy runs the rule. Does Toulme really believe his efforts can have an impact on breaking the silence on ufos?

“If the good people of Tampa Bay see fit to elect me to the 118th Congress in 2022, I have a pretty good chance, even if we don’t get disclosure this summer, of putting a lot of pressure on the president and Congress because they know exactly who I am”.

“They know exactly what I stand for, and that’s not going to change any time soon”.

So if I get elected, you can you can be rest assured that I’m going to put a lot of pressure on Congress and the president to disclose the truth about extraterrestrial life”.

In the following interview recorded with Alix Toulme, he reveals more detail about World UFO Day. He talks about any pushback he’s received in organizing the event. Toulme also addresses any threatening situations he’s faced over his fight to reveal the truth about ufos.