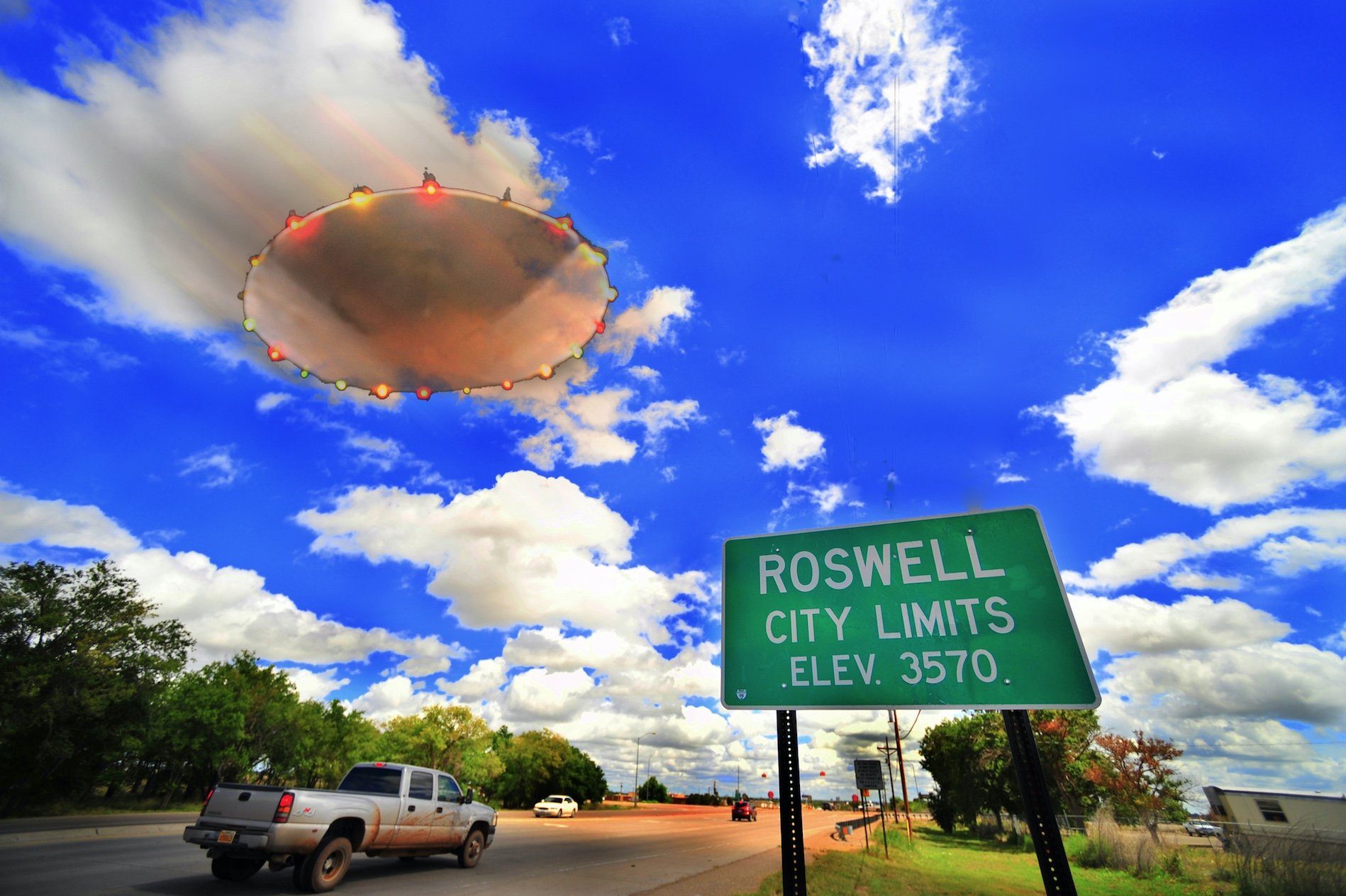 So, what really happened at Roswell?

History’s most famous ufo case has been ripped apart and examined from every possible angle by both believers and skeptics alike.

It’s the world’s most widely reported ufo incident and even today, 73 years after it happened, it still commands the “must-see viewing” tag whenever a story is presented on it.

We say ufo incident but was it really? Did a ufo or two or even three, crash near Roswell, New Mexico in 1947? Where’s the proof? Have you seen the craft? Have you see the alleged bodies of the aliens recovered from the crash site?

Before you yell at your screen and “call for my flogging”, I’m going somewhere with this. Just hold up on the lynch mob.

What if the Roswell case was presented in a trial by jury situation with you the audience as the jury? You listen to and weigh up all the evidence presented by both sides and then vote “yay or nay” on the outcome?

What Really Happened At Roswell – Maybe You’ll Finally Get To Decide?

Playwright John Steiger is giving you the opportunity to do exactly that. Steiger has penned three plays.

The opportunity to see three performances based around famous ufo and alien events is one people shouldn’t miss.

And presented in the style it’s going to be with each of the incidents going on trial is a perfect time to get some type of verdict on these famous events.

One is on the famous Roswell incident; one is on possibly history’s second most famous ufo case, Rendlesham Forest which occurred in 1980 and the third is about the alleged Brooklyn Bridge alien abduction in 1989.

Called the UFO Trilogy, all three are different in the way they are presented on stage.

The Roswell script will be a courtroom drama with a jury. Rendlesham is presented as a board of inquiry investigation while the Brooklyn Bridge incident will be in dramatic debate format.

Steiger became inspired to write the plays after attending a ufo festival in Roswell in 2015.

He became attracted to the idea of what if…what if the pro-Roswell argument was presented against the anti-Roswell crowd.

And better still, what if it was presented in courtroom style.

“And I thought two things; number one, a courtroom would be an interesting vehicle to do it because that’s a natural place where people present both sides of an argument”.

“And secondly, use of the theatrical stage would be a good place for the witnesses to present their testimony and also have some photographic evidence if that’s possible, although I don’t demand that in the play”.

You Get To Prove If Roswell Really Happened

This seems a fantastic concept because it gets the audience involved. What really happened at Roswell? How many times have you asked yourself that question?

Most people don’t really get to sit in judgement of a world famous event other than providing their thoughts in online forums and groups.

In the Roswell case, people with an interest in the ufo space get to assess the evidence presented for and against on one of the most explosive events of the twentieth century.

There’s almost a romance that’s been developed with Roswell. Everyone has an opinion when it comes to ufos.

But what if the audience comes to a play with their mind already made up?

“Look both side’s arguments are well presented. I think I did an objective job of presenting it”.

“I presented only first hand testimony of witnesses. There’s only 10 witnesses on the pro ufo side for the play but in the entire Roswell incident, there’s a lot more than that”.

“This is to take course in one evening or one afternoon’s entertainment. It is not the entirety of the Roswell case which could take, you know, weeks”.

“We’ve distilled it down some and that’s what also makes this book very interesting. It encapsulates Roswell , Rendlesham Forest and the Brooklyn Bridge case in a nutshell”.

“In the Roswell case, the fictionalized characters would be the courtroom personnel”.

“All the witnesses and all the evidence presented is based on the facts of the pro ufo side and the facts developed by the anti ufo side”.

“The air force put out two reports in the 1990s and their side is largely based on those two reports”.

The initial expectation is that this type of presentation would really only interest people who believe in ufos? And that’s probably true.

But what if just one skeptic is impressed enough by the evidence presented by the pro Roswell side and has their opinion changed although this is not Steiger’s aim.

“What I am trying to present is for people who have an interest in these cases but maybe don’t know that much about ufos”.

“Maybe they want to learn more. This is an opportunity to dip your toe into the water and see if you like it or not”.

“I mean they’re introductions. They’re certainly not the be all”.

“I feel people will be quite enriched. If you don’t know much about ufos, you will know a lot more after reading these three plays”.

Steiger says there has been interest in the production of the plays and if not for the pandemic, at least one may already have been in production.

In the following excerpt from our interview, Steiger looks at both the Roswell and Rendlesham concepts.

In a future post, we’ll devote more time to the Brooklyn Bridge incident. Steiger gives some excellent observations on a case that could quite easily have been the most explosive of all.