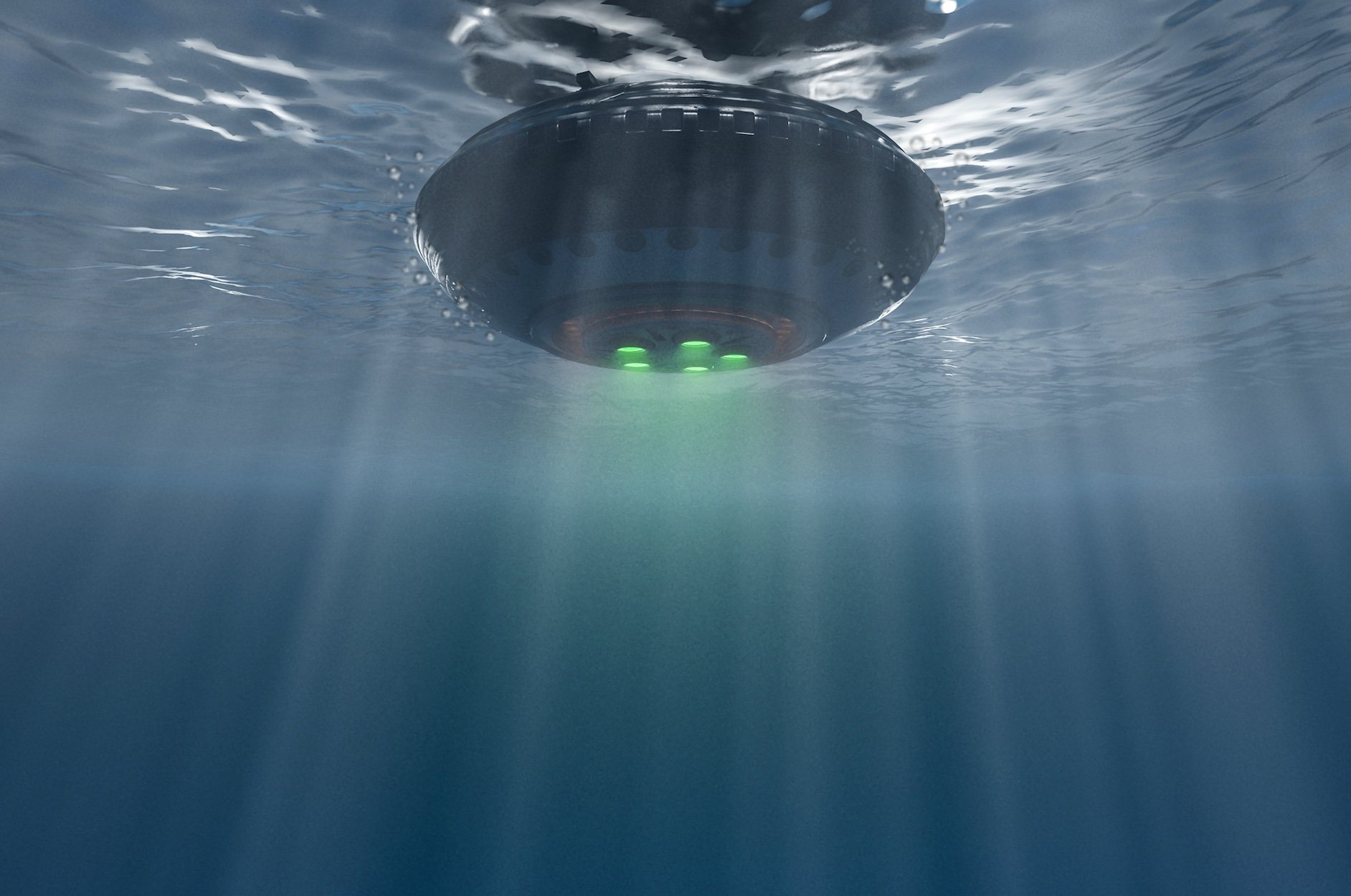 In fact, if you wanted to go back even further, the Christian bible may have recorded the “daddy of them all”.

UFO researchers will always point to the story in the Old Testament about Jonah and the whale. Jonah was selected by God to go to the great city of Nineveh and preach against it because of its wickedness.

Jonah refused and ran away heading for Tarshish but while on the sea, God sent a great storm. It threatened to break up the boat he was on and eventually, the sailors threw him overboard.

God then sent a great fish to swallow Jonah and he spent three days and three nights inside the fish.

God then commanded the fish and it “vomited” Jonah onto land.

Underwater UFOs In The Bible?

So, would a human survive three days and three nights inside a fish? No, of course not. Looking at such an incident through the eyes of someone who lived several thousand years ago would elicit a similar description.

UFO researchers claim this as more than just a USO sighting. It’s been described as a classic close encounter of the fourth kind.

The close encounter system of classification was originally mooted by J. Allen Hynek in his book, The UFO Experience: A Scientific Inquiry.

One of the biggest USO hotspots is the Southern California coast. There’s strong speculation that an underwater base exists in the area.

He says it depends what side of Catalina Island you’re looking at when identifying the possibility that an underwater alien base exists there. There have been many theories put forward with many people weighing in but who’s right and who’s wrong is up for debate.

Underwater Bases Off  The Californian Coast

Krause believes there’s something there but on the far side of Catalina.

“It depends on which theory of the underwater base you’re talking about. I think there’s probably something on the far side of Catalina and down in the depths there, maybe up more towards Monterey in the Gorge”.

“That goes down to some Southern drop-offs and some really deep areas. Now there was a big flap a few years ago about someone who saw on Google Earth a plateau that looked like an unusual shape and structure and seem to have pillars in front of what looked like a cave and a subterranean entrance”.

“And these are, you know, theories put forth by people who don’t totally understand how Google Earth works. For one thing, this is a satellite many miles above the earth taking photos directly down. As far as I know, they don’t have the capability to bend light yet, to get a photo going inside a structure or an opening to determine anything”.

Krause made a startling revelation about the Nimitz encounter. We touched on it in an earlier story on ARLHub.com.

Krause talks about the possible “smoking gun” evidence that went unreported. It seemed a classic case of “watching the left hand while the real action was going on with the right”. But that’s been “part and parcel” of UFO folklore with the “nothing to see here”  attitude.

The following excerpt was part of my interview with Jeff Krause on underwater UFOs and the Southern California underwater base theory.