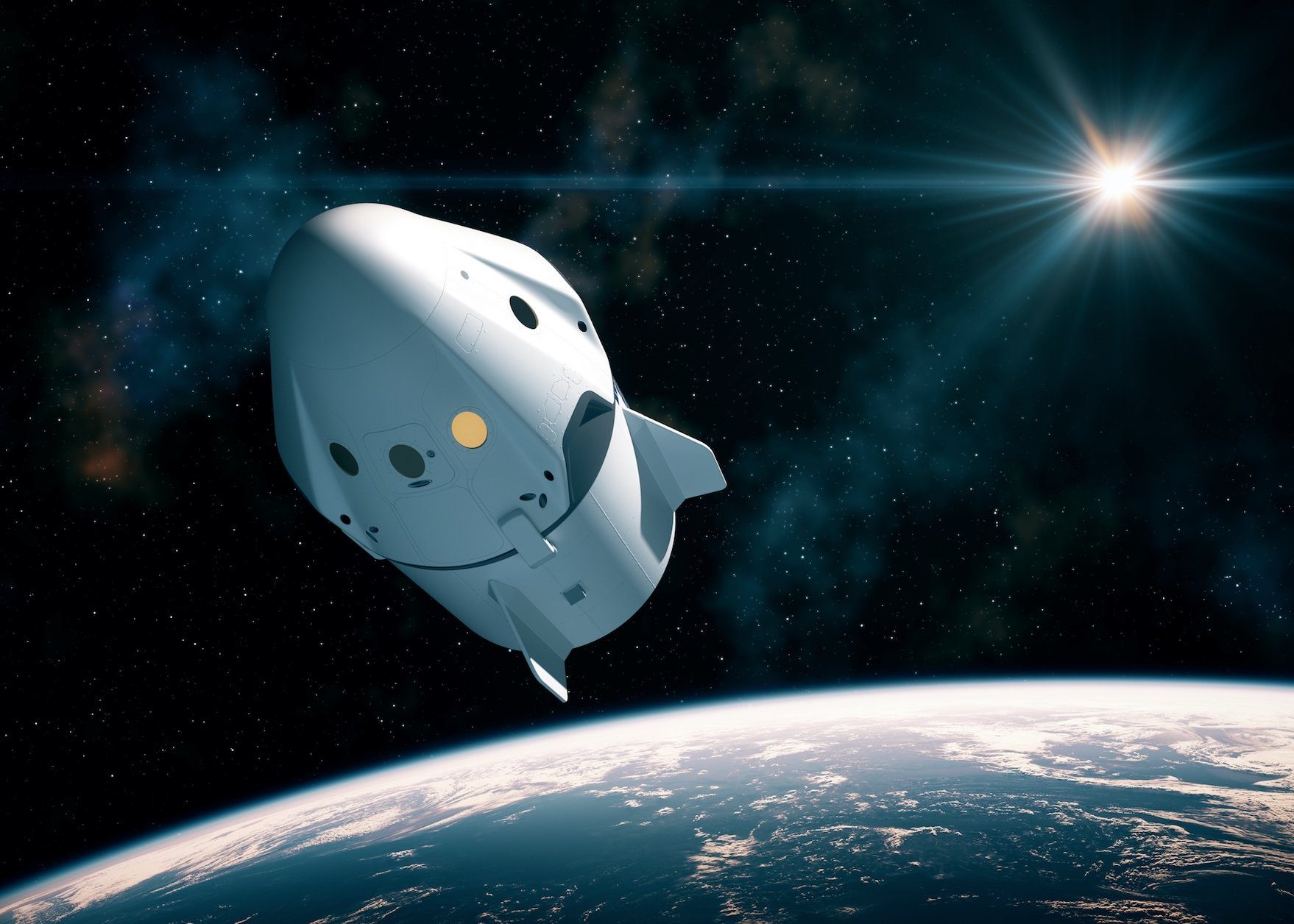 It was a fair bet that many watching the launch on television would have been looking for one thing – UFOs.

NASA has a long history of cutting live feeds when a strange object appears on the screen.

In essence, this has simply fueled the rumors that they are hiding something from the public.

What’s the fastest way to cause suspicion?

By hiding evidence already seen and then denying it ever existed or happened.

Viewers were quick to pounce on the strange objects appearing in the background during the Space X launch.

Several moving objects were seen and one comment said it all…”how are they going to explain this”.

Well, in the true traditions of NASA deniability, they did and the truth is, it hardly caused a ripple.

Mainly because after years of denying and debunking this stuff, the shock factor has dissipated and people now accept it as normal.

The videos were posted in thousands of groups online. While the majority were convinced these were definitely ufo sightings, it was amusing to see the occasional debunker chime in to pour doubt on the suspicions.

It was also interesting to observe few people willing to debate the debunkers. Again, it’s the same old story that when challenged in public, most folks will back off or be unwilling to engage for fear of ridicule.

Major David Toon is one man who has gathered a treasure trove of NASA photographic evidence of possible UFOs in space.

Major Toon has inspected millions of NASA images obtained directly from their website.

How? Well, it all came about by accident.

He was simply looking for weather information during a search and after scanning almost a hundred images, noticed strange shapes which didn’t fit the “landscape” around it.

And that piqued his curiosity to the extent that he has been able to cull more than 50,000 images with suspicious objects in them.

“I had come across some interesting images while I was attending Embry-Riddle Aeronautics University and took them to some of the professors who are quite versed in astronomy and asked them if I was seeing the right things”.

“Or were these suspicious to them? I didn’t know what I was saying because it wasn’t my field at the time”.

“I was getting a degree in unmanned aircraft systems and they were kind enough to pat me on the head and say, well, some of this is cosmic rays and some of this is, you know, camera artifacts”.

“But one or two of of the images made them hesitate. And I said, ok, I’ll be back”.

“And so I went back into the archives and started looking at other images and started narrowing my search criteria for those things that were not camera artifacts and not cosmic rays”.

“As it turns out, there are quite a few suspicious images on the NASA archives site that need further investigation”.

“So I’ve been collecting those ever since. And that’s been for over five years now”.

Major Toon has devoted much of his time during the last five years analyzing his NASA image collection.

He isn’t making any wild claims but simply presenting them to the public to observe and make up their own minds.

Whether they are genuine NASA ufo sightings will probably never ever be confirmed unless NASA comes out and declares them as such.

During the following interview, Major Toon, explains the fascinating story on how his “space image treasure fell into his lap”.