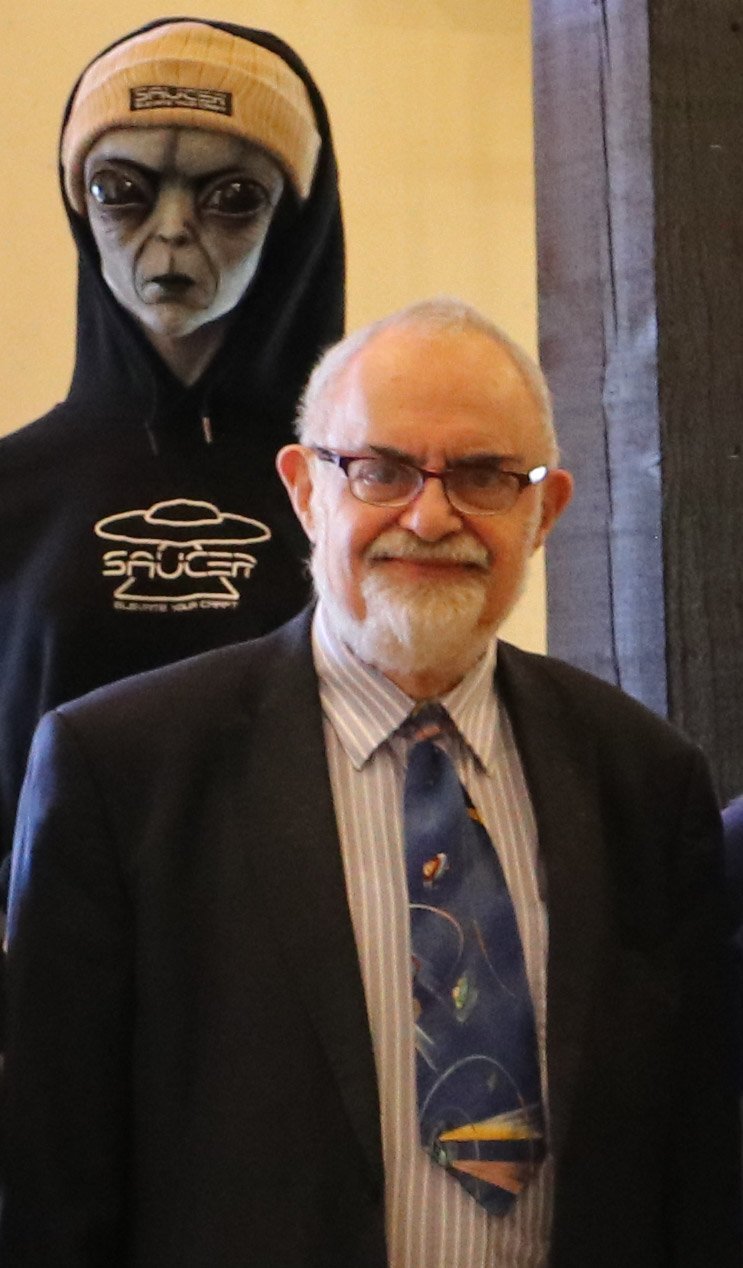 UFO debunkers were a dime a dozen not too long ago but while they are still lurking in the shadows, ready to “poo poo” any evidence that UFOs are real, they don’t seem to be as vocal as they once were.

That’s the perception of many ufologists today but under no circumstances have they dropped their guard.

More evidence over the past few years considered to have come from reputable sources has watered down the arguments made by UFO debunkers to some degree.

It’s almost a case today of the skeptics society being the ones who have to come up with the proof that UFOs and aliens aren’t real.

The USS Nimitz UFO incident has given the ufology community more credibility.

Not that they didn’t have it but after many years of attacks from UFO skeptics, there’s a lot of damage that’s had to be repaired.

The good news is that the alien truth that has been touted for so long by the UFO community, is starting to receive more vindication as each day goes by.

Legendary researcher Stanton Friedman had a long running battle with the skeptics.

But according to world renowned researcher Grant Cameron, he loved the fight.

Friedman never backed away from a fight or more to the point, baseless skepticism which he knew he could defeat.

“So those were the two main things that I think Stan was basically working on”.

“The skeptic thing of trying to hammer on people who really didn’t know what they’re talking about was one”.

“Then there was the fact flying saucers did exist if you actually looked at the evidence and didn’t ignore it”.

“It was for real and the fact that there was a control group that was running the whole show”.

“But there, I think he sort of got backed into that corner where he had to defend a document and protect his reputation”.

“Whereas the vast majority of people believe the document was not real”.

Stanton Friedman battled with the skeptics for several decades. Cameron was amazed at his energy and ability to stay focussed on the end prize despite everything that was going on around him.

“He had these little rules about, you know, skeptics don’t bother me with the evidence”.

“My mind is already made up and all these little; the anecdotes that he had that have become famous because he used in almost every lecture”.

“And when you look at what he was saying, it was actually the fact that the vast majority of people who went up against Stanton Friedman, whether it was Carl Sagan or whether it was Phil Klass or James Oberg or these people, it was really true because I had run up against these guys as well”.

“And the fact is they really don’t read the evidence. They basically…it’s like a rational argument where I’m smart enough, I can just sort of wing it. I don’t really need to see the evidence”.

“It’s just very common that this is not going to be real or whatever. But Stan Friedman, I mean, just massive amounts of time that he spent arguing with these people”.

“He debated these people at Oxford and different universities and that sort of tied into Stan’s life”.

“I mean, when you look at the material he did, I show some of the itineraries of Stans’ travel. It was unbelievable”.

“And he was making some pretty good money. He was doing universities, which is a pretty high end money thing”.

“And he was doing this for like decades and decades”.

Dealing With A Heavy Workload And Skeptics

Cameron says Friedman’s workload was something that he himself would struggle with.

He was not only able to complete his commitments on the road but would also work on other projects he had running including his frequent stouches with Philip Klass.

“It was amazing because I know when I’m on the road I don’t really get a lot of stuff done. But Stan was able to meticulously work out stuff, answer phone calls, go through all this material”.

“I was pretty impressed with what I saw, even though it was very unorganized, that he’d sort of lost control of the files after a while because there was just so much material. He was no longer filing this stuff…”

“I would say that was what he spent most of his time on. It was the MJ 12 documents and the other thing was basically fighting with skeptics”.

“So the famous Phil Klass from the aviation week and space technology. There is literally hundreds of pages of correspondence, snail mail correspondence going back and forth where these guys are arguing about various subjects like that”.

Stanton T. Friedman passed away on May 13, 2019 but has left a huge legacy and paved the way for other ufologists to follow.

Do UFO debunkers miss him?

Not sure but the ufology community are certainly poorer without him.

Friedman also left a whole lot of research documents that he gathered over 61 years.

Grant Cameron has spent much of his recent time delving through Friedman’s massive arsenal of research.