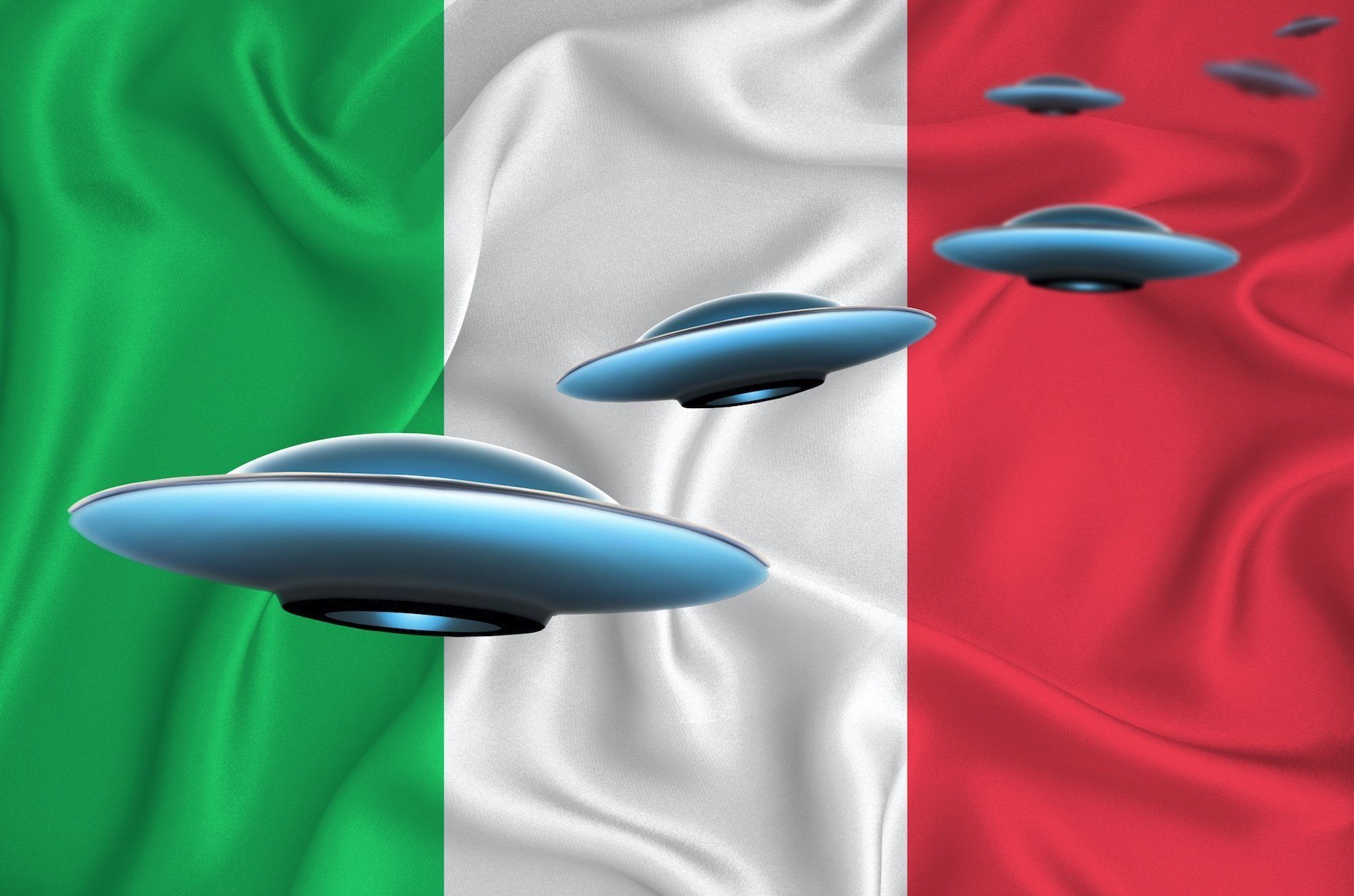 The incidence of UFO contacts in Italy is enormous.

Since 1907, the number of ufo sightings and close encounter reports in Italy would rival those of any other country in the world.

It forced the Italian government to instruct its air force to take UFOs seriously.

Like the United States, the Italian air force appears to have carte blanche when it comes to controlling ufo investigations.

And it has done exactly that.

Roberto Pinotti is one of the most respected UFO researchers on the planet. In fact, Dr. J. Allen Hynek publicly recognized Pinotti as a world class expert in the ufology field.

Pinotti began life as a researcher in 1960 at just sixteen years of age.

He has put together two valuable volumes of ufo contacts in Italy. He has included every major ufo incident in that country since 1907. In fact, Italy’s past is not dissimilar to that of Brazil’s ufo history.

UFO Contacts In Italy (Volume 1) was released in 2017. The second volume has just been published and is now available to the public.

As the only living founder of Italy’s Centro Ufologico Nazionale (CUN), one of the world’s oldest and authoritative private UFO study organizations, Pinotti felt it was time to document Italy’s rich ufo history in english.

He says a third volume is “on the cards”.

Why Is Italy Such A UFO Contacts Hotspot?

Italy’s strategic military position is one reason why there appears to be a concentration of UFO sightings there according to Pinotti.

“Well, probably for geographic reasons. After all Italy’s position is in the center of the Mediterranean Sea and from a strategic point of view, it’s rather important”.

“So I think that everybody may have to consider this simple geographical position”.

An incident in 1933 where a ufo crashed near the town of Maderno in Northern Italy, still has the attention of ufo researchers around the world.

Alien bodies were reportedly recovered and the incident is known as Italy’s Roswell. It happened fourteen years before Roswell which is ironic.

So, shouldn’t Roswell be the USA’s Maderno? Maybe a story for another day.

Meanwhile, Italy was under dictatorial rule in 1933 so the chance of any news filtering out to citizens was almost impossible.

It’s been because of serious research by Pinotti that has brought this incident to life.

But it seems most of the physical evidence has found its way to the United States.

A Nazi Cover Up Or Nordic Aliens?

Unlike Roswell though, it seems the aliens recovered were of nordic appearance.

“After the Germans were defeated in Northern Italy, this material seems to have been taken to the United States. This is what we were told by the son of a Lieutenant Colonel in the United States Air Force”.

“He was told of something that crashed in Italy and it was later taken to the United States. But there may be something else to explain?”

“Mussolini was sure that the unconventional flying vehicles were not extraterrestrials. Why? Because it seems that the corpses which were found were like nordic-type humans”.

“And of course, this fit perfectly into the ideology and image preferences of the Germans during that time you understand”.

“But frankly, they were not Germans. If they were, the second world war would have been won by the Nazis”.

Thousands Of UFO Contacts Since 1907

The 1933 incident is just one of thousands of ufo sightings and contact incidents in Italy since 1907.

Pinotti has curated the most interesting cases of the past 113 years with the 1933 ufo crash among them.

Pinotti talks about why Italy is such a ufo hotspot in the following interview with Dean Caporella. He also expands on the 1933 Italian ufo crash and recovered bodies.