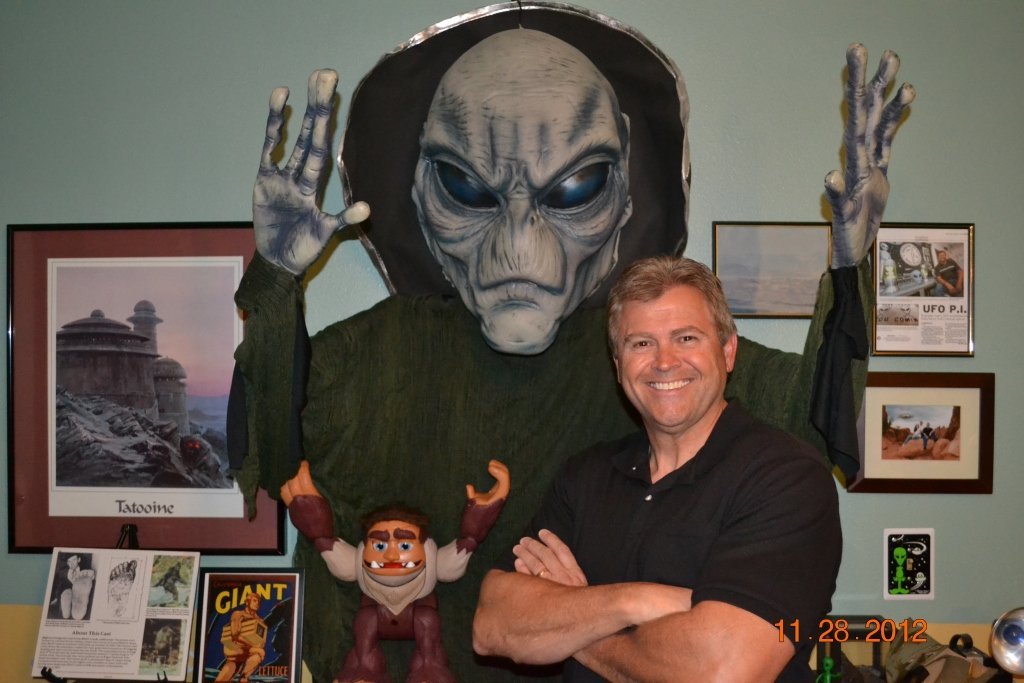 Chuck Zukowski has been a UFO field investigator for more than thirty years.

He’s one of the world’s leading UFO sleuths.

In a recent interview during the Aliens Revealed Live Summit he said it helps having a dose of skepticism before going into a case.

Zukowski, whose show Alien Highway has garnered a strong following on the Travel Channel because of its strong investigative nature.

He says his background in law enforcement has also helped him become a better investigator.

“But being a UFO field investigator actually helped me as a deputy when I was dealing with the public”.

“And one of the reasons obviously is because I talk with a lot of people and so I have that, you know”.

“I want to call it success or whatever, but you know, I could talk to people and understand what they’re trying to tell me”.

Being a top field investigator may require a little intuition.

Actually, a better term may be good judgement.

Zukowski honed this skill while he was a sheriff’s deputy and it has been a big asset during his career as a ufo field investigator.

“My interviewing skills, you know, when you’re talking to someone and can basically tell when they’re lying, or not telling the whole truth, or looking for evidence, different types of evidence…”

“So it was kind of like a handshake type of thing. The film investigative work that I’d done previously helped me be a deputy so I learned a lot from both ends”.

“So I felt really happy about that. It’s really helped me along”.

Zukowski, who featured as the lead investigator in Ben Mezrich’s best seller, The 37th Parallel: The Secret Truth Behind America’s UFO Highway, says it’s important to go into a case non-biased.

Zukowski says his ability to detect whether a case is worth investigating just from initial inquiries helps alleviate time wasting. He is adamant you don’t want to be biased.

“I’ve seen so many investigators or people who call themselves investigators, you know, declare oh yeah, that was a UFO. That was a mothership, you know? No, you got to go in non-biased, and thinking very analytically”.

“My full time job is, I design microchips. I’m an IC mass design engineer and I’ve been doing that just a couple of years less than the UFO stuff”.

“The thing is, when you design microchips and you deal with engineers you know, you’re very, you think very analytically, and I incorporate that into my investigations now”.

“That also means that when I get the investigations or I get sightings that come to my website or people contact me, it’s really easy for me then to decide, okay, which one I’m going to do?”

Can Every Report Be Investigated?

The number of ufo reports are all compelling. But again, Zukowski uses his judgement in choosing which ones to investigate.

“No, obviously you can’t do every investigation on every sighting because there’s just not enough hours in the day and I still work full time. So I’m using, you know, my free time to run my investigations”.

“What’s plausible first before you start looking at what’s not plausible based on the paranoia, what’s not normal”.

“So you know, lights in the sky…lights in the sky are now really hard to do now because we have just so many satellites up there and so many other things that we don’t know about from other countries that our country’s putting up there”.

“You know, there was an experimental shuttle that NASA had…well actually NASA – slash – government that just came back down and just landed. So there’s a lot of things out there. So it’s really, really hard to do lights in the sky without the lights in the sky being very unique”.

Zukowski Calls On His Cop Experience

Zukowski doesn’t have any trouble going through his cases now.

After more than 30 years of experience and analyzing each one before making a decision on which ufo case to investigate he says it now comes naturally.

But it’s his background as a cop that has enhanced his ability to “smell anything fishy” from the outset.

“Now where the law enforcement training came in and it’s really…it’s sad, but you know, I’ve learned”.

“The first thing you say is when you talk to someone it’s what type of medication are you on?”

“Or were you on any type of medication? Or, when you had the sighting were you drinking? Were you smoking pot? What were you doing?”

“Now, I’m not saying that, you know, if you’re smoking pot or drinking alcohol you didn’t see what you saw, but it makes it a lot harder to verify the case”.

“It makes it more difficult to validify it. Especially when people find out and say hey, that witness said he was high on grass and saw it. And you’re trying to make a case out of it”.

“So unfortunately those don’t work. You’ve just have to throw those out and they’re really good cases. I think you lose the validity depending on the situation of the person and you know, you’re doing it in time”.

“But you know, that was the cop in me coming out”.

Is Every UFO Field Investigation Closed?

Zukowski, whose website is simply UFONut.com told Aliens Revealed Live that most cases won’t be closed.

He says that’s simply because it’s hard to verify whether what a person saw was a UFO or some other type of flying craft.

Or whether they saw an alien or a creature of some sort. He says almost every investigation is left somewhat open. It’s just part of what a UFO field investigator has to deal with…it’s the nature of the job.