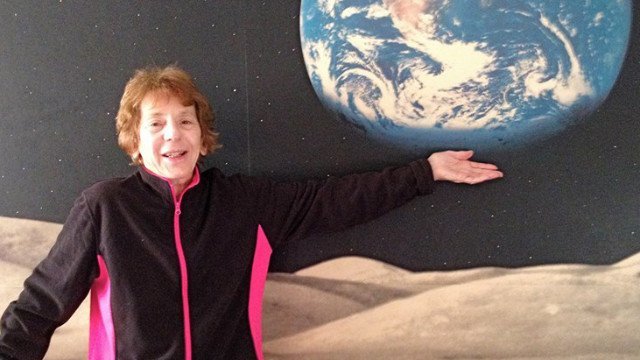 The UFO cover up has been alive and well since the Roswell incident, or so it seems. But how far does it really go back. Was Roswell the start or  was it happening well before 1947?

From the moment Kenneth Arnold reported seeing nine disc-shaped objects over Washington State to Roswell a week later, the UFO conspiracy machine appeared to get into overdrive.

And more than seventy years later, it appears to be alive and well al be it, snippets of disclosure have been evident recently.

Dr. Irena Scott brought up some interesting news during Aliens Revealed Live when she suggested the UFO cover up has been going on well before Roswell.

In fact, during her research and working life, Dr Scott has worked at some top secret facilities.

And she’s spoken with individuals with information not usually afforded to “Mr. and Mrs. Average”.

Questions About The UFO Cover Up

If you sit down and think about the alien cover up a little more deeply, you begin to have questions about the cover up conspiracy.

Such as why Kenneth Arnold ran into strong resistance after reporting what he saw. Or why was the Roswell clean-up operation so methodical and performed with speed.

It seems like they had either done this before. Or maybe had been preparing for a Roswell type clean up for a long time.

Just a few questions and at least during the baby boomer era, journalists were taught to question everything.

Dr. Scott, who  authored the best selling book, UFOs TODAY: 70 Years of Lies, Misinformation & Government Cover-Up, has garnished plenty of information relating to an ET cover up. She shared some interesting stuff during the ARL summit?

She needed to find out for herself about any UFO cover up rather than relying on what was being fed to the population by the government, media and other ufologists.

Here’s part of what she said after responding to a question of whether she sensed a cover up of UFOs.

“Well, we interviewed these two women that were daughters of a Reverend Holt”.

“He was going to run as vice president for Roosevelt but he decided against it. But he was high up in the government ranks. Very high”.

“He won the Nobel Peace Prize and we interviewed these two sisters”.

“They said they weren’t supposed to say anything about this until their father and his cousin Cordell Hull were dead”.

“But they said that Cordell Hull showed them a room that was under the Capitol”.

“It had some sort of a crashed ufo and bodies in there and he called them creatures”.

“They weren’t called aliens then. They were preserved, I think in formaldehyde or something”.

That was quite a bit before Arnold”.

“And that was the first evidence we had that the government might have known something way back then and has been covering up ever since”.

No, You Didn’t See What You Just Saw?

Makes sense when you consider the questions posed earlier.

Especially the precise nature of the Roswell clean up.

That seemed to suggest they had either performed this before in a real-life scenario. Or they “got giddy” performing drill after drill.

Which leads to another question.

Why would there be any need to perform or prepare for a crashed alien spacecraft clean up?

Dr. Scott gave an example of being told “what you’re seeing is not there”. It’s a classic method following UFO events when witnesses are basically brainwashed on the spot.

Covering Up The Cover Up

Dr. Scott was expert at assessing and identifying film and photographs. Any anomalies that shouldn’t be there were picked up quickly.

This was her “bread and Butter” and she wasn’t prone to making mistakes.

“I worked for the Defense Intelligence Agency”.

“My supervisors had reported we were supposed to use photography and identify all the airplanes in their particular location. And my supervisors reported a UFO to their supervisors”.

“I think my top supervisor might have been just “14” or something. That’s a pretty high ranking”.

“It was on two photographs so we could sit in stereo if we adjusted things. And there was definitely something that was there. “Well, their supervisors acted very strangely and kept insisting that it was a spot on the film”.

“And it obviously wasn’t because they even had it tested by a specialist and made sure it wasn’t a spot on the film”.

“It was on two different pictures. And so they were really surprised and mystified that their supervisors were telling them it didn’t exist when it was right there”.

Dr. Scott’s interview was during the Aliens Revealed Live Online Summit. She spoke on the UFO cover up issue and ufo disclosure. She also talked about an incident in her life when she had a run in with a mysterious stranger that could have cost her life.