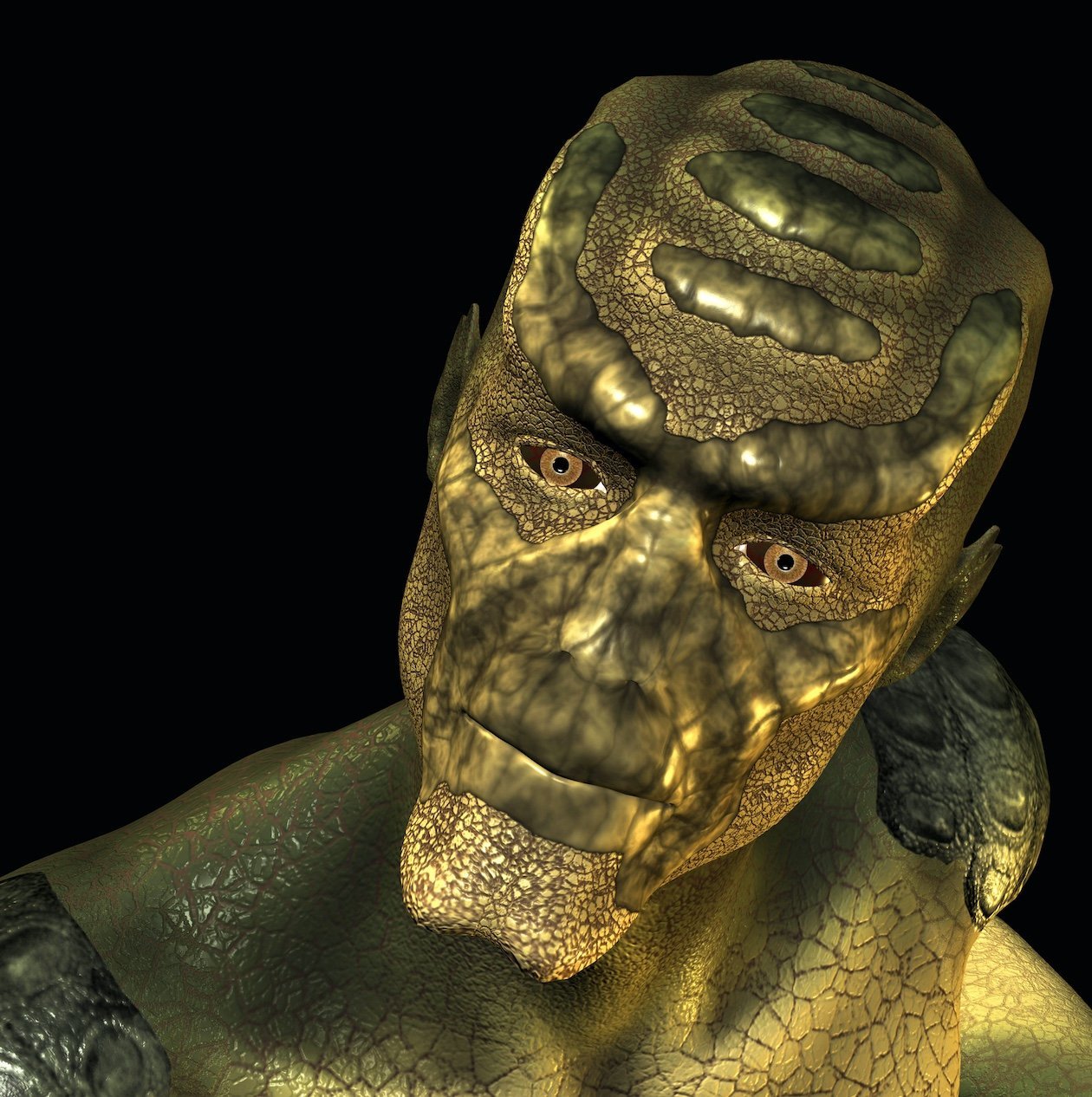 Lifelong contact experiencer Nancy Tremaine’s reptilian contact helped her get through some difficult times during her life.

Tremaine was taken on board an alien craft in 1961 but it would be half a century before she would learn the truth of her experience.

Regression therapy and some relentless research on her part established her abduction experience.

It was witnessed by others but unbelievably, was kept quiet for more than fifty years.

You can read and hear what happened by clicking here.

Today, with two books on the shelves, Symbiosis and Preordained, Tremaine prefers to live her life quietly while helping others come to terms with their contact experiences.

Tremaine’s reptilian contact guided her through an obviously confusing and traumatic experience.

She nicknamed him “Mister” and he seemed assigned to her when she was taken onboard the alien ship.

Tremaine points out that he was the only reptilian she encountered on a ship that seemed to be made up of a variety of different races.

These included the greys and what she described as angelic beings. The messages she received she says were from a collective mind, comprising all the species on board the craft.

“I have to say reptilian because the only reptilian being was Mister. The messages and the information that I get are either formed from “Mister” or from the collective mind”.

“The collective mind, I believe is a collection of not only the reptilian beings, but other species”.

In a recent experience, Tremaine says she encountered angelic beings. This occurred in 2015.

She had tapped into Mister’s consciousness and when she was taken on board the craft, she was greeted by what she describes as beings of an angelic nature.

“The angelic beings that I encountered was in 2015. I had tapped into Mister and we had gone on board the ship and I understood that it was the lower level of the ship”.

“When we got there, we were greeted by this angelic being who had this smile that was almost animated. It was humongous”.

“It was almost like he was waiting for us, but Mister was not in reptilian form”.

“And I do not see him in reptilian form. He is an energy. He has a presence. It was at that point that he was the size and shape of who he is, an energy. I can’t explain it any better”.

Tremaine was at times emotional during our interview. She has experienced a lot of pushback, criticism and opposition in her quest to tell the truth.

In her latest book Preordained, Tremaine talks about the mental boggle point.

Basically, it refers to even the most open-minded people pulling back their belief to what’s comfortable when they are confronted with information that’s not mainstream belief.

People in this situation will snap back to beliefs that are more socially acceptable.

Does that sound familiar as a believer in extraterrestrials and the paranormal?

It’s easy to understand Tremaine’s emotion during the interview especially when you read about the obstacles she faced during her truth quest.

She has lost a lot of family and friends during her truth-seeking journey.

But as I’ve learnt, she is a very determined and tenacious lady. And nothing will prevent her from sharing her messages with other contactees and experiencers, most of whom still remain silent about what they’ve gone through.

In the following interview excerpt, Tremaine talks about her reptilian contact Mister, the angelic beings and the challenges she faced in sharing her story and messages.