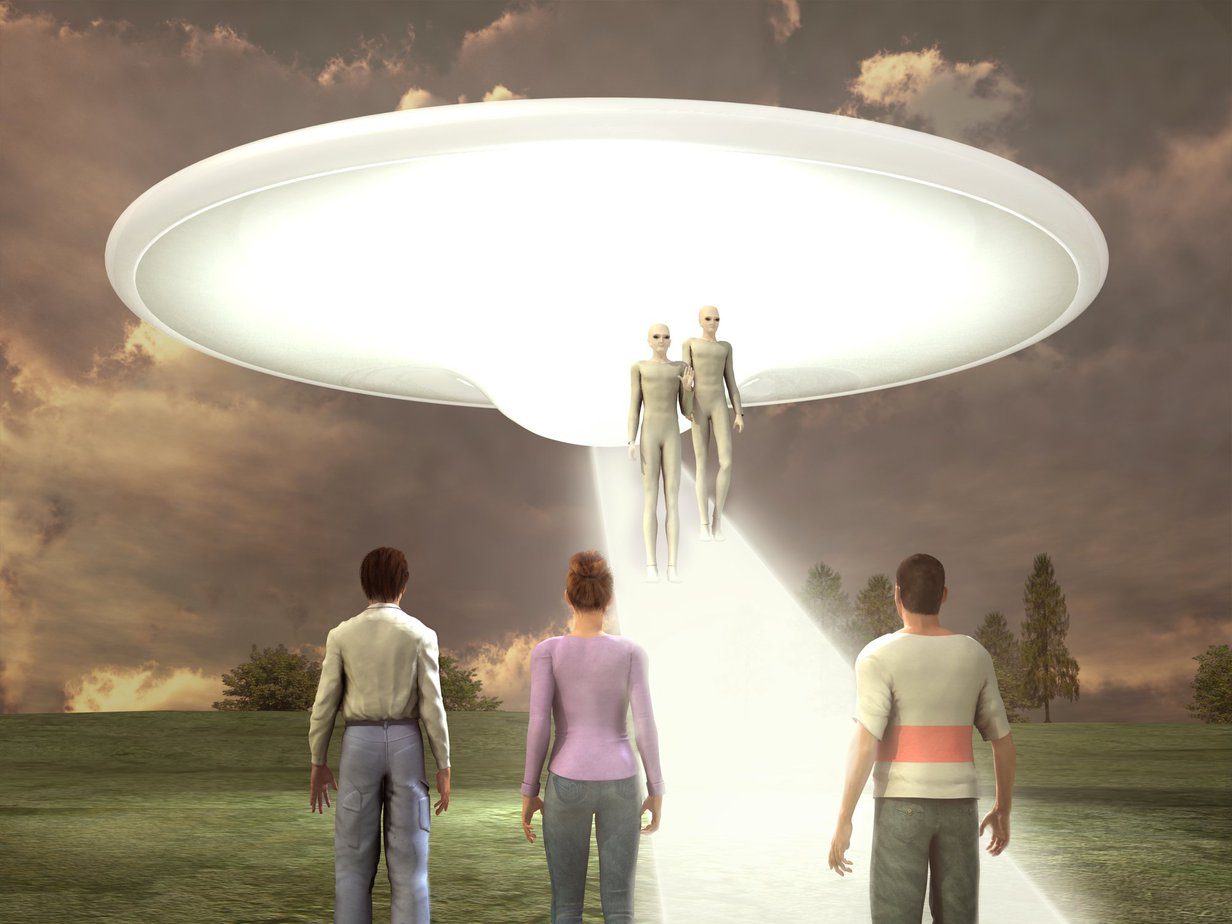 Are the extraterrestrials who created humanity returning to earth? According to the Raelian movement, the answer is a resounding yes.

The Raelian Movement has a message to give to the public. It’s a vast array of information regarding our origin and our future, given to its spiritual leader, RAEL, more than 45 years ago by the extraterrestrial scientists who created all life on Earth.

Leon Mellul is a spokesperson for the Raelian movement and he sat down with Aliens Revealed Live’s Dean Caporella to elaborate on this extraordinary message.

Not that we should be surprised that at some stage in our future, extraterrestrials will announce themselves to the world.

After all, they’ve been doing it to millions of individual people for thousands of years.

This message may not surprise the millions of individual contact experiencers around the world as they’ve been living their own private alien disclosure, many for a lifetime.

But the Raelian message is unique in it’s presentation and I’m tipping while many will welcome it with open arms, others will dismiss it.

There’s little doubt that the messenger, Maitreya Rael whose first encounter with a race of extraterrestrials called the Elohim, has gotten the attention of ufo-believing public.

Rael first encountered the Elohim on December 13th, 1973. They arrived and met him in a volcanic crater in the Auvergne in France.

He had a second meeting these E.T.s in October 1975. This time it was in the Perigord region of France.

What did they reveal to him? In the first visit, they explained life on earth didn’t occur by accident but was created by them.

In his second meeting, Rael was  taken onboard an E.T. craft to their planet where he met some of history’s greatest prophets.

So When Are The Extraterrestrials Who Created Humanity Coming?

When are these extraterrestrials coming?

Well, between now and 2035. With what’s going on in the world right now, many will say they can’t come quick enough.

Mellul says most of the requests Rael received from them before their return have been met.

The first was to create a movement and spread the messages he’s received. One request yet to be met is the erection of an embassy near Jerusalem. This is where the Elohim will officially meet the world’s political leaders.

Mellul says these extraterrestrials do not want to impose themselves on humanity. They want to be invited.

“Well, we need to understand that these people are not divine. They are not gods”.

“We need to raise our consciousness to welcome this civilization because these people are full of love”.

“And we are here just to be aware of this message and to welcome them with love, not in a warrior way or as invaders”.

“This is why they don’t want to impose themselves. They want to be invited”.

“They will come between now and 2035, because now we’re able to understand. It’s time we raise our consciousness. We need to stop killing each other, hating each other and instead,  loving one other.”

What Do The Governments Of The World Think About The Raelian Message?

The Elohim have stated to Rael that they want to meet the world’s political leaders. But are they even aware that an embassy is being built as an invitation to welcome them to earth.

Mellul says yes, they are aware.

“Well, we have been sending information files worldwide to governments”.

“One of the leaders of the embassy project, Daniel Turcotte, has been doing an excellent job sending information out to the governments of the world”.

“I have been busy sending letters to all governments including the government of Israel for many years. In Israel, all members of the Knesset are aware. They certainly know”.

“Right now, they are still loathe to mention this to their population bases. People, first of all, may freak out. Some may revolt as this will be a shock until people are able to understand”.

“This is why we’re lecturing and giving this message”.

“And the Raelian movement have been doing a ‘hell of a job’ by spreading this message worldwide to welcome the Elohim. They’ve also been doing a good job in raising our level of consciousness; raising the message of love on Earth and doing our best to prevent humanity from self-destructing”.

What Happens To The World’s Religions When The Elohim Return?

I asked Mellul a very pertinent question which usually draws the ire on many in the religious world.

“Listen, if we build this embassy which is the third temple, when they arrive people, I believe people will be conscious enough”.

“Our government leaders will create another system different from the one we have right now and will lead people to peace, love and understanding. And people will be ready”.

“Some of course, will never be ready and will revolt. But others will see the Elohim arriving, and they will recognize the Elohim as our creators”.

“If they recognize the Elohim as our creators, this means there is no God. The mystery of God is over and people will be ready”.

“Of course, there will be people that will revolt. Each religion has its own fanatics. Will these people be in the majority or minority. I don’t know”.

“What will happen? Probably one of two things, they will be able to understand or they will not”.

Are We Ready To Welcome The Extraterrestrials Who Created Humanity?

Are we ready to welcome the extraterrestrials who created humanity? What are your thoughts?

Several people have claimed they’ve been contacted by an extraterrestrial race and been given information and guidance on what lays ahead for humanity. In the following interview, I asked Mellul what makes Rael’s encounter with the Elohim different or more important than others.

I also asked Mellul to go deep into describing Rael’s first meeting with the Elohim. He talks about his second meeting and his trip to the Elohim’s star system.

And he talks about sections of the bible, especially Genesis where the Elohim played an important part in our history.

This is interview is thought-provoking and will challenge your beliefs about who we are and where we came from.

For more information on the Raelian movement, click here.