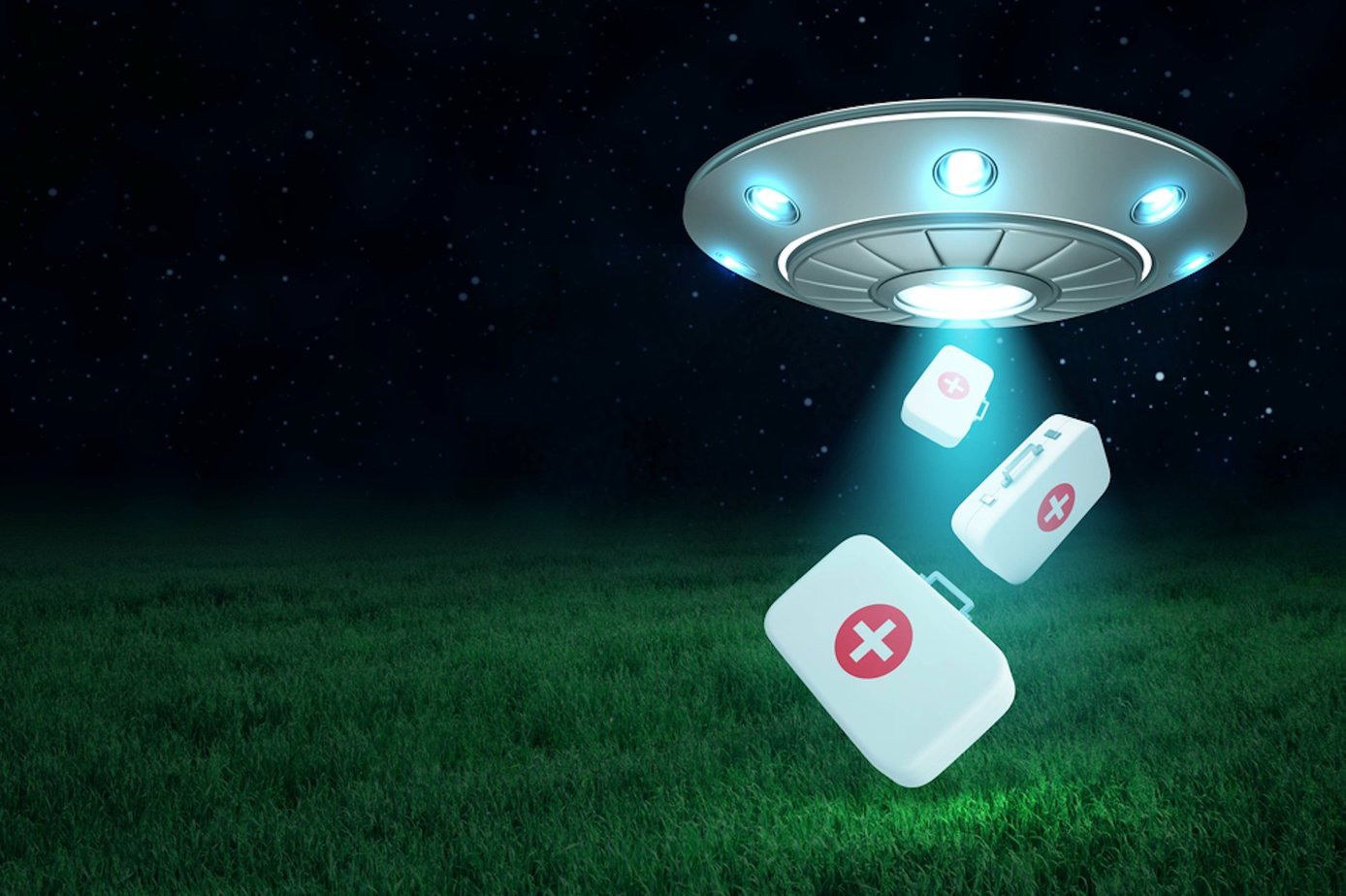 When alien doctors make a house call it’s not likely you’ll hear a knock at the door.

This was certainly the case for artist and author Ronald Kinsella. It was 1982 and Kinsella, along with his twin brother Philip, were asleep in the room they shared. They were just thirteen years old.

It wasn’t long before they had visitors in the shape of the alien doctors.

Were they doctors? According to Kinsella, it’s a name he gave them because of their white appearance. He says they looked white and sterile.

He says they informed him they needed to perform a procedure. Kinsella says he wasn’t frightened at the time in fact, he rather liked them.

But they were forceful and authoritative.

Kinsella says while some may refer to this as an alien abduction, he says he it was more of a snatching.

“It was very bizarre. It was what I refer to as a snatching. I don’t like the word abduction”.

“Personally, I don’t like the term abduction. To me personally, it’s decaying”.

Up until this stage, Kinsella had never taken an interest in ufos or aliens. He’s still not sure why he was chosen by his alien doctors.

His brother Philip was asleep and completely oblivious to his experience.

The manner in which Kinsella was taken still defies logic. When many experiencers describe the moment they are taken, it’s usually a slow process which they have no control of.

But for Kinsella, he made a more startling exit from his room to make his way to the alien doctor’s ship.

“I was taken from the bed and just shot right up into this thing. I don’t know what it was. It was dark but I knew there was something there”.

“And I was immediately in this chair and they were around me”.

“The one in charge was behind me. I could not see him. He made it quite clear. I couldn’t see him or see his hands. I never counted his fingers”.

“Unfortunately, he was wearing gloves, but there were three ahead of him in a type of operating theatre. It was sterile”.

“Actually, I can’t really say it was an operating theatre. That sounds corny, but it was their version of a similar room”.

“So I’ve reflected again and again and this is the thing that amazes me when people say, ‘well you color it or you add emphasis to it’.”

“That’s one thing I pride myself on. I have never done that. Never. Because I’m curious to know what they were”.

“I knew they were strange because of what they were wearing”.

“I think they were taller than us. Well, I was thirteen and I was quite tall for a thirteen year old, but the three standing back, they didn’t talk at all. They never talked. They never spoke”.

When the alien doctors had settled Kinsella down, they began to perform the procedure they had intended for him.

Kinsella still doesn’t know to this day why he received the treatment. All he was told was that it had to be done.

He says the surgery appeared minor and was done performed near the head region.

“It took a long time to decipher what happened to a degree. Now when they done performed this surgery on my head, the doctor, the chief, was telling me it was it had to be done”.

“I remembered exactly what he said, ‘we’re not going to harm you’.”

“He basically had to do this procedure on my head. And it’s funny you know, after that, I’ve never had a fit before and I never had one since”.

“And of course, I wouldn’t tell anyone about this incident except my brother”.

Kinsella has always wondered why they took him and not his brother who was in the same room.

“I have thought about it. Phillip had an experience later on, not with them, with something different”.

“And I did wonder whether it’s because we’re twins and whether they perhaps were interested in clones”.

“I know it sounds ridiculous, but it did pass my mind whether they were curious of the fact that we appeared to be one of the same”.

“I know not every twin is exactly identical. There must be some change or difference in the DNA. But it did cross my mind. He had an experience a bit more negative than me. I’ve never seen the doctors again, thankfully”.

Kinsella has been very active as a ufo researcher in the past few years.

With a string of both non-fiction and fiction books to his credit and a definite talent for art, he along with his brother Philip are on a crusade to expose the truth.

His latest book is The Digital Demon: Countdown To Disaster and in it, he touches on some very delicate subjects.

In the following interview, Kinsella talks about the frustration about not being able to measure an experience such as the alien doctor’s visit.

“I don’t wish for them to be spacemen or inter-dimensional creatures but it was real”.

“There is absolutely no way to prove their existence. And as you said yourself, it’s perhaps exactly what they want”.

“And it’s an interesting point you made when you said they want people to know about them, but they do it subtly”.

“I think the good thing about the passage of time and the wonderful thing about our age is people are a lot more open minded”.

“And they’re a lot more inquisitive”.

Kinsella talks about other experiences in his life, his brother, a comparison with his experience and the classic movie, Close Encounters of the Third Kind and coincidences in life.