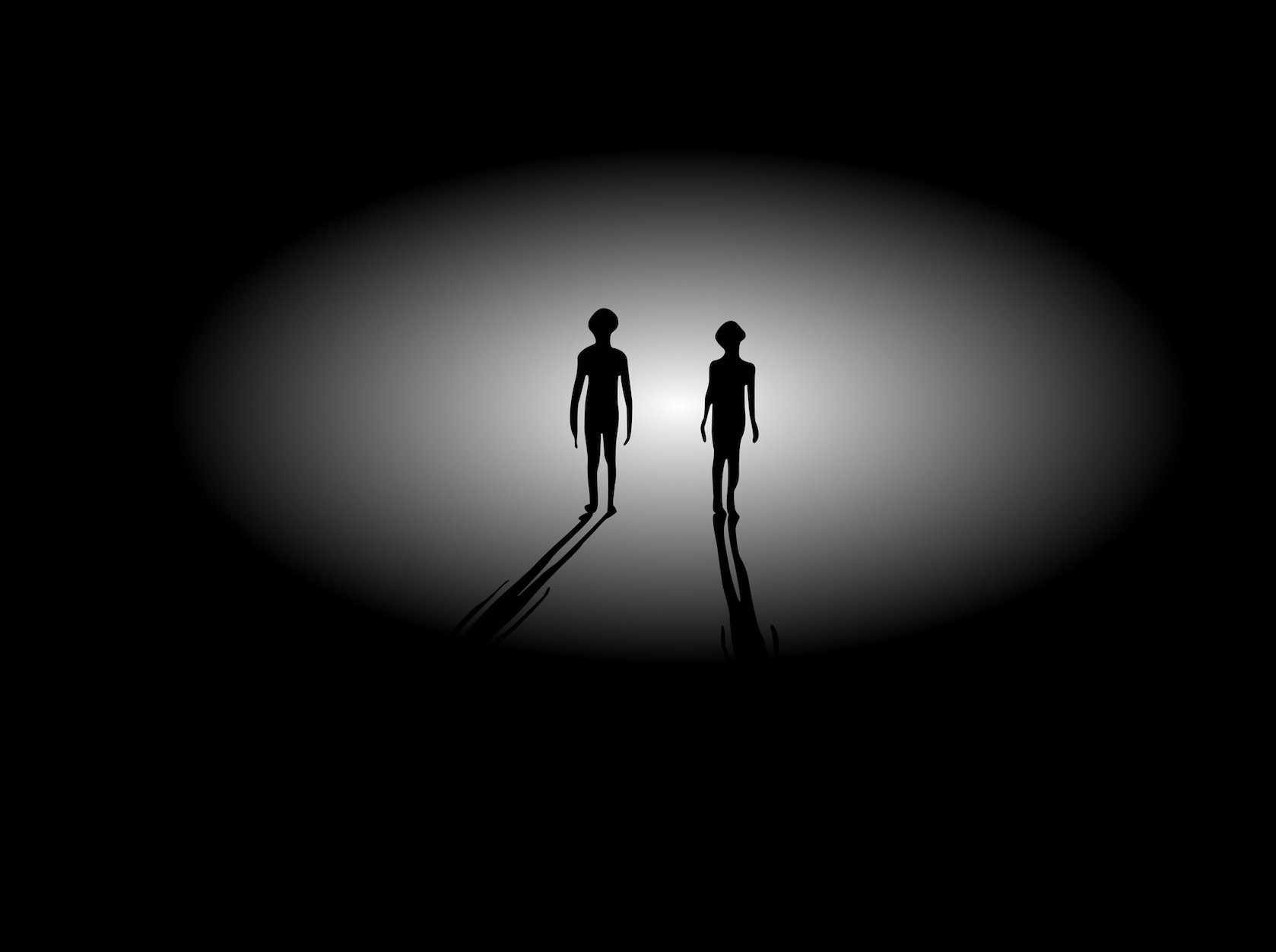 An alien visitor, a meeting with the council of eight and a message for humanity; all lumped onto the shoulders of a fourteen boy from Yorkshire.

Kevin Briggs has had lifelong contact with extraterrestrials and his first alien visitor appeared when he was eight years old.

It’s no surprise it frightened the heck out of him.

The second encounter happened a year later before his landmark alien visit at age fourteen.

Now in his sixties, Briggs has been on a mission in recent years to share his experiences. This came following a request from his alien friends.

Consequently, the message has been centered around spiritual consciousness and so far, Briggs has done a good job relaying it to those who will listen.

An Alien Visitor With An Underlying Message

Briggs third alien visit, which introduced him to the council of eight, had a strong purpose.

The aliens expressed the usual concerns about humanity however, the main message centered around the use of consciousness.

“They realize that we are polluting our planet. The technologies they have can help us turn that around and they can give us a technology so it can self-sustain our planet, without killing it”.

“How we share that one consciousness both with the trees, the plants, the animals and the earth itself. And also the other lifeforms within the universe”.

The Alien Visitors Make A Request

Briggs has been under no illusion that sharing the information he has been given is going to be difficult.

Are we as a race, ready to receive what the council of eight shared with Briggs? Well into the 21st century and with the current turmoil, now seems a good time.

“I said, well, I don’t mind talking about my interactions, but I’m not a writer. And Ort said, we will continue to guide you. We will continue to teach you and we’ll give you information to include in the book, which they did”.

“The following morning I told my wife about the visitation and I started writing the book and it was published last year in May”.

“And I’m surprised at the interest in the book. It’s just been an amazing journey in 18 months really”.

More Than 50 Years Of Alien Visits

Briggs first book is titled Spiritual Consciousness: A Personal Journey where he covers more than fifty years of contact and alien visits.

Briggs was reluctant to speak out about his relationship with his alien visitors. The need to get their message of spiritual consciousness out combined with a strong demand for it, has given him encouragement that he’s on the right track.

Meanwhile, the following excerpt is from an interview I recently conducted with Kevin Briggs and his early interactions with his ET visitors.