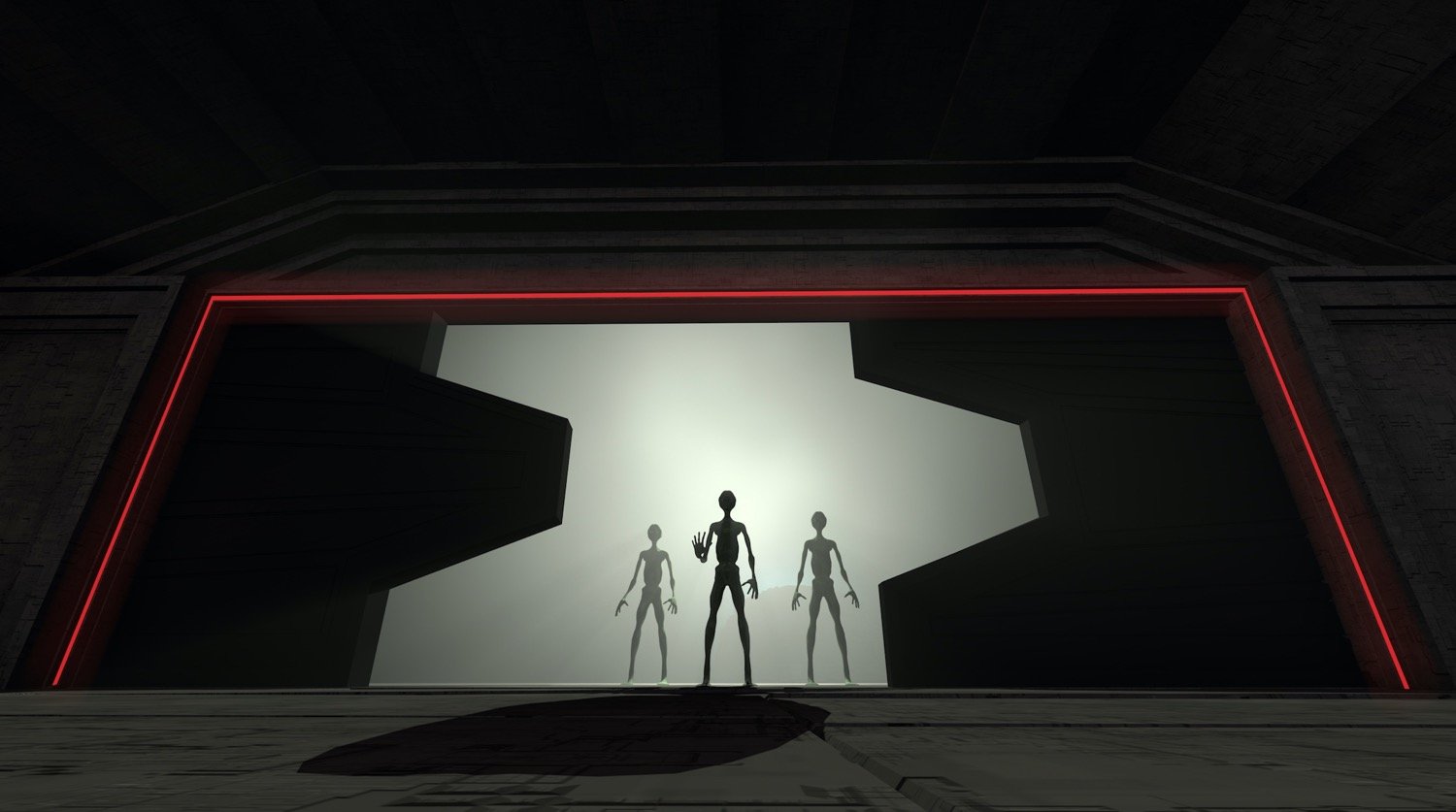 It happened on a night in 1979 on her way home from work in South Florida beside railroad tracks at 2.30 in the morning. Click here to hear her amazing account.

Lynge Kehl up until that point, was questioning the existence of aliens despite experiencing ET and paranormal moments during her life.

But her experience and encounter with what she described as tall white aliens not only took her breath away, it changed her thought process as a person.

Lynge Kehl was trying to rationalize what she was being taught in a strong christian environment and what she was experiencing from the other worldly realm.

Following her alien encounter, she headed to her parent’s place because as she says, she had to tell somebody.

And it wasn’t long before she discovered she had experienced missing time.

Missing time is one of the symptoms of an ET encounter.

Many abductees report chunks of time disappearing from their timelines with no explanation.

Well, no explanation that makes any rational sense.

Lynge Kehl was both frightened and excited at the same time. But she would soon learn she wasn’t the only member of her family who had encountered aliens.

“What Happened To Two Hours Of My Life?”

Lynge Kehl would not only discover she’d lost two hours, but her mom was about to reveal something that initially made her angry.

“It’s the middle of the night and I’m thinking it’s like 2:45 am and here I am banging on the door”.

“My stepfather came to the door and said, ‘Teri, what are you doing here at this hour of the morning’ and I said, ‘Morning? It’s the middle of the night’.”

“I thought well, he’s so tired he doesn’t know what time it is”.

“I said, ‘I can’t believe what just happened to me. I just have to tell somebody’. And she said, ‘okay, but I gotta get ready for work in a little bit’.”

“And I’m like, ‘how could that be’? I had never heard the term missing time. I didn’t know it existed”.

“And all I could think of was, ‘what’s wrong with everybody in this freaking world’? You know, nobody makes any sense”.

“First Missing Time, Now You Tell Me You’ve Seen Them Too”

Lynge Kehl was still processing the factor of missing time. What her mom was about to tell her would make this night even more weird. She was no stranger herself to alien experiences.

“I was just high in the moment of that experience and she listened very quietly as she brewed the coffee. She sat down next to me and she put her hand on my knee and said, ‘it’s okay Teri. I’ve seen them too’.”

“You’ve never made me privy to this and all my life I’ve been talking to you about things and you’re ignoring me. Like I’m some kind of a fruit cake”.

“And she just said, ‘well,  it’s best that you don’t talk about these things”.

Lynge Kehl knew that this was the night her life would change forever. And the download she received from her first experience would have special significance.

In the following excerpt from our interview, Lynge Kehl talks about what happened right after the aliens left and why her mom didn’t talk about her own alien encounter.

She starts as she’s watching the alien craft leave over the Gulf Of Mexico.