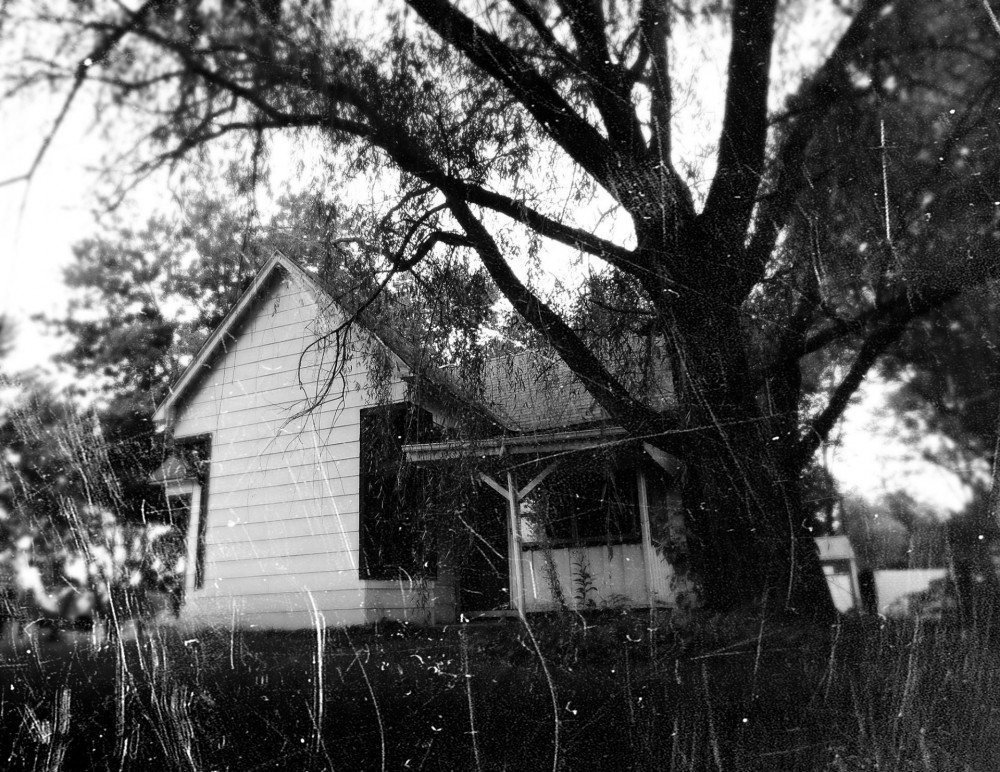 Willows Weep house has been described as one of the most haunted locations in North America. In fact, William Shatner gave that description during an episode of The UnXplained.

Spinks knows a thing or two about the unnatural. He had an encounter with a monster in West Virginia as a young man. He’s been researching and investigating sightings and encounters of strange creatures for more than 30 years.

Spinks has conducted several hundred investigations in the United States as well as Europe. During his paranormal excursions, Spinks has experienced many hair-raising and unnerving things.

But the Willows Weep house has even made the normally unflappable paranormal sleuth flinch once or twice.

Haunted houses appeal to many people. While they conjure up creepy images, more often than not, activity in a haunted house is usually not too confronting.

Willows Weep is not a good haunted house.

During an interview with Aliens Revealed Live, Spinks describes how he got involved with this horror house.

A house that has a bit of an Amityville horror feel about it.

“Yeah, about three years ago now, I actually purchased my own haunted location to study paranormal phenomenon and I had become friends with the former owner of this house in Cayuga, Indiana”.

“One day I had investigated this house after hearing about it through the grapevine. I heard how active it was with haunted-type activity”.

“And I went there several times and investigated it”.

“And fully charged camera batteries and what not, just totally draining out”.

“And you know, on a couple of occasions I felt as if something had touched me that was unseen”.

“Once on the back of my neck and once on my arm. The devices we were using were often taking hits or lighting up”.

“And they were registering unexplained phenomena in the house such as high EMF”.

Willows Weep is a house that doesn’t need power directed to it by the local power company.

It seems it’s an entity all on it’s own and capable of generating its own power source.

“The interesting thing about that house is there’s no power to it”.

“It’s registering high electromagnetic fields and there’s a whole lot of nuances of the Willows Weep house that we look for as paranormal investigators”.

“There could be several causes to the hauntings. There’s numerous deaths in this house.  At least three suicides, possibly four plus other deaths”.

“The house dates back to the 1890s and there’s a lot of native American influence there. There’s also whole bunch of those little factors and nuances that can contribute to a haunting type of phenomenon”.

A Haunted House Experience You May Want To Avoid

As far as haunted house experiences rate, the Willows Weep house could possibly be the most dangerous.

Spinks is a seasoned veteran in all things UFO and paranormal-related.

In fact, he could be described as a real-life Dean or Sam Winchester, the super hero monster hunters from the long-running hit show, Supernatural.

Nothing usually bothers him. Could the Cayuga, Indiana location actually be a portal to hell? It’s been suggested.

It’s one of several explanations being put forward. At this stage, no real explanation has been established as to why the house appears to be haunted.

Spinks says he is also investigating whether the Willows Weep location is built on a burial ground.

Remember what happened in Poltergeist? A house haunted out of existence after being built on burial ground.

“That’s something I’m looking into. There’s a lot more still to be done at this house. There was, according to the former owner, a child’s arm bone found under the house back when she had it”.

“It was taken to a local doctor where he examined it and said…’yes, it’s definitely a child’s arm. Bone looks fairly old though’”.

“So they, according to what I was told, they called the local sheriff. The sheriff took the doctor’s word for it”.

“He told the former owner to either get rid of it or put it back. I found that highly unusual because normally, if there’s a human body part found they would do some sort of investigation”.

“So that’s still up in the air. That’s the next phase I have to go to, to find out, hey, maybe this house is built on native American burial ground”.

“Or do you want to go way outside of the box? Maybe there was somebody that was murdered and buried under the house”.

“We don’t know yet and there’s a lot more to be discovered there”.

Dave Spinks spoke mainly about UFOs and the large occurrence of monster activity in West Virginia during his thirty two minute interview at Aliens Revealed Live.

While it was riveting stuff, the Willows Weep house was the topic that seemed to make everyone sit up and take notice.

It’s one place you might want to give a wide berth too until Spinks figures out what’s really going on?