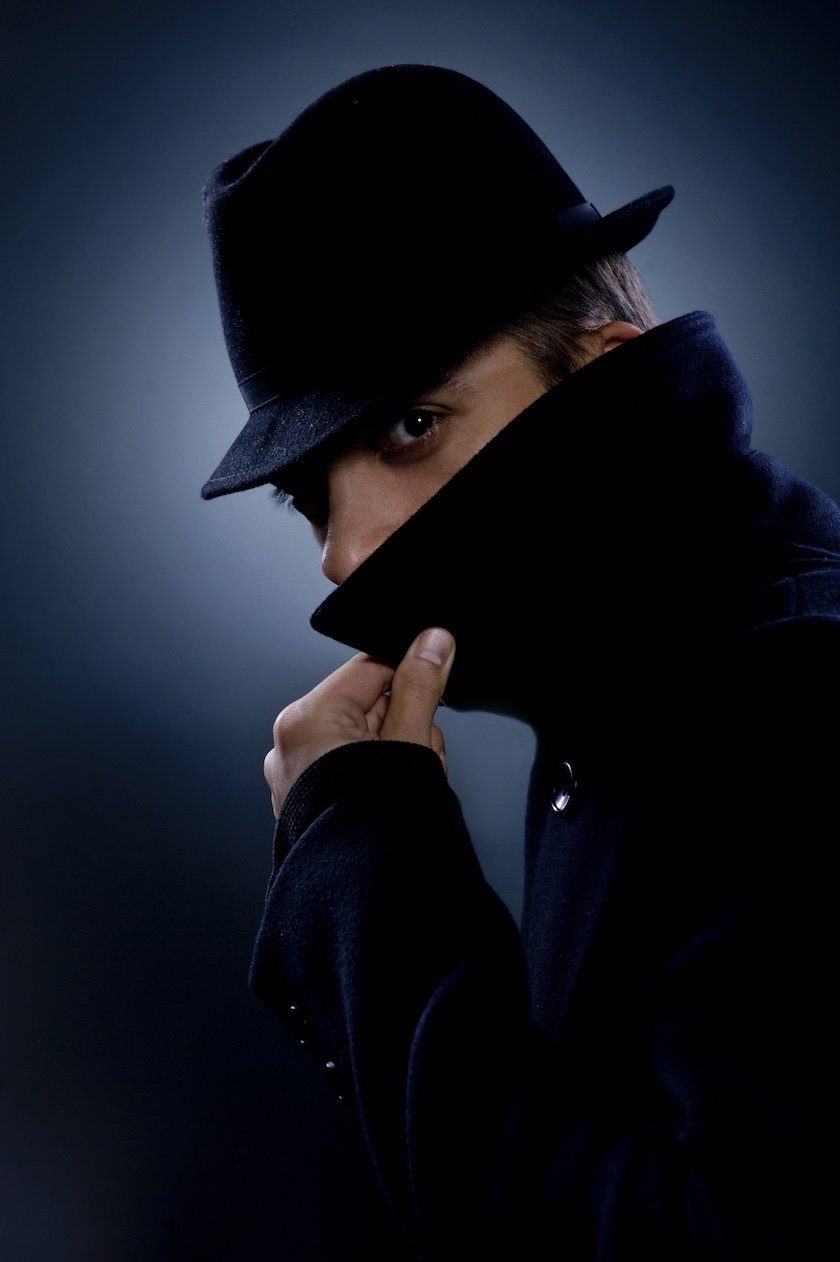 Are there real men in black photos out there that prove these mysterious characters actually exist?

What about on film?

There’s an enormous amount of witness testimony on the men in black but when it comes to visual evidence, it seems these symptoms of the ufo phenomenon are pretty elusive.

But don’t worry, there is actual evidence available in the shape of a handful of photographs and film according to ace researcher Nick Redfern.

Redfern is one of the leading ufo researchers on the planet.

But when it comes to the real M.I.B., there are few people who know more about them than he does.

The Real Men In Black Photos

Redfern admits that there is very little in the way of real men in black photos. There’s even less film evidence of the M.I.B.

The most famous photograph involved Tim Beckley and Jim Moseley in the late 1960s.

It happened in Jersey City when they were able to snap a photograph of a mysterious figure who had been watching a woman’s apartment for several days. Her name was Mary Robinson. Nick Redfern takes up the story.

“Mary phoned Tim Beckley and said, ‘you know those men in black people that you investigate?”

“Well, for the last few days there’s been one looking out over the road from the opposite side of the road to our apartments. Just staring at my apartment and he’s clearly looking at me’.”

“So Tim found Jim and said, ‘why don’t we get out there tomorrow morning at the same time that Mary said she’s been seeing him and try to see if we can get a picture’?”

“So they went out to Jersey City the next morning at rush hour time”.

“And they managed to slow the car down outside of Mary’s apartment. Sure enough, that guy was there and he managed to get one picture”.

“And in the picture, this man in black looks almost zombified. It’s got like a black fedora and if you blow out the picture and you look at the glasses he’s wearing, they do look more like ski goggles than sunglasses”.

“He’s clearly got a black suit, a long black trench coat and it looks like black gloves as well. And he’s just standing at the recesses of this doorway”.

“And he does have this almost detached, zombie-like stance. He’s just, you know, just standing there”.

Redfern says you can find the photo online.

What About Real M.I.B. Film?

Redfern says there is one really interesting piece of film footage captured on an Ontario hotel’s security system.

It involved two really mysterious characters but apart from that, film evidence is scarce.

It’s one of the enigmas of the entire ufo phenomenon.

With so much testimony about these mysterious figures, you would think the internet would be teeming with evidence such as photos and film.

But it seems they have a mysterious effect on the people they visit and capturing photographic evidence always appears to be far from their minds.

“There aren’t that many real men in black photos or film footage. In fact, that’s the only actual film footage that I know of that is, you know, supposed to be genuine. There are a couple more photographs but they’re sort of just pictures of a guy in a black suit”.

“But the Tim Beckley and Jim Moseley photograph outside Mary Robinson’s apartment, that for me was a genuinely sort of weird and eerie picture if you take a look at it”.

So, real men in black photos and film are scarce but there may be a good reason for that.

In the following excerpt from my interview with Nick Redfern, he talks about the Mary Robinson incident, the hotel film footage, when the men in black are most active and their effect on the people they visit.