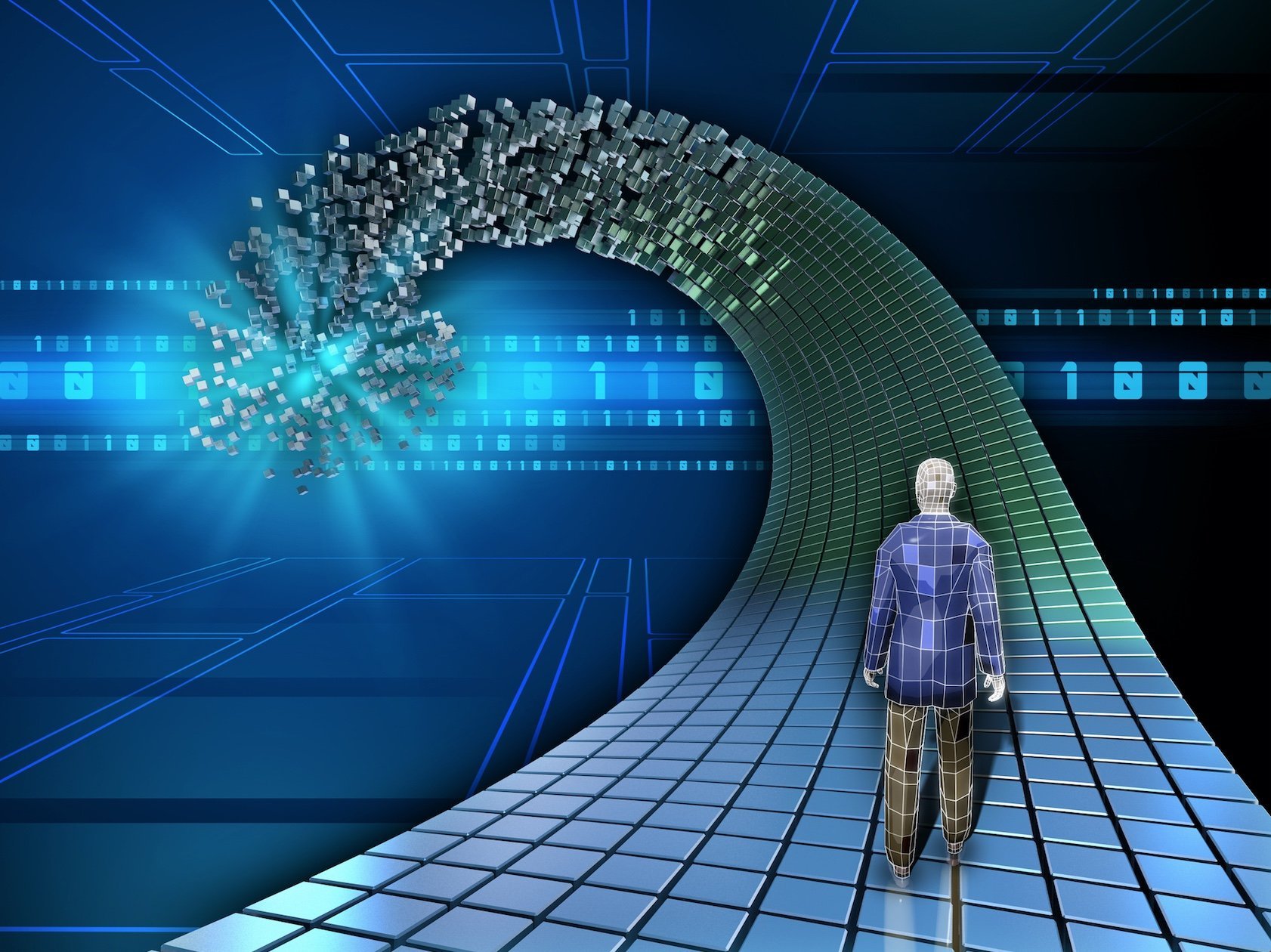 Real life simulation is a deep subject when you try and wrap your head around it.

An interview I did with Rey Hernandez in February during Aliens Revealed Live really “opened up a Pandora’s Box” of sorts.

Hernandez is a co-founder of the Edgar Mitchell Foundation for Research on Extraterrestrial and Extraordinary Experience.

He doesn’t “beat around the bush” and gets straight to the point. It’s got him offside with many in the mainstream ufology community.

But despite some criticism from the mainstream, what Hernandez has is data to back up his statements. Plenty of it.

Living In A World Of Real Life Simulation

Hernandez and his team are unearthing a new paradigm for understanding the relationship between consciousness, contact modalities and non human intelligence.

With thousands of people surveyed and documented in the book, Beyond UFOs, the emergence of the consciousness wave is here. And it’s here to stay.

Hernandez is following up his initial research with a second volume, A Greater Reality: The Relationship Of Consciousness, The Paranormal and the Contact Modalities.

However, with the worldwide pandemic “putting the brakes” on most things worldwide, it has been delayed.

Hernandez spoke about four major findings. The third and fourth really piqued my interest but are the ones that seemed to draw unfavorable reaction from the mainstream set. They were that the experiences people were having were spacetime experiences or manipulation of spacetime.

But the underlying finding here is that the experiences people reported are all interrelated. These include UAPs, UFOs, near death experiences, out of body experiences, ghosts, spirits, channeling, remote viewing, ESP, hallucinogenic journeys and orbs.

We Live In A Simulated Reality?

So, real life simulation? Is what we do and see real?

We warned earlier that this is deep and may take some getting used to but again, it’s hard to argue with all the data Hernandez has collected.

But what is life simulation or simulated reality? Well it means we don’t live in the physical reality. Hernandez told Aliens Revealed live:

“Another one is Niels Bohr. Half of them started reading the Bhagavad Gita. All the ancient mystical texts – some of them became scholars in it like Schrodinger”.

“All of them believe that consciousness is primary. Not all of them, but most of them are these early quantum physicists”.

“I think it was very famous theoretical physicist Sean Carroll, who came out recently about the possibility of us living in a simulated reality. He hadn’t come out in the open before this because of fear and ridicule from his colleagues”.

“But here’s the man who has been nominated for the Nobel prize in physics”.

Realizing we’re living in a real life simulation opens up a million questions.

It’s like a huge jigsaw puzzle and could very well be the reason we’re all here. Maybe we are supposed to figure this thing out.

“We’re going to be laying out a new paradigm for understanding the relationship between consciousness and the contact modalities and non human intelligence”.

“It’s a totally new paradigm and a big jigsaw puzzle right now. We’re all totally freaking clueless as to what the hell is going on”.

“Even Dean Radin who I have the highest respect for in the field of parapsychology”.

“Dean Radin acknowledged to me that we’re totally freaking clueless as to what consciousness is. So we’re given little nuggets but we all believe that the experiencers hold the key”.

“The key that would open the door to be able to extract some of these golden nuggets as to what is the true nature of our reality”.

In the following excerpt from my interview with Rey Hernandez, he outlines the four findings from his team’s extensive research.

Listen to it several times because when you truly understand this, it may give you some clues to who we really are.