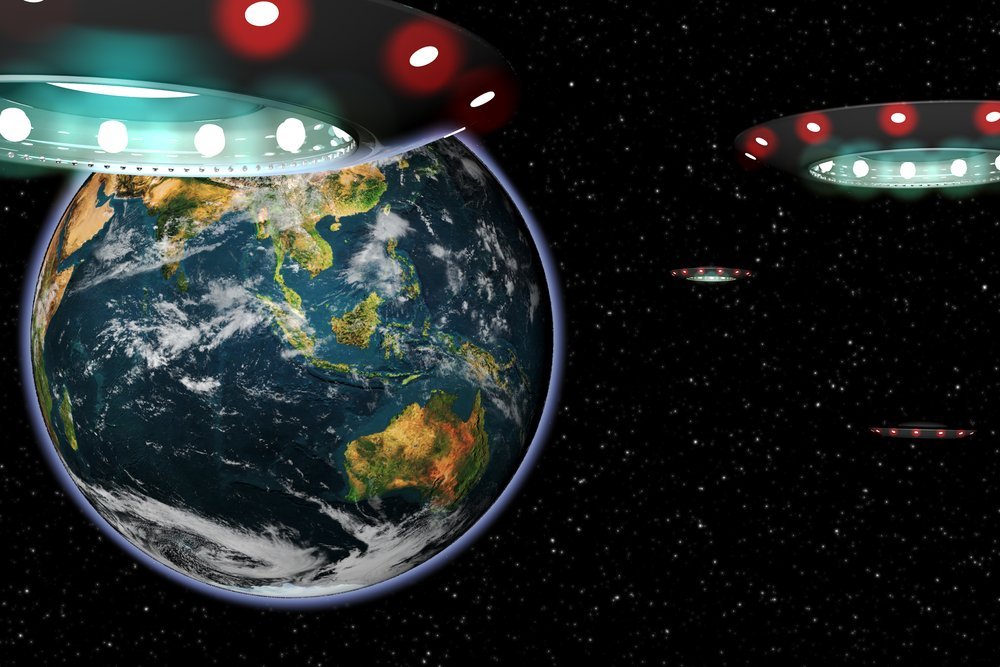 The topic of presidents and UFOs is tempting enough to make someone conjure up the wildest conspiracy claims.

For example, aliens in the White House or U.S. presidents that have held back information?

Or are they the central players in the alien cover-up?

How about claims that some U.S. presidents may have actually been aliens?

Or what about this – presidents are privy enough to receive the type of top level information regarding ufos because they are only in the White House short term?

That last question or observation may be closer to the real truth than what most people think.

So what’s the truth? How much do presidents really know about UFOs?

Have they the power and authority to step up and make UFO disclosure?

In the 1996 movie Independence Day, the president was actually shocked to learn an alien spacecraft and alien bodies were being kept at a secret facility.

When he found out, he punched out his Secretary of Defense.

Maybe fiction-based but in today’s political climate, is it really?

Is that getting closer to the truth? Possibly.

Presidents And The UFOs Cover-Up?

Since 1947, the alien cover-up has been the main talking point among both UFO researchers and their audiences.

It’s easy to point the finger at the person who is the country’s commander and chief. But should we look deeper?

President’s Carter and Reagan both declared they’ve seen UFOs. President Clinton wanted to know the truth and then made his famous speech.

He personally addressed a young boy named Ryan and declared – as far as he knew, no bodies were recovered at Roswell.

Webster Hubbell was assigned the task by Clinton to get to the truth. He later said in his memoirs even the president doesn’t have access to all classified files relating to UFOs and aliens.

Are President’s Helping The UFO Cover-Up?

During the ARL Online Summit in February, Stephen Bassett, Executive Director of the Paradigm Research Group, gave an excellent run down of all the US presidents since 1947.

He also talked briefly about the period before FDR’s  death. Bassett spoke about their knowledge and involvement in the UFO cover-up.

The presentation was as good a summary on the president’s knowledge of UFOs as we have seen. While it took more than 15 minutes in audio form, we have broken it down president by president since 1947.

Bassett gives his thoughts about each one and their level of knowledge about UFOs.

Since 1996, Stephen Bassett has been at the forefront of the disclosure movement.

The Paradigm Research Group was established in 1996. Breaking a government imposed truth embargo on the facts surrounding an ET presence engaging the human race isn’t easy. PRG are facilitating ways to do this.

Have all the presidents since 1947 been to blame for the UFO secrecy?

Or have they just been stonewalled? Can they do anything? Here’s Stephen Bassett’s response…

“Let’s blame – let’s not use that word. All of the presidents since Roosevelt have helped build the national security state”.

“They have helped build a massive intelligence community and to protect us from threats. And we have it, no question. So that’s not blame. That’s what they did”.

“Now, what presidents knew? A significant portion or a portion of the national security state -what the state was addressing”.

“A rather extraordinary reality that non-human intelligence was in fact engaging us in various ways. Some not known so well in the forties and fifties, but would be known later”.

“The situation was such that an awful lot of people had to put aside very strong feelings about this”.

“And then you had contactees that were having direct contact with extraterrestrials”.

“Some of which was unpleasant. They had to be fully closeted and couldn’t come forward. They had no support”.

“So the situation became toxic. It also became a constitutional crisis because politicians come and go, and they lie ,and they’re not trustworthy”.

“I would say that the military intelligence complex doesn’t come and go”.

“It is fundamentally men and women – it’s people that make careers out of it”.

What The President Doesn’t Know

Is information being siphoned to the public. Bassett continued to speak about the military industrial complex and it’s staff.

“So they look at the political class and they go, you are too dangerous to know this information. We have to keep it from you in everyone’s best interest”.

“And the total number of things that have been kept from the President of the United States. Lord knows how much. And one day we may find out or we may never. But one thing they have kept from some presidents is the ET issue. And so you have this”.

“I’m going to be doing an extensive interview with Ancient Aliens shortly about that, UFOs and presidents”.

“The history is being written up by Larry Holcombe who has written up somewhat of a comprehensive book, The Presidents And UFO’s: A Secret History. This is a book that Larry Bryant and I were going to write but the wheels kind of fell off my cart. It didn’t get done. But Grant Cameron has written a UFO story book about the Clintons, which is significant”.

Bassett then spent the next several minutes giving a brief but excellent summary starting with FDR all the way to Donald Trump.

During the summary, George H. Bush was highlighted by Bassett as a possible disclosure candidate but his loss to Clinton in the 1992 presidential election put a halt to that.

It was a fascinating insight into this much discussed topic of presidents and UFOs among the UFO research community. We’ll be providing the transcript on Stephen Bassett’s summary of the most powerful people in the world and their possible knowledge of UFOs and aliens in an article in the near future.

1 thought on “Presidents And UFOs – What UFO Secrets Do Presidents Know?”