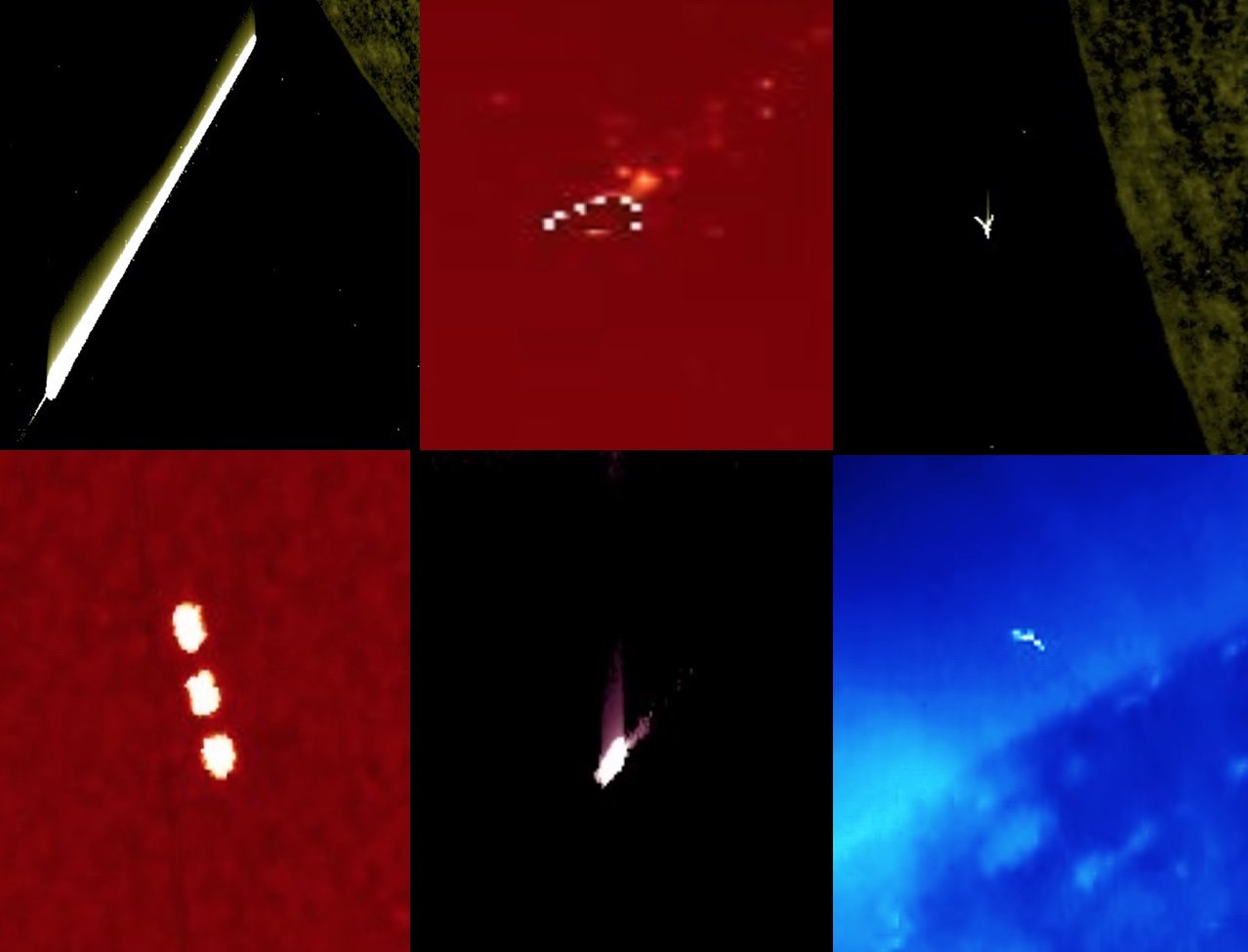 NASA’s UFO sightings seem to conjure up the most interest among the UFO fraternity and for good reason.

There’s been a long time conspiracy surrounding NASA and their willingness to release unexplainable evidence out in space.

I say conspiracy and use the term loosely. NASA themselves haven’t earned any favors in gaining the UFO public’s trust when it comes to releasing proof of aliens.

Also, it may be somewhat of an oxymoron to use the term NASA’s UFO sightings. Unless an insider or an astronaut comes clean about what they see in space, the public is usually none the wiser.

A little while back, we presented a story about the work of Major David Toon. He’s been doing his own research on NASA’s UFO sightings and has produced some interesting evidence. Here’s a quote from our previous story on real UFO pictures by NASA:

Major Toon stumbled across NASA’s own library of images by accident. He actually wasn’t looking for anything unusual, just a simple weather check. But he certainly got a lot more than he had bargained for.

A simple search for weather information ended up becoming a hobby which has seen him grow a personal file of over 50,000 images.

All “farmed from NASA’s own backyard”.

The feedback we got from our previous story on Major Toon’s findings was positive.

However, many people still questioned how someone can differentiate between images taken over such vast distances.

During Aliens Revealed Live, Major Toon explained how he differentiates between a natural anomaly, an image defect, a retouched image or an alien spacecraft.

“You have to understand it for yourself because it’s very easy to fool yourself that something is a UFO”.

“And most of it isn’t. What I look at in my images is something you’d call, along the lines of the Gestalt Principles”.

“Basically, that’s where you have proximity, similarity – things that general psychology would help us to understand how we bring this outside world into our minds”.

“And how to cognitively make sense of it”.

It’s natural for people to get excited when they see something out in space that doesn’t match the “natural terrain”.

Major Toon performs careful analysis on each of the NASA images that triggers his “UFO spider senses” before adding them to his files.

He explains further in the following excerpt how he determines what’s natural and what’s not.