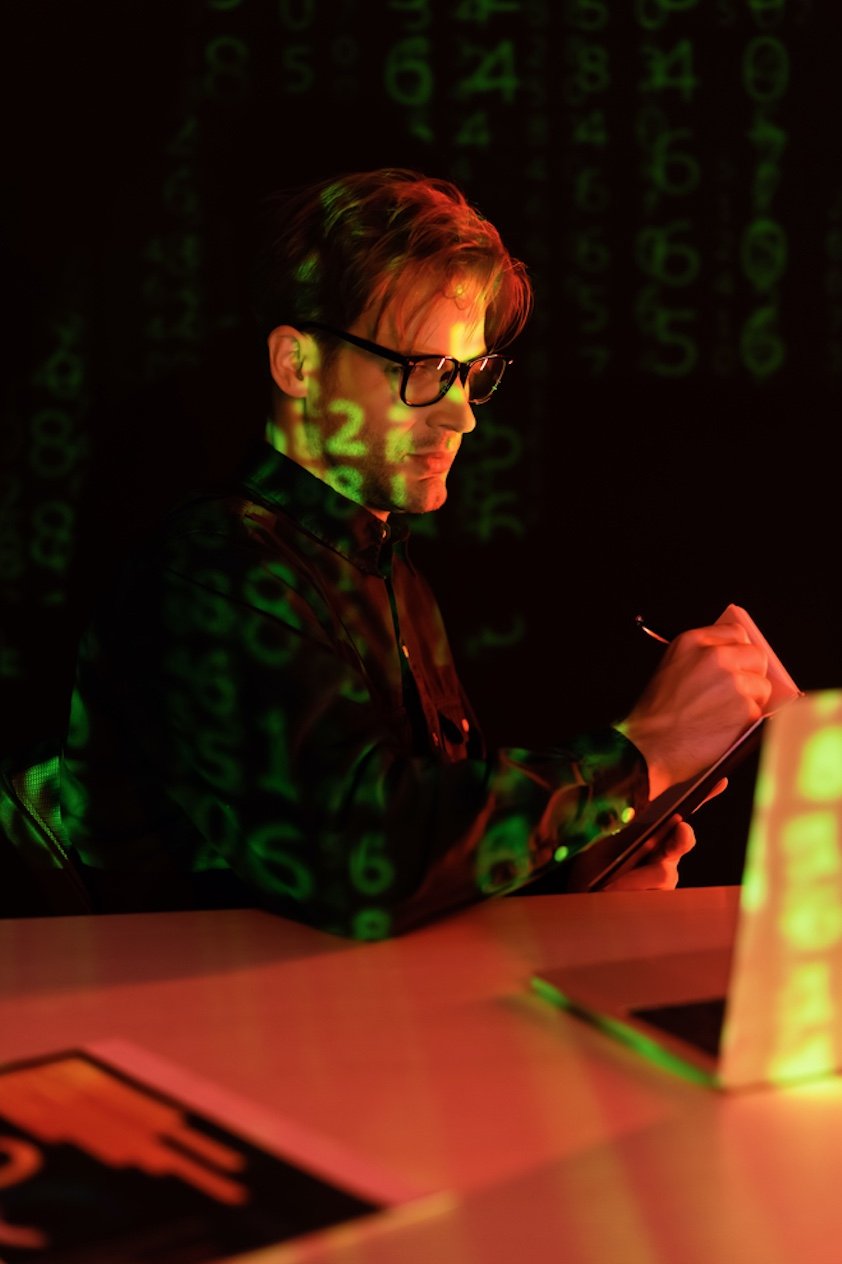 The Rendlesham Forest binary code added a layer to the famous ufo incident that has captivated audiences around the world.

There’s a mystery attached to Rendlesham unlike no other. And when one of the main witnesses Jim Penniston produced a collection of ones and zeros on a piece of paper, the mystery deepened even further.

The Rendlesham Forest incident in December of 1980 is considered one of the most significant ufo events in our history.

It’s been referred to as Britain’s Roswell. The two central figures at the heart of Rendlesham were Jim Penniston and John Burroughs.

Penniston released a book titled The Rendlesham Enigma: Book 1: Timeline. I believe this will become one of the most relevant books in the ufology niche and one you need to read.

But more than forty years after the incident, Penniston is still answering questions from a curious media.

Penniston never intended to use Rendlesham as a “cash cow”. In fact, he just wished it would have went away.

It’s been talked about and portrayed in so many television and radio shows and written about ad nauseam that the real facts have become distorted over time.

And that was the reason Penniston released The Rendlesham Enigma in 2019. But it’s the binary code which came to Penniston following the initial sighting that has researchers puzzled.

There are so many theories about what the binary code is. Theories include a message from future humans. It’s hard to decide what and who to believe other than those involved.

So Penniston decided to go on the record with his book and sat down with Aliens Revealed Live to talk about all things Rendlesham.

We spent a good part of the interview talking about the Rendlesham Forest binary code.

Penniston says he saw the ones and zeros immediately. By this he means when he touched the craft that was hovering in the forest.

He lived just three miles away from the Rendlesham base. When he eventually got home following the questioning, he found it difficult to sleep. He kept seeing the binary code in what he calls his mind’s eye.

After several attempts to fall asleep with the ones and zeros repeating in his mind, Penniston suddenly thought he was having a nervous breakdown.

He had made the decision to take himself to the base hospital but after thinking it over carefully, decided against it. What was he going to tell them?

“Then I’m looking through my notes cause I have some big belief of what’s going on. I guess it’s all trauma-driven and I’m thinking, ‘you know, I think I’ll write it down’.”

“So I’m just writing away and as a matter of fact, it was so bad that you know how you have pens and sometimes clog up them up, I clogged up my pen I was writing so fast”.

“Then I go through the drawer looking for another pen. I was trying to find a pen that writes”.

“I went as far as I could and I wrote about sixteen pages in the notebook until I couldn’t see them no more. When I stopped, it felt great”.

What Did The Binary Code Mean?

Penniston never imagined that what he had just written down would be some type of message.

He was more relieved that as he puts it, he “dodged a bullet”. In other words, once the relief set in after the final set of ones and zeros were emptied from his mind he was relieved he wasn’t going insane.

Penniston never planned to share what he had written down. The sixteen pages of binary code he had recorded following the Rendlesham Forest event was never going to see “the light of day”.

Or so he thought. In fact, it wasn’t until thirty years later that he eventually shared it with someone else.

During a film shoot involving renowned researcher Linda Moulton Howe and John Burroughs, the other major witness during the Rendlesham Forest incident, Penniston was asked about a time and date.

He began flipping through the famous notebook containing the binary code.

And when he flipped to the pages with nothing but ones and zeros written in them, Moulton Howe and Burroughs asked him what all the numbers were.

In fact, Moulton Howe told him it looked like binary code. Penniston admits he didn’t really have an idea what binary code was.

Penniston says if it wasn’t for that chance meeting with Moulton Howe and Burroughs, there was a good chance the binary code would never have been shared with the world.

The Code Gets Deciphered

Jim Penniston decided to think about what he was going to do with the Rendlesham Forest binary code.

Despite persistent contact from Moulton Howe, it wasn’t until a producer from History Channel’s Ancient Aliens program saw the code and was given permission to have it decoded.

He gets a call back from the producer four days later.

“You know, she’s beside herself. She says ‘it says something’ and I said, ‘you gotta be kidding me’!”

“It all started as something that was a spur of the moment thing. In fact, it was what I thought at the time, a breakdown”.

“And it turns out to be some kind of a message”.

Penniston sent part of the binary code to an Australian researcher and a researcher based in North Carolina. This, combined with the fact-checking performed by the Ancient Aliens crew, and it wasn’t long before the ones and zeros that caused Jim Penniston to think he was having a breakdown suddenly had an important message for humanity.

Penniston sat down with Aliens Revealed Live’s Dean Caporella for over an hour. They talked about the Rendlesham Forest binary code and the events leading up to the ufo sightings.

They also discussed the distortion of truth delivered by some ufo pundits. Penniston chatted about the investigation, touching the alien craft and more in the following interview.