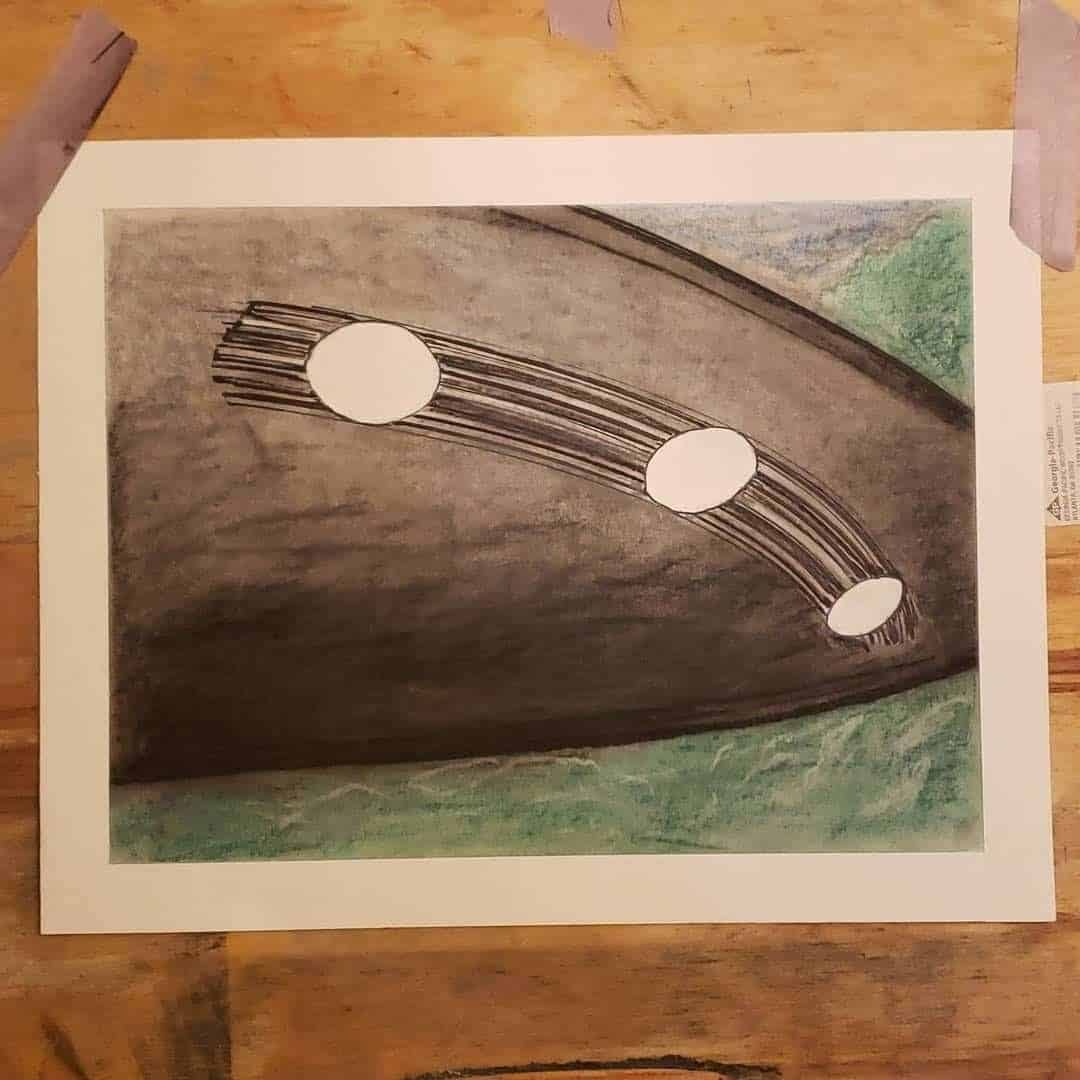 When talking about the most convincing ufo sightings ever reported we immediately think of the famous cases.

The Phoenix Lights in 1997 is the most convincing ufo sighting I’ve seen. I probably wouldn’t get too many arguments there.

But what about the most convincing ufo sightings we’ve never heard about?

There are thousands of them. For starters, all you need to do is peruse the vast ufo report files at Mufon. They are never ending.

And there are many amazing ufo cases among them. But why didn’t they hit the headlines?

When Henry Sangmaster had an encounter with a ufo on a very windy spring day in 2017, it forever changed his life.

One Of The Most Convincing UFO Sightings On Record

Henry Sangmaster’s ufo encounter occurred on May 4th, 2017. He was celebrating his fiancee Kyra’s birthday at a miniature golf club and it wasn’t until they’d completed their round that things got interesting.

Sangmaster and his fiance were leaving the facility when they were met by something that totally mesmerized them.

At first, Sangmaster thought it was a helicopter and he urged his partner to look at it. When she spotted it partly obscured behind a tree she quickly said:

“Uhhh, that’s not a helicopter”.

So Sangmaster focussed on the object again and to his amazement, it was like nothing he had ever seen before.

“When I first saw it, my mind tried to rationalize it by making it a helicopter”.

Kyra urged him to take a picture but he didn’t have his phone with him.

“I told her my phone was in the car. I clicked my key fob to unlock my car door and motioned for her to get it because I did not want to lose sight of it for any reason”.

The amazing aspect of this ufo report was that there were a lot of people around. They were also on a busy road. But no one else saw it. None of the drivers going past on the road stopped or even had an inkling it was there.

The ufo according to Sangmaster, was in plain sight for everyone to see. And the incident occurred in a very busy area in Northern California.

Why were they the only ones that could see it?

A UFO Hiding In Plain Sight?

At Aliens Revealed Live, we have often been told by ufo witnesses and contact experiencers that they are the only ones who are seeing a particular object.

It’s almost as if the ETs are putting on a show just for them.

“As Kyra left to get my phone, it started moving slowly along the road. I could not believe no one saw this big machine moving silently down the road and be unaffected by the wind”.

“I wanted to get closer but there were so many cars I was afraid of getting hit if I crossed the four lanes of traffic”.

“As it moved, I paced it, walking on the opposite side of the road. It moved so slowly along the road, I was easily able to keep up with it. At one point it lowered a little more and I thought it was going to land”.

“It then changed its flight trajectory and made a beeline back to the property”.

By the time Kyra had returned with the phone the object had evaporated into the landscape and was gone.

Sangmaster said he couldn’t take his eyes off the object. He was totally mesmerized by it.

“This thing was perfectly silent. It had what appeared to be recessed lighting like you would see in a kitchen”.

“They were frosted, white in the front and maybe about 18 inches across”.

“There was absolutely no machinery or propulsion system involved”.

“It was completely smooth. It was a dark matte gray or black color and had louvers in the front”.

Convincing UFO Sightings Don’t Get More Credible Than This

Sangmaster said the whole out of this world episode lasted five to ten minutes but it felt like an eternity.

He never took his eyes off it for one second. That’s how mesmerizing it was.

“It came to a huge intersection and it sits there for a moment”.

“Then it dips down a little bit to go underneath the power lines that are there”.

“And I thought it was going to land!”

“I thought this thing was going to sit on the ground and somebody was going to get out. It was just a feeling that was so intense”.

This ufo sighting came with little fanfare afterwards other than the Mufon report.

Mufon described it as “a hovering ufo that seemed to isolate witnesses”.

Neither Sangmaster or his partner Kyra, managed to get a photo of the object.

In the following interview, Sangmaster describes exactly what happened, why he thought it isolated them and how it affected his life.