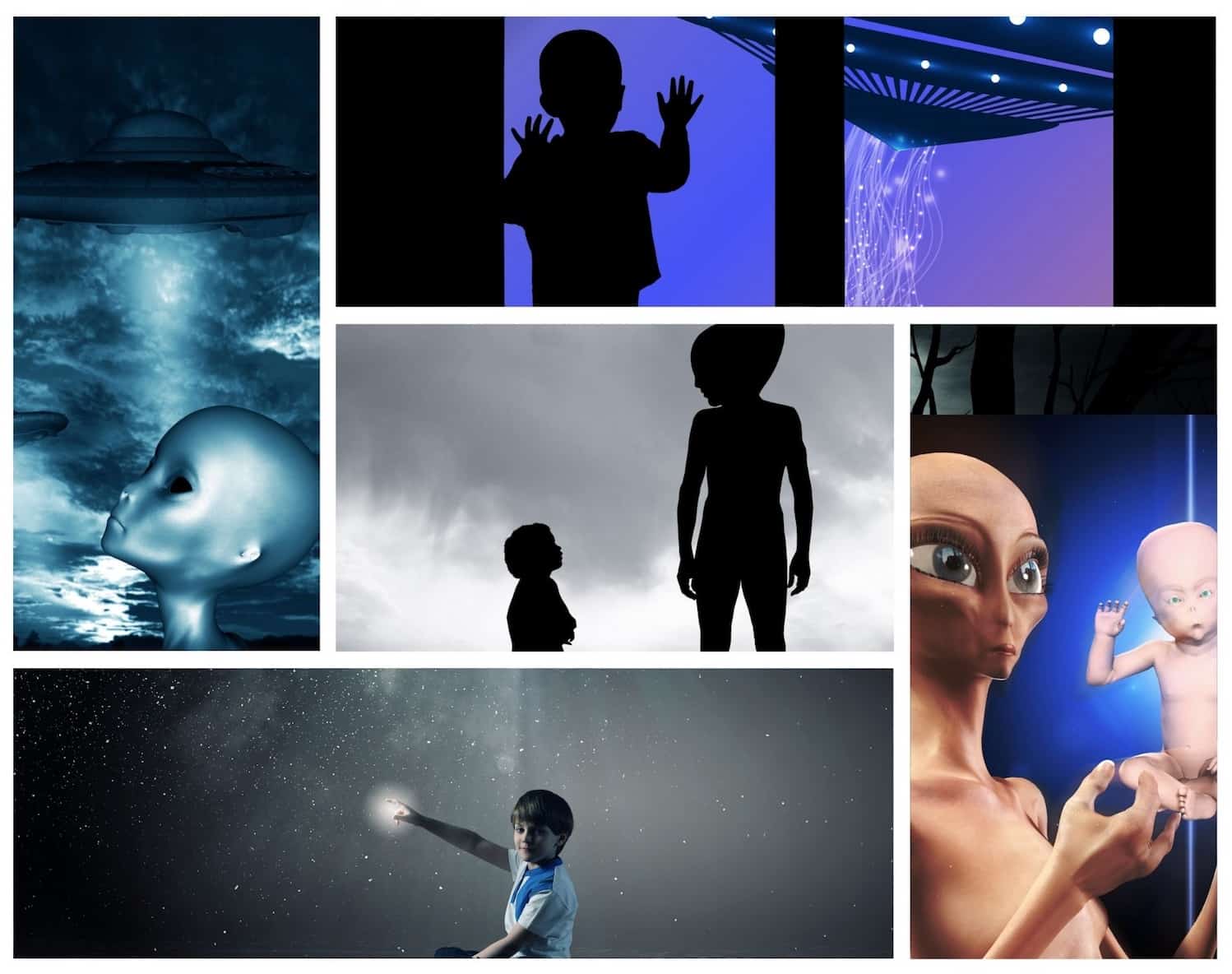 It’s hard to know whether alien hybrids are a modern phenomenon or whether it goes back thousands of years?

The unofficial answer is yes to the second question. After canvassing many views from ufologists, the belief is that the alien hybrids issue is as old as humanity itself.

I say unofficial because unless ET declares that ‘yes, we have been altering your species’ DNA for thousands of years’, much of what we believe is still considered conjecture.

One question which is always asked is how did we go from ape-like to human-like in the space of a few thousand years. We may never know.

I’ve interviewed many guests at Aliens Revealed Live who consider themselves alien hybrids. I’ve been amazed by the similarities in each of their stories.

But again, how long has this been going on? And is it to humanity’s benefit or detriment?

Alien Hybrids Among Us

Co-author of the best selling book Meet The Hybrids Barbara Lamb says, she doesn’t know the answer to that question.

Lamb is a certified counselor and hypnotherapist and has counseled hundreds of contact experiencers. She has done a ton of research on this subject.

And one message that is clearly coming from these people is that ET has been on a mission to raise humanity’s consciousness levels. This is the same message I’ve received from most of the contact experiencers I’ve interviewed.

It seems we are in an ongoing program of education and physical improvement. That suggests the answer to the question above – detriment or benefit – would favor the latter.

And that’s a big relief if true.

It makes sense that an alien hybridization program would benefit us. Realistically, why would ET go to the trouble of improving us? Is it to be able to interact with them on their level?

This next question always creates plenty of debate – were history’s most significant teachers actually alien hybrids?

Jesus, Buddha, Confucius, Krishna…just to name a few, all appeared to have wisdom beyond this world.

“I suspect it probably has been going on for a long time”, Lamb said.

“And it could be that some of our spiritual teachers whose wisdom goes down through the ages were hybrids. It’s possible that they were hybrids. They received this spiritual wisdom and perspective from these beings”.

“Hybrids I know all have had a lifetime of visits from the beings whose genetics they have”.

“So in other words, they have ETs coming into their room, daytime or night time”.

“And they are actually taken away to their craft for various purposes. This includes for educational and medical purposes.”

“They want to be sure they’re doing alright physically”.

“They heal them if there’s anything amiss with them physiologically”.

“And they have a lifetime of experiences with these beings. They love these extraterrestrials because they say the beings feel like they’re real family”.

“In fact, all of these hybrids whom I know have said that from the very earliest time in their lives, they always felt that their physical earth family is not their real family”.

“And they’ve always looked up in the sky and thought – ’oh, that’s my real home. That’s where I really come from’ – because they have the genetics from those beings out in the universe”.

The question about an alien hybrids program continues to remain open.

The truth is though, with so many experiencers relating their stories about their true origins, you could say the answers are being given to us “in plain sight”.

But until ET is officially declared real, all we can do is continue to listen to contact experiencer’s amazing encounters.

In the following excerpt of my interview with Barbara Lamb, she spoke about who is orchestrating the hybrid program. She talks about skeptics and whether hybrids are a threat to humanity.

The answer to that last question is one that’s always hotly debated.