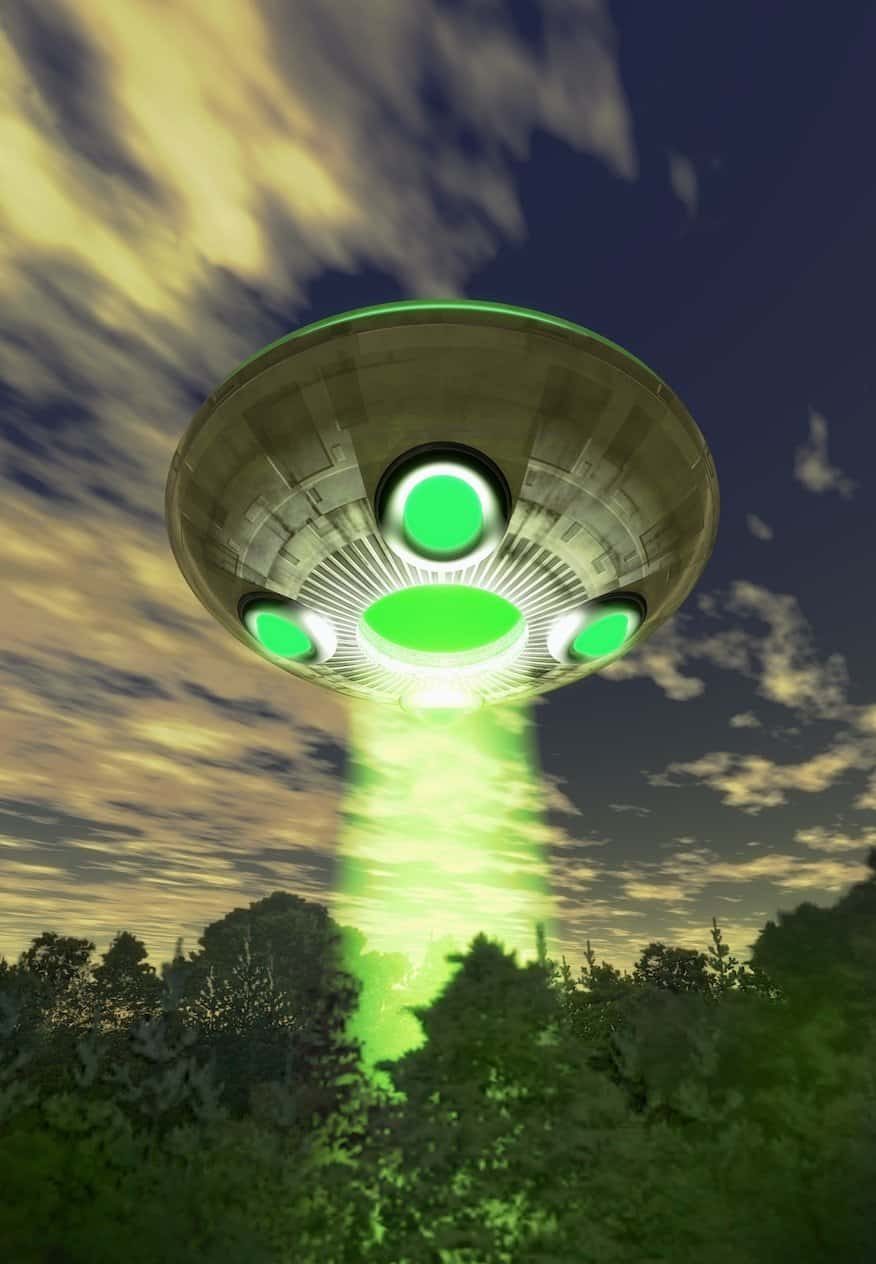 The incident at Devils Den was one of the most harrowing alien abduction accounts ever reported.

It took place during 1977 at a popular Arkansas camping destination.

Terry Lovelace and his best friend Toby went on what was a routine camping trip but what they experienced was nothing short of sheer terror.

He and his friend Toby traveled to Arkansas’s Devil’s Den State Park and set up camp away from other visitors.

Lovelace was on a short leave excursion from the Air Force and decided to avoid other campers.

Lovelace was looking for some real solitude on this trip after a busy and exhausting stint in the Air Force.

The incident at Devils Den was one of the big three alien abduction stories during a “golden period” in the 1970s.

I use the term golden period loosely. This abduction case, along with the Pascagoula Incident in 1973 and the Travis Walton abduction in 1975, really established alien abductions as a real phenomena.

Not that they weren’t already but people were still getting used to the idea that abductions of Earth’s citizens by ET was actually happening.

All three major abduction cases during that four year period were different.

All were terrifying in nature but the incident at Devil’s Den seemed to have a nastiness about it the other two didn’t.

Lovelace is a lifelong experiencer who had his first encounter at the age of six. He was in his early twenties when he was taken at Devil’s Den.

Lovelace is almost convinced he was manipulated into picking the camping spot he settled by the ETs. He and Toby were mesmerized by a set of lights in a triangle form on the horizon.

“No question in my mind we may have been manipulated to find our way to this spot”.

“You know, in retrospect, I have noted that it was almost as if Toby knew where to go. He chose the location and as we were driving, there were many forks in the road”.

“I gave him credit because he did have an innate sense of direction. So when he said, turn right, I turned right. It seemed like he knew where to go”.

“When we arrived, I wanted to camp right in the middle of the campground. But he was insistent that we camp back by the tree line. In fact, he was so insistent it kind of puzzled me”.

“But the importance of that became apparent a couple of hours later”.

The Incident At Devils Den Was About To Heat Up

The triangle shaped lights were originally far off in the distance. Oddly enough, while they seemed inconspicuous at the time, it soon became apparent that they were honing in on Lovelace and his friend.

“So the triangle shaped lights climbed into the sky. The stars were really out that night. There wasn’t a cloud in sky. We had zero light pollution and we were on elevated ground. So we could see the Milky Way. We could see the constellations which was really just breathtaking”.

“But as this triangle thing moved up, we could see that it was a solid object. The points of light always remained equal distance to one another”.

“So it wasn’t three separate objects in unison because there was so much starlight. The area inside the triangle was black against the sky and it picked up speed and gained in altitude”.

“I don’t know why but after it gained some altitude, it stopped and then began a descent. And as it descended, it was pretty obvious it was headed in our direction and it made a kind of  turning movement”.

“And it would do somersaults. There would be two points of light and the other apex of the triangle would come around to the top and form a triangle”.

Lights With A Purpose Of Movement

It settled above their campsite casting a massive shadow on the forest below. Two rays of light then shot out from the craft similar to a high powered searchlight.

What happened next would set events into motion that would have an effect on Lovelace for the remainder of his life and would ultimately lead to the demise of his friend.

The following is the full interview from the summit. Lovelace goes into explicit details of his alien abduction experience.

He also talks about the reaction of the military while he and Toby were recovering in hospital. Lovelace chats about his own “men in black” moment during his recovery period.

And he reveals news of an implant he discovered in his leg several decades after the incident took place.