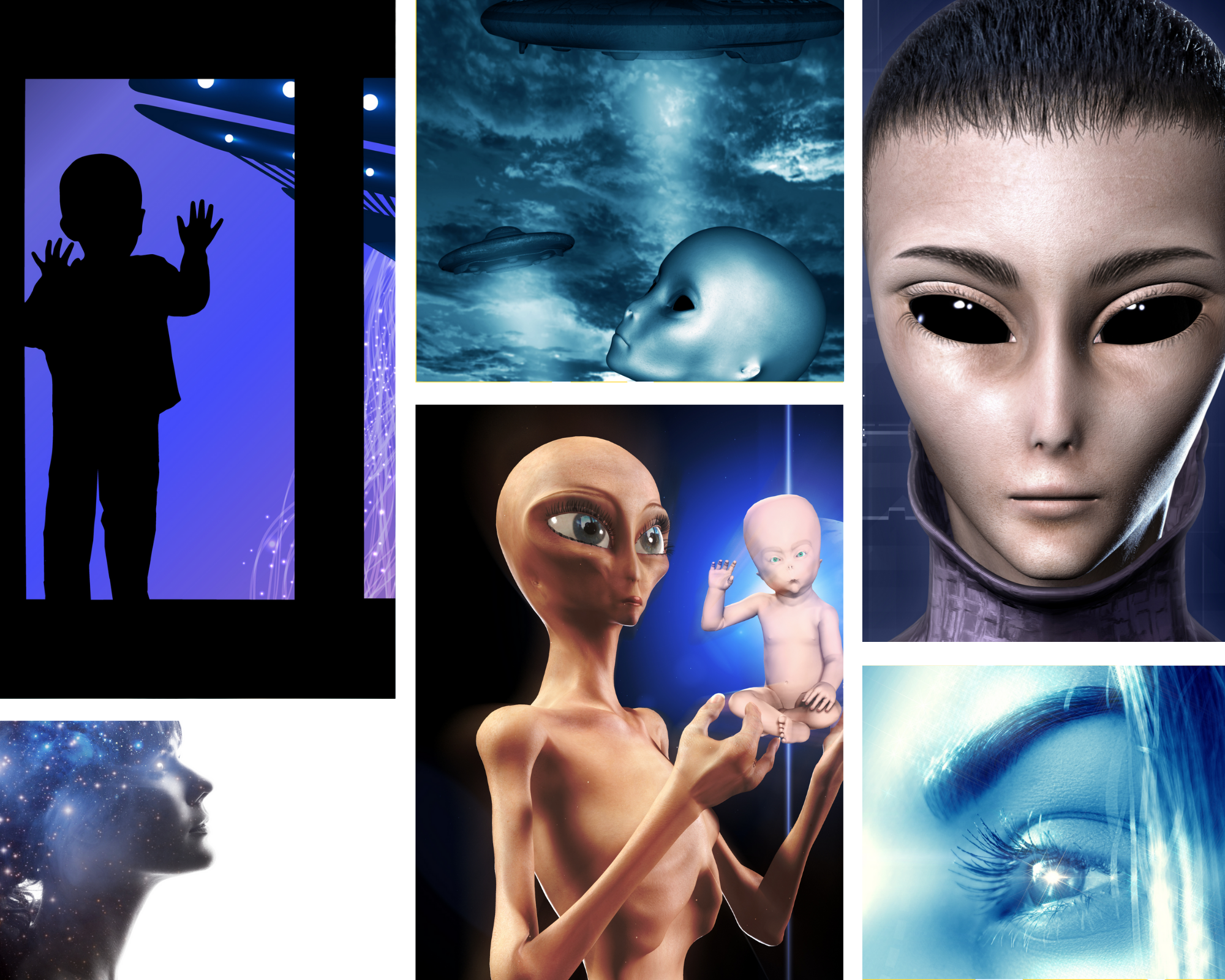 The emergence of more and more experiencers who have come forward to tell their stories continues to grow.

She is part of a four-generational family of contactees and believes she’s been part of a genetic manipulation program producing alien human hybrids.

“And it’s like a piecemeal. We want this person to breed with this person so we can have this child with these particular genetic markers”.

Montgomery believes we are drawn to be with certain people and wondered where she truly belonged.

The True Reason For Hybrid Kids

Jacquelin Smith also wondered for many years whether she belonged on this planet.

In a recent interview about the origins of hybrid kids with Aliens Revealed Live, Smith described herself as a blended soul or hybrid.

With a mixture of at least seven alien species in her DNA, she clearly remembers when her mother was injected with her alien DNA. You can hear her talk about her early life by clicking here.

But what about the real reason for breeding hybrid kids? Smith says she is like a bridge.

“What I’ve been told and how I view myself is that I’m like a bridge”.

“So I have what we could say a high portion of star frequency and much higher than some others might have on earth. And so I can speak from the human point of view and also the star point of view”.

“So I kind of act as a bridge to bring those different points of view and to help awaken and raise the consciousness of humanity”.

“There are more and more star children who are coming in really awake”.

“I’m just coming in a way where I had to go through the process of more of an awakening through my life and share the journey I’ve been on”.

Should We Worry About Hybrids?

She says it’s all part of the evolutionary process that hybrids are helping to introduce.

The end goal is for the new human to be able to tap into and utilize their full potential.

In fact, not just experiencers but people who simply have a deep feeling or knowing they just don’t belong on this planet.

Smith says she fought with these feelings early in her life. Feelings of loneliness but not as we know those feelings to be.

They were a loneliness for returning to her natural surroundings.

In the following interview excerpt, Smith talks about why hybrid kids are being created and who decides who becomes a hybrid.