Hybrid children have been on this planet for longer than most people think.

We’ve reported recently on the special abilities of star children. It created a huge response from many people who are suddenly questioning their real heritage.

Jacquelin Smith is one person who questioned whether she actually belonged on planet earth as a young child.

She describes feelings of loneliness, not in the traditional sense but more along the lines of whether she was in her true natural surroundings.

Smith is a B.A., Certified Hypnotherapist and has been successful in a life where she has had to keep her special abilities under control.

We recently spoke with Smith about hybrid children and how she has adapted and dealt with her heightened abilities.

With more experiencers than ever before “stepping up to the plate” and telling their true story today, the emergence of a new breed of human being is becoming evident.

Smith talks about her real origins and her DNA. She says she has the DNA of up to seven alien races and describes herself as a blended soul or blended hybrid.

Her mother was taken while pregnant with her and she remembers when she was injected with a cocktail of alien DNA.

She says her mother knew deep down she was different.

“I think she definitely knew on a subconscious level. She always said to me, ‘you’re really different’ but she did not have conscious memories”.

Smith, is also a psychic, a healer and metaphysical teacher. She talks about her early life and when she realized what her true origins were in the following excerpt.

And in a future post, we’ll learn from Jacquelin Smith the true reason for hybrid children as explained to her. 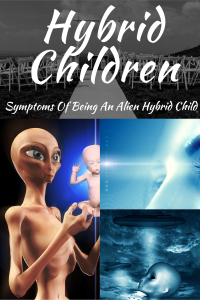