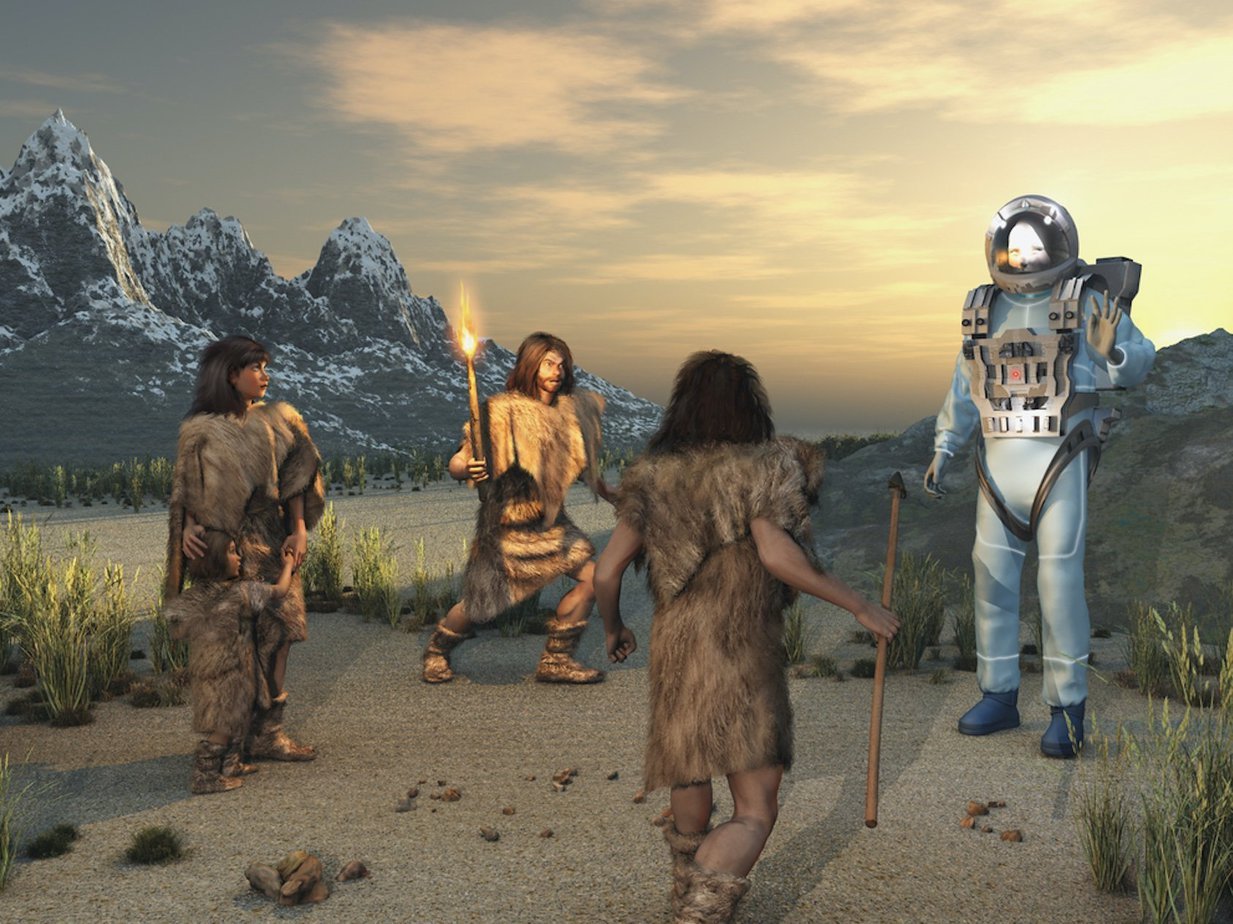 So, how many alien races have visited earth? It’s an intriguing question especially with disclosure yet to happen.

Heck, the denial and cover up going on that aliens even exist continues to proliferate throughout the world.

This despite encouraging signs recently from the Pentagon that perhaps, there are craft in our skies they can’t identify.

Elena Danaan rocked the ufo-believing world in 2020 with the release of her book, A Gift To The Stars.

Danaan, an archaeologist and engineer epigraphist for the CNRS working at famous locations such as Karnak, Luxor, Cairo, Dendera and the Valley of the Kings, revealed information in her book that made most of us sit up and take notice.

Apart from detailing an amazing rescue in her life when she was just nine years old, Danaan’s response to my question during an interview of how many alien races have visited earth took me aback.

“I don’t know the actual overall but I know there are fifty seven alien races interactive with our planet.

“That includes both good and bad”.

“But I have been shown 110 races involved with our planet in one form or another from both near and far”.

How Many Alien Races Would Be Looking After Earth’s Interests?

Answering a question such as “how many alien races have visited earth” means you’re then asked how many of these alien races are actually pro-Earth?

In other words, how many of these extraterrestrials are actually looking after and protecting our interests?

Danaan says the split is about 60/40 in favor of “good aliens” actually looking out for us.

But it’s an ongoing battle with one race in particular, the Zeta Greys, using humans in an extensive genetic hybridization program.

It was the Zeta Greys who abducted Danaan as a nine year old and put implants in her. But before they could continue with their experiments, a race of Nordics “crashed the party” and rescued her.

Sound like something from an episode of Star Trek? Perhaps but Danaan has the scars to prove what she went through really happened.

And it’s the Nordics who appear to have our best interests at heart.

“As far as the race with an attitude of benevolence is concerned, I’d say the humanoid race that we call Nordics”.

“They are from different worlds. They are mostly known to be from the Pleiades but they they are spread far and wide”.

“These ones technologically speaking, are very advanced and looking out for us”.

“Then spiritually there are more advanced races”.

“So it is mostly the ones from the Pleiades who the ones that are technology quite advanced”.

Are All Greys Bad?

While Danaan was abducted by greys, she quickly defended any notion that all greys are bad.

She says, “definitely not”.

At Aliens Revealed Live, we’ve provided certain occasions when greys have been the bad guys.

But Danaan says there are many different races of grey aliens and they shouldn’t all be “lumped in the same basket”.

“No, no, no, I have had contact with greys which are also very beautiful, spiritual and loving”.

“You have three types of abductions”.

“You have abductions that the reptilians do for food and slave trade”.

“Then there are abductions that the greys do for genetic agendas, knowing that they also work together”.

“And the third type is performed mainly by a race of or races that we refer to as tall greys, which are very, very nice and they are spirituality advanced”.

Why Are Humans Targeted For Genetic Programs

According to Danaan, who has been in constant contact with her Nordic rescuers since the age of nine, there is a program designed to alter human DNA over several generations.

“So they pick up bloodlines which have a certain type of blood”.

“For example, I am from a bloodline of psychics and I still have this Shamanic ability”.

“That’s why I can do all these things very easily”.

“So they take these bloodlines and they are going to insert either their own genetic input in this bloodline or activate the DNA because we don’t use all our DNA code”.

“So why do that to modify the bloodlines in the human species?”

“Because they are part of this federation of benevolent races”.

“They want to help us for instance and other races to get out of the reach of the malevolent races who are abducting and doing all this horrible stuff”.

“A way that they found to do this is to elevate our frequency levels and elevate our energy field”.

“This elevation produces a frequency that will make us virtually  invisible or undetectable for them”.

“But it’s also done to prepare our bodies to be able to receive souls from their their species”.

How Long Have Alien Races Been Coming To Earth?

This is a tough question to answer. Danaan believes from her information that the Annunaki definitely modified human DNA but were eventually run off. Why?

Because there were races who didn’t believe what they were doing was ethical.

“At that stage, there were different colonies living together on earth. And there are legends of gods living here and fighting each other”.

“I’ve been told of the Annunaki and that they were real but they are gone now. They are not interacting with us anymore”.

“But they were one of the first to come. They were a type of grey that was human-like but have a reptilian nature”.

“So they came and they found that these communities were very primitive and they went, ‘oh great we’re going to play with that’.”

“This would have included performing experiments and creating slaves”.

“They were the first to experiment and modify our human genome but eventually stopped because other races came and said, ‘wait a minute… what you’re doing is not right with these creatures’.”

How Many Alien Races Have Visited Earth?

Danaan’s first book, A Gift To The Stars was the prequel to We Will Never Let You Down which looked at and exposed vital information on the famous negotiations between President Eisenhower and Valiant Thor.

Who was Valiant Thor? Well, he was an ambassador for a galactic federation and the meetings with Eisenhower took place allegedly during the late 1950s and early 1960s.

Danaan has given us a lot of information in her books to think about.

In my interview with Elena Danaan, she gives an amazing account of her rescue by the Nordics.

Danaan then talks about alien abduction and the three types of abduction humans face.

But it’s her response to the question of “how many alien races have visited earth” that really got my attention.

Then to cap it all off, she talks about an important message for humanity from her alien friends.

We are being directed to a certain point on the future horizon. Danaan reveals some of what this is and means.

1 thought on “How Many Alien Races Have Visited Earth?”