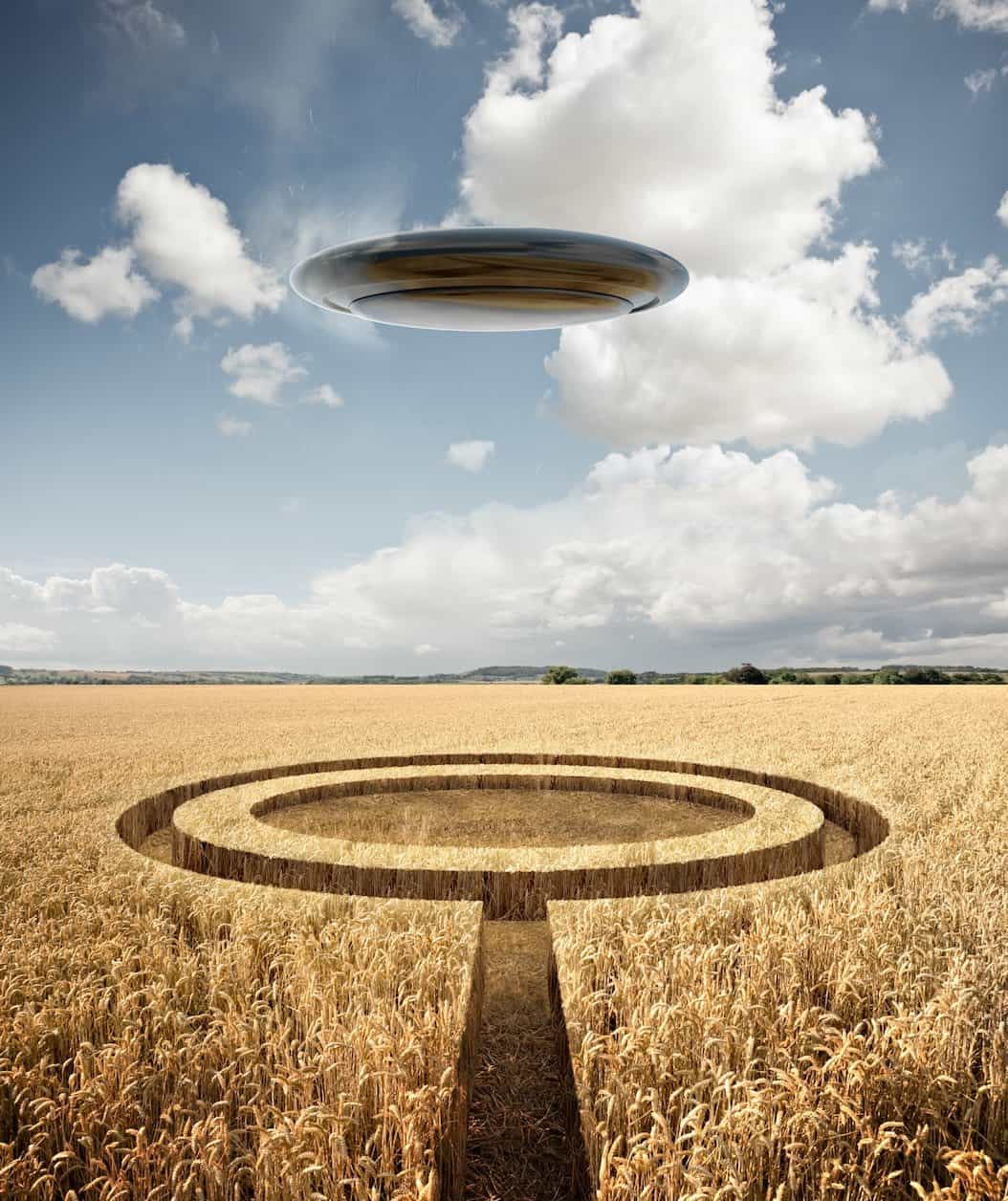 So, how are crop circles made?  Since the first modern day crop circles appeared in the 1970s, “how are they made” has been a burning question.

Initially, there was excitement that they could be alien made but that excitement was soon tempered by the crop circle hoaxes that followed.

The hoaxes served to “stain the the landscape” between what was truth and what was fiction. If you’re asking how are crop circles made, then there are two answers.

The hoaxes are man-made using simple tools in several hours. The unexplained circles are a different story. Crop circle theories suggest aliens create them from their craft using energy beams or they are created by energy orbs in a matter of minutes.

But the truth is, up until the publication of this article, the only known cause of crop circle creation is man, thanks to the hoaxers.

How Are Crop Circles Made

Jennifer Stein has been studying crop circles and their formation for more than three decades.

She spoke to Aliens Revealed Live about the difference between man-made and non man-made circles.

In her research, one exercise that gives you a clue to whether a crop circle has an earthly designer or not, is by simply doing the cell phone test.

Stein says she can walk into a man-made circle and won’t get the electrical distortions she gets when she walks into an unexplained circle.

She can be on a phone call and walk into an unexplained crop circle formation and all the bars on her phone drop off.

Then she can take four steps backwards outside the formation and she’s got reception again.

Stein says the magnetic material on the ground sets up some sort of electromagnetic distortion field.

In a man-made circle you don’t get these electrical distortions.

Stein says there have been witnesses to instantaneous formations which just adds to the whole crop circle puzzle.

While instant crop circle formation reports are rare, there are people who have been there at the moment formations were created.

“There are eye witnesses to instantaneous formations which have happened. In fact, literally a handful of eyewitnesses have experienced that”.

“Author Andy Thomas was one. Nancy Talbott who runs BLT Research is another and a guy named Gary King, who was one of three witnesses to the East Field formation in 2007”.

So is there a sinister agenda behind the whole crop circle mystery?

This is something that probably can’t be entirely discounted. Given the sometimes lame cover up attempts which have plagued the ufo mystery since Roswell, it’s a possibility.

Are the crop circles that are considered a hoax being thrown into the mix just to “muddy the waters”? Are they being created to plant extreme doubt in the minds of people about their validity?

“Well I can tell you I hear rumors but I couldn’t tell you if they’re real or not”.

“I have heard that many of these, I’ll call them younger kids because I’m in my sixties, often have nice cars, nice cell phones, they’re not working or if they are working they’re embarrassed”.

“They haven’t necessarily been to college; they’re driving very nice cars. Sometimes they’re living in a type of government housing where other ministers of state have lived”.

“And you have to beg the question…hmmm…what’s going on here?”

“This has been reported in England. I don’t know too many hoax formations that are happening in the United States although I suspect they could be”.

“But I’m mostly in touch with legitimate researchers who spend their hard earned money and vacation time driving to states east or west of them to go take soil samples and to check out what’s going on in a formation”.

In the following excerpt from my interview with Jennifer Stein, she looks at the difference between a man-made formation and one that’s unexplainable. She reveals her favorite crop circle and answers the question of whether crop circles will remain a mystery.