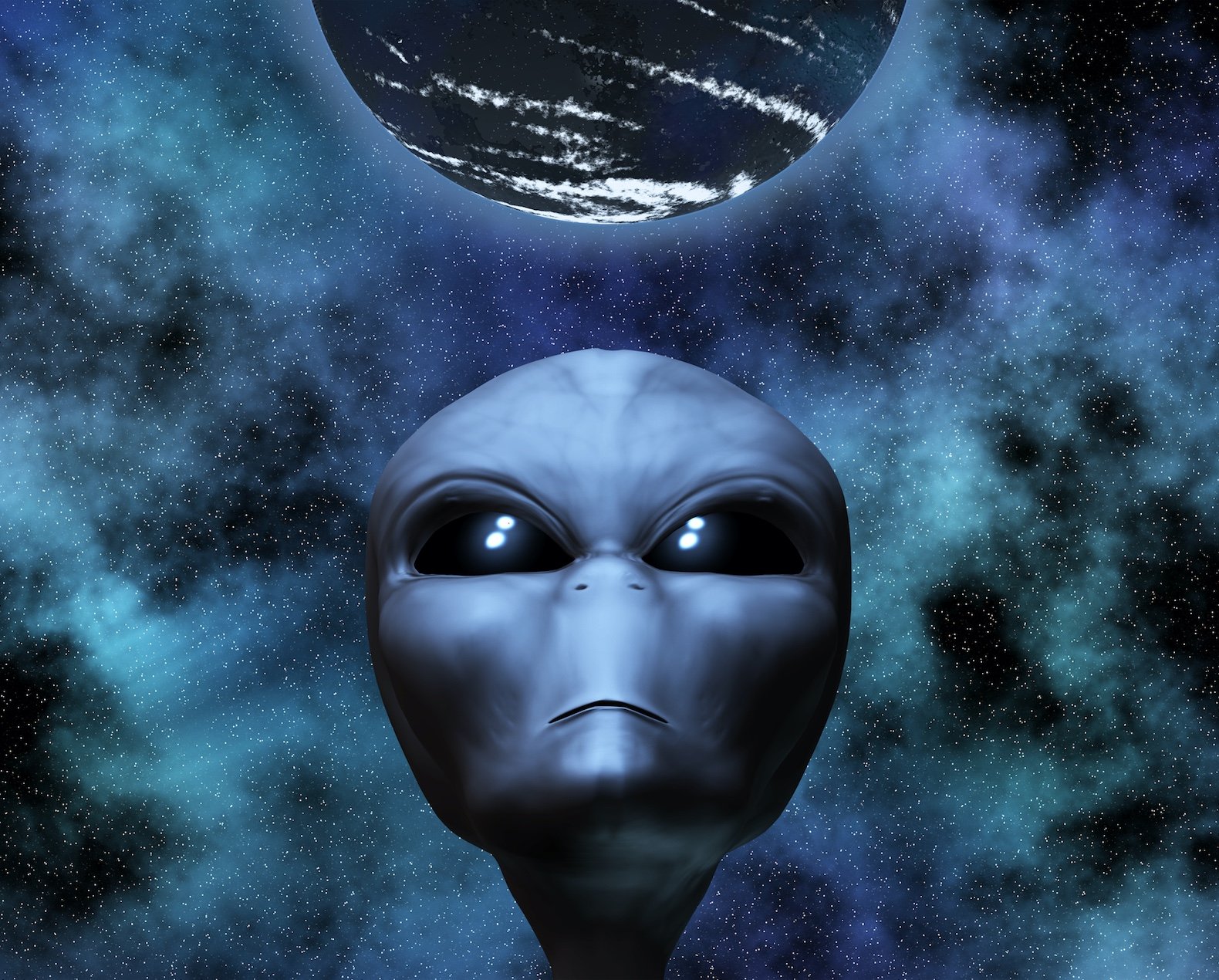 Evil aliens have never been reported on this site.

Why? Simply because most of the information shared with us has been provided by contact experiencers who have had positive encounters.

The closest to an evil alien story was provided by Terry Lovelace and his incident at Devil’s Den.

By all accounts, the off-world visitors invoked plenty of fear during that abduction episode in 1977.

But it seems that maybe not all non-human intelligences want to spread the message of love and oneness.

Evil Aliens And An Agenda?

Keith Hansen is virtually in hiding right now from a group of evil aliens he says are downright mean.

Hansen has been very resourceful since his initial contact with them in 2007 and has put together an ongoing list.

It’s his own version of regular diary entries following each piece of information he learns about his unwelcome visitors.

One entry in particular is pretty disturbing. It reads…

“Aliens said they have ships over Chicago, Maine and Phoenix plus every major city in the world”.

Hansen says these aliens are grey with splotches and stand three and a half to four feet tall.

The following is an interview we conducted with Hansen. We’re not here to offer any opinion, just to report. That’s the nature of this site.

But we can say that the information volunteered to Aliens Revealed Live was by a man exhibiting genuine signs of fear.

You make up your own mind.

The Interview – Evil Alien Voices In The Darkness

When did you have your first contact with these evil aliens?

I first heard something in the back of my truck. It said “are you male or female”. I looked around thinking someone had jumped into the bed of my truck. I said, “I’m male”.

The voice said, “how old are you”. I looked back again thinking I must have missed seeing someone. I answered, “I’m 48”. Then the voice was gone. Two days later, a voice came to my head and said, “you will do what I want, when I want it and how I want it done”. This all happened in June of 2007.

Do you know what race they are and how long they’ve been here?

After having them in my head for a short while, I learned who they were. After that, I started asking questions. Some of the time, I got direct answers, but mostly bad information. But by asking again at a later time and getting a different answer, I was able to narrow a lot of the information in my “The List”.

I know they said that they only know of one ice age, so that should put it around 12,000 or a little longer. Any time before that, there wouldn’t be enough people in one spot to make having a large ship over top and scanning for brain waves to capture.

Do you know who the race was that created these beings?

That was an easy one to figure out. I caught them in another lie about how they came to be. They call their makers “The Watchers”. They were the ones that created these aliens.

We have talked about it, so I know that it is true. The aliens have said that “The Watchers” have been gone for a long time. So they don’t worship them anymore. Now with the radio signals of 4-5 months ago, that puts the total alien races at 3 known by myself.

Are they hostile or friendly?

They are mean. They have nothing and so when they do capture a human’s brain wave, they make pain in the head or anywhere on the human’s body. It’s done by creating conflicting brain wave patterns in the human head.

They said they picture a human’s head in their mind and then, with a hand they have in their head too, they put the hand thru the head causing the brain waves to be created badly. They can touch any spot on a human and cause intense pain.

Are you being abducted or going with them willingly?

They don’t abduct anyone anymore. They have all the information about humans that’s necessary. I was not taken to their ship.

Why do you think they singled you out?

That’s a very easy one. There are 5 brain wave patterns in the human head. The alien’s machine that they are hooked to has 5 dials on its side. Now they have someone that sits in the empty rooms with a series of numbers and each room has its own set of numbers.

They tune one number of the five brain waves and listen for a day to see if it will pick up a human’s pattern, If not, then the next day they tune it to another number. There are so many combinations of patterns and they have a lot to go thru.

Once an alien gets a human’s voice, they tune it in perfect and go and get the next alien waiting in line for their human.

Is there an agenda in play here? Why have they got a particular interest in humans?

That’s another easy one. They have been here so long and done so many bad and horrible things to humans that their agenda is to simply control the human mind.

Is there an end point to when they eventually leave you alone?

I have been told by them that because of me creating “The List”, that I am targeted for death in the most horrible way. They have done it to other humans that make a list. Most of the time they just wait till the human dies of old age. No one gets away from these evil aliens, so they claim.

As far as you can tell, are they the only race of evil aliens visiting this planet?

I believe their “Makers” came to earth before making them. The evil aliens I hear can only make a picture of a human body and they punish that part of the body.

Now why would an alien race have only that one ability? It’s because we, the humans, were made first and then the aliens that control humans. They would have had the ability to control cows or birds or something else, but nothing else but human bodies are able to be made.

Why did you decide to make a list? Was it your decision or were you told to share the information they give you?

I made the list because I was being threatened by the aliens for death and I wanted the world to know these things before I die.

So when they eventually lose interest in us, will it end well for the human race?

That will never be. They are bringing new replacements in all the time. They want to someday totally own the human race. We are still outnumbering them. Another reason they hate us.

Have you shared this information with anyone in authority here?

Have you been able to collaborate with others being taken by these same evil aliens?

I have talked with 5 other people. Not to mention, the “Hearing Voices Network” website. Most of what I got from everyone was the same news. Then I told them my story and they did a lot of head shaking, yes.

On The Run From Aliens With Evil Intent

Have you tried to hide from these beings?

The only way to get away from these beings is to be asleep. That’s when the brain wave patterns are too low for the aliens to do anything to a human.

They can’t wake us once asleep. If a person was to run from them, I am told by the aliens that humans would track you down and bring you back. I do know that my alien ship has a small radius.

So once gone, I will hide in a small town, a town that doesn’t have a ship over top. They have no need to get over a town of 6,000; it just wouldn’t have enough humans to support their need for human brain waves.

Is there anything good about these aliens?

There is absolutely nothing good about them. If you look back into history, you’ll see sacrifices from other humans and downright killings all in the name of their alien masters.

What if they find out you are going public? Would they punish you? Would men in black show up?

I have gone public and that’s why they have made it clear that once alone, they will catch me, toss me into a van and take me to a remote place and do nasty things to end my life with 2-3 days of torture.

You could be forgiven for thinking that you just read a transcript of the next Hollywood blockbuster.

But to Keith Hansen, this is no big screen movie script.

As long as these aliens with evil intent continue to invade his space, he’ll continue to add to his growing list.

Right now, he has 120 entries with more to follow.

2 thoughts on “Evil Aliens – A Man, A List And An Evil Alien Agenda”