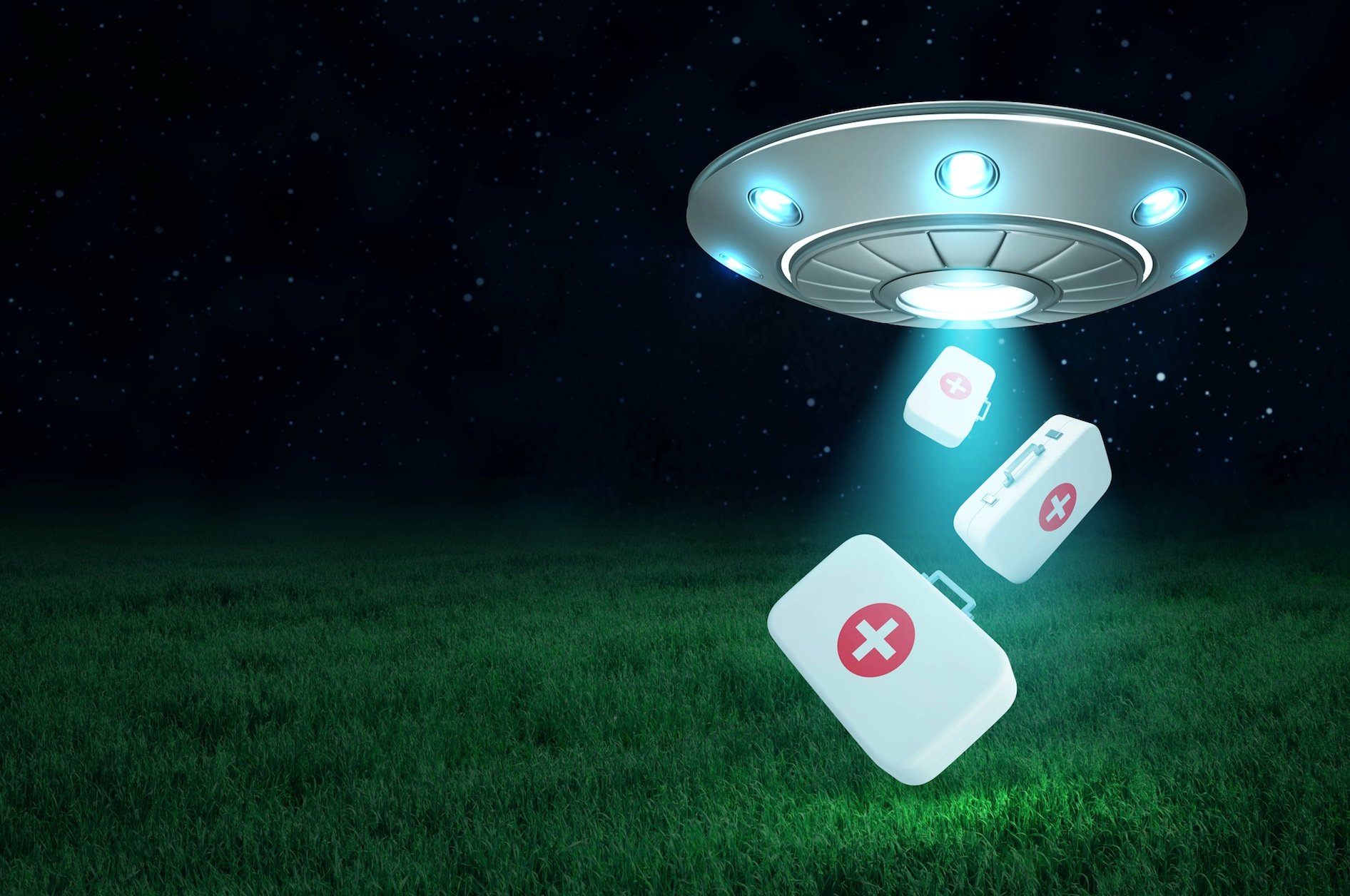 Documented cases of ET healing stretch back more than one hundred years.

The truth is, ET healings on humans have probably been happening for thousands of years.

It’s only been in the past century where recorded healings by aliens have been documented which is understandable.

It’s hard not to think about the time of Jesus on this planet and the many healing miracles he performed.

But you’ll get plenty of debate about whether these were legitimate extraterrestrial healings.

Plus, this is a debate for another day.

Strange as that may seem, not everyone who has reported an ET healing seems to appreciate it.

Popular author and researcher Preston Dennett has spent more than a quarter of a century documenting alien healing cases around the world.

He’s well versed on the topic, one that doesn’t seem to get a lot of airplay.

We’re not sure why – maybe because the argument always gets back to the miracles performed by Jesus and that makes people uncomfortable talking about it.

In an interview with Aliens Revealed Live, Dennett said it depends on who you talk to when assessing whether a healing by an extraterrestrial  was welcomed.

He cited a couple of instances which seems remarkable, especially when you consider the person would have either been praying for their ailment to be healed or for a miracle of sorts.

“I think it depends on the person you talk to”.

“There are people who have been healed who don’t come away feeling like these are their friends by any means”.

“One lady had her gallstone removed and she was not happy about it”.

“Yes, they healed her, but she felt violated because she hadn’t asked for it. She didn’t know who it was”.

“Someone had just come into her home in the middle of the night and did it”.

“She has no memory of it. Just waking up the next morning and she’s healed. And she’s a nurse”.

Life Threatening Diseases Are Being Healed By ETs

If you had a life threatening disease and were visited by a mysterious entity who then heals you, would you be happy about it?

Answering with an emphatic yes would probably be a no-brainer right? But in another case cited by Dennett, the response was less than flattering.

“Another lady healed of cancer kind of felt the same way. Some people feel like they’re just being used like lab rats”.

“But I’m going to say many do come away from the experience feeling pretty good about it. There are some who are absolutely feeling that their cases were truly benevolent”.

“I don’t think it’s an evil agenda by any means. I think there are many cases of alien healing where ETs don’t understand human pain”.

How Would Respond To An Alien Healing?

So how would you respond if you woke up one morning and your cancer was suddenly gone? Or if a tumor in your head suddenly disappeared? It’s a fascinating subject and one that still requires plenty of answers.

We recently spoke with Dennett about the healing miracles attributed to angels both in modern and ancient times. We asked him about the incidence of people healed miraculously after praying. He said:

“Initially I thought it was very rare and I only had like two or three cases. Now that I’ve got a much bigger database, there’s a good dozen cases that support that or go that way”.

Meanwhile, in the following interview excerpt Dennett touches on whether there’s a theme relating ET healing to people with RH negative blood, the explosion in abduction numbers, which ETs are performing the healing miracles, and the non scheduled health upgrades people seemingly receive.