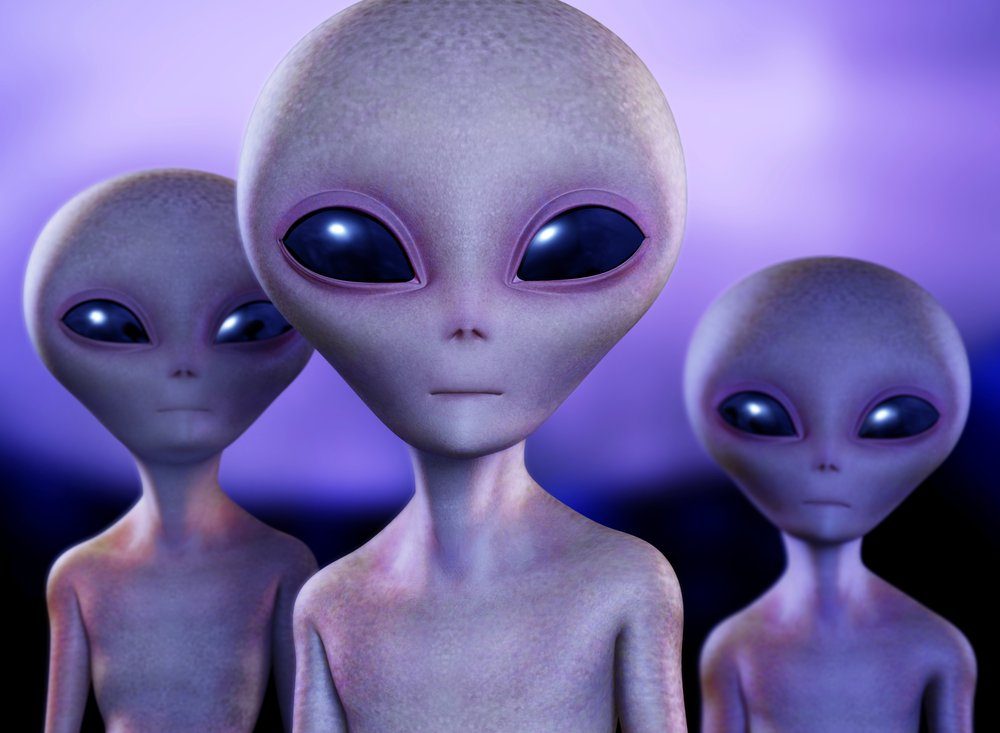 ET contact has been part of Kevin Briggs life since he was eight years old.

His ET contact experiences have continued for almost 60 years.

In that time, he has learned to grow his consciousness to a level most of us would not quite understand.

His education into higher consciousness began from the moment two members of the Council of Eight appeared to him as an eight year old.

It was a brief meeting but it “broke the ice” between the ETs and Briggs.

And it started a lifetime of contact for him that has more than enriched his life despite the fact he didn’t ask for it.

Kevin told Aliens Revealed Live he was very frightened at the time but he could hear what they were saying telepathically.

It appeared their appearance wasn’t a coincidence.

“Their names were Ort, a male and De, a female. De said, ‘Ort, is this the boy?’ Ort said ‘yes, this is the boy’. They then questioned each other again…’are you sure this is the boy? Yes, I’m sure’.”

“And then they said, ‘okay, but look at him, he’s small, he’s uneducated, he’s frightened by our presence’.”

“There was some other conversation after that but I don’t remember it first hand. And then they lasted a few seconds longer and they disappeared. I was so frightened”.

It was Kevin’s first encounter with the two higher conscious beings. His next ET contact with them happened when he was nine. Again, it was in his home.

This time there was no communication but the male Ort, appeared as an orb and stayed longer. It seemed he was there in an observation capacity.

Kevin Briggs already had psychic abilities as a child but that second encounter seemed to enhance them quite significantly.

“I didn’t know then that it was Ort and his conscious energy, however, after he left, my psychic abilities were enhanced no end, and I was able to travel outside of my body, out of body travel as they say, and to me it was normal”.

And as a child, I used to do that; to go and visit my grandparents 70 miles away in Liverpool. And I would do that every Sunday…”

“I always wondered what they would see if they knew I was there. I now know the answer to that question. They would see an orange orb, four to six inches across, slightly vibrating. That would be my pure conscious energy orb. And from that encounter, they don’t tend to sit me down in the classroom and teach me. They gave me experiences. And from those experiences I learned”.

Briggs introduction to the Council of Eight didn’t happen until he was fourteen years old.

He had a paper round at the time and when he left the house, he always noticed a craft above his house.

Then a second craft appeared and they follow him on his round.

Briggs says he could feel the vibrational energy and frequency and eventually plucked up the courage to ask them to show themselves.

When they appeared, he asked them what they wanted and they said there was a group of people who would like to meet with him.

After some deliberation, Briggs decided to heed their request and what followed could only be described as the experience of a lifetime.

The Day He Left With ET

Higher consciousness was on display that day for Briggs and he takes up the story.

“I went with them. I went onto a large craft. The only reason I know it was a mothership was because of the size of it. It was huge. We we went into the hangar; we got out of the small craft”.

“There was a small grey working on one of the crafts. Well, I’ve come to know now, his name is Tia. He’s a pilot”.

“He’s a technician and I’ve met him before, interacting with him. I was then led down into an amphitheater and in the amphitheater was a large group of people”.

“The amphitheater was full. At the front of the amphitheater, there was a stage and on that stage were eight beings. I thought I was there to be paraded as a young human boy for these extraterrestrials to see”.

“I was a little bit apprehensive but I wasn’t frightened. Then I was led down to the front of the amphitheater and walked onto the stage when I was introduced to the group of eight”.

“They were Ort, De, Ana, Zark, Ra, who leads the council, Targ, Chica and Ola…there several different species there”.

“They describe themselves as a council of eight, responsible for this quadrant of the galaxy. They live within this quadrant of our galaxy at the moment. They’re here in our solar system. So I was introduced to them at home”.

“That was my first introduction. I was then taken back home and got home a little bit later than normal but I was still in time to have my breakfast. I went to school on time, so I wasn’t late”.

“So that was the introduction to all eight of these beings. And I do realize now and I didn’t then, but the amphitheater, the people that were there; they weren’t there to see me”.

“Yes, I was unimportant in this event”.

“They are similar to our United Nations where you have a gallery of people in an amphitheater and the speakers, all the people addressing the audience on the stage. And that was the importance of that particular meeting. I didn’t realize that as a child. I do now”.

Briggs has continued to interact with the council of 8 since that ET contact experience; at times with the entire group, others times with individuals. In fact, he says some more than others.

He says their purpose is to help humanity learn and develop as a species. But the main message they have passed onto Briggs is one of consciousness itself and how we share that one consciousness with every lifeform on this planet and the other life forms within the universe.

Kevin Briggs specializes in consciousness and the connection to ETs and UFOs. His recently published book is titled Spiritual Consciousness: A Personal Journey and covers 56 years of his experiences of ET contact and UFO connections.

Briggs could be described as an intergalactic ambassador. He seems to be on a mission, reluctantly at first, but has quickly garnished plenty of interest as he attempts to help people find spiritual consciousness.