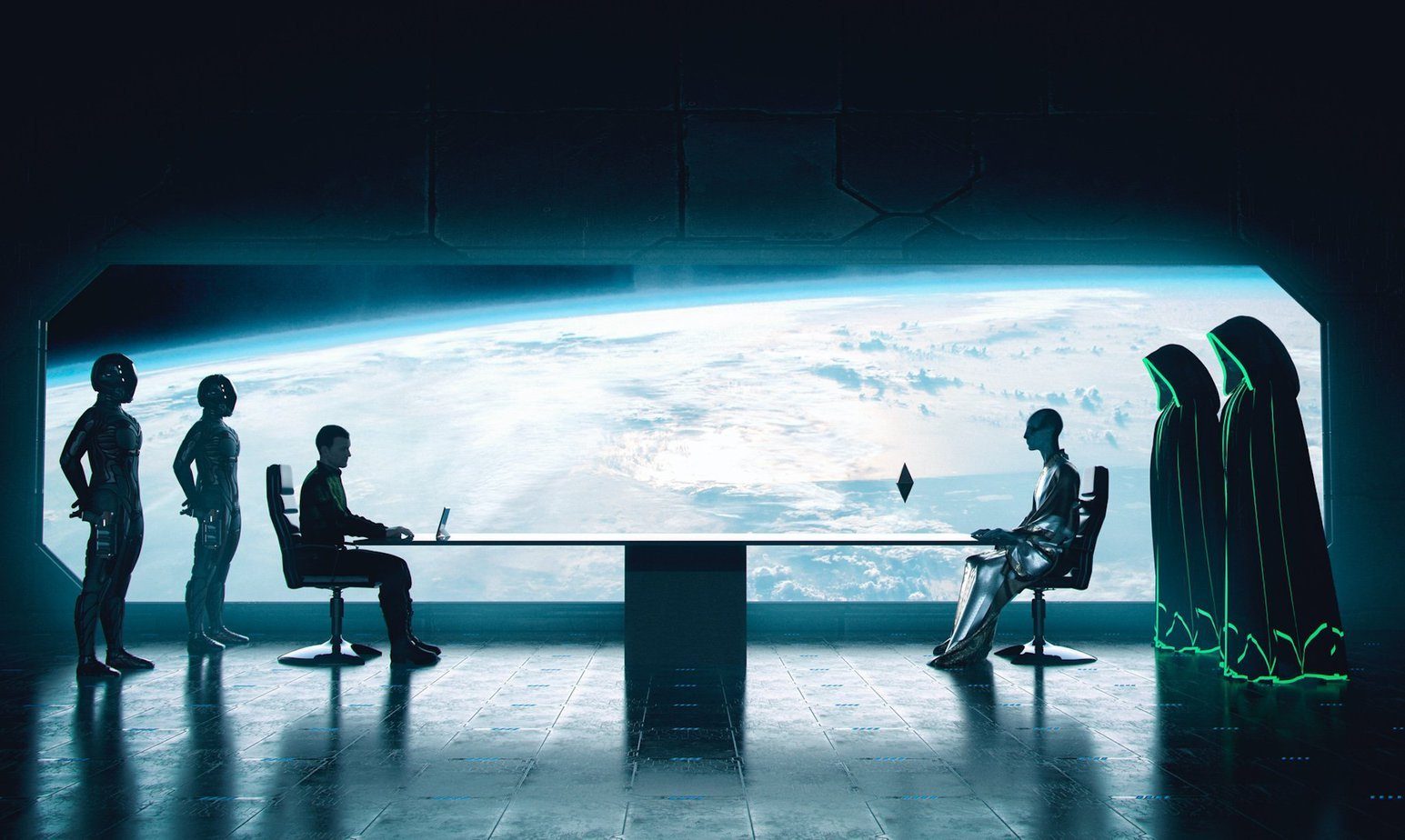 E.T. communication is rife on this planet. Forget about sending gold plated records into outer space hoping E.T. may respond.

Or pointing large discs out into the universe hoping to pick up an alien signal.

There are millions, yes millions of contactees and abductees who’ll tell you the E.T.’s are already here.

And they’re communicating with people all over the world in one way or another.

No, this would never be reported mainstream because there is still a stigma attached to the alien contact event.

It’s okay for an institute like S.E.T.I. to be given a pass in their endeavors to make contact with alien life outside of  our solar system.

It’s done in the name of progress but anyone who doesn’t believe in ufos and aliens don’t expect them to make contact anytime soon.

But when “Mr. or Mrs. Average” decides to tell their story of alien contact or abduction, they’re dismissed by the mainstream. Actually, join some of the ufo and alien groups on Facebook alone and they even get ridiculed there.

But after speaking with several highly respected researchers in the field of alien contact, the numbers of people out there still keeping their stories to themselves runs into the millions.

One of those is Mary Rodwell. Founder and principal of the Australian Close Encounter Resource Network (ACERN), Rodwell is recognized internationally as one of the leading researchers in the UFO and contact phenomenon areas.

She created one of the first contact/abductee support groups back in the early 1990s. Working as a counselor in the mainstream, Rodwell was extremely reluctant to branch out into this area because of the stigma attached to it.

But she identified a need for support in this area and provided it.

So why did a girl living a normal life as a therapist decide to dive into the world of the “tin foil hat brigade?”

“Well I was considered fairly normal. A normal counselor and therapist”.

“My background was from a very conventional perspective. You’re very wary of stepping into a more esoteric world and more fringe subjects”.

“At the same time, part of me thought, ’if this is real, and I soon got the perspective that yes it was, then where do these people go’?”

“There’s lots of counselors for the average person. I remember my first client saying, ’Mary, there are support groups for everything but this. They just think you’re a loony’.”

“And I thought to myself, ‘well someone’s got to step up and support these individuals’.”

“They were being taken on board craft. The children were frightened and the relatives wouldn’t come to their house because they thought it was demons”.

“And I thought, ‘well, what do I do? Do I abandon these people that have nowhere to go’? Or do I say ‘right, there’s plenty of other resources for everyone else but not for these folks’.”

“And that’s why I created ACERN. I wanted it to be professional. I had all the counseling skills and a good professional background”.

“It really provided a safe place for people to come and get support. So in the end, it was like, ‘what’s more important, what I see as my credibility or actually helping people’?”.

“You don’t go into nursing or counseling unless you want to help and it’s a healing profession. So that’s what my motivation has always been”.

How Many People Stay Quiet About Their Extraterrestrial Contact Experiences?

When I posed this question to Rodwell I really wasn’t expecting the number to be too great.

But nothing surprises me anymore when dealing with this subject.

My question was…”How many people do you think are still out there that have kept silent about their experiences as an abductee or contactee and haven’t come forward about it? Are we talking thousands? And Rodwell’s response?

“More like millions. And the reason I say that is because a lot of the ones that find it difficult to come out of the ‘space closet’ as I call it, is because of their professions”.

“Usually it’s those that have too much to lose professionally to come out and admit to it”.

“I know MDs. I know nurses, I know social workers, lawyers, celebrities etc. that have got a huge amount to lose by coming out and if they start to say, ‘okay, this is my experience’.”

“So you know, even for the everyday person…a farmer or housewife, it’s still a big thing to admit to people that you’re having these experiences because many of them really get a hard time”.

“If they don’t get a hard time from their partners it will be from their extended family”.

“People saying to them to stop sounding crazy. And that is why so many people having or having had experiences will keep quiet. It’s because of the judgment that they feel society is going to display”.

This is backed up by former Director of Experiencer Research at Mufon Kathleen Marden. She told Aliens Revealed Live…

“People having E.T. communication experiences are in need of  a caring, compassionate, nonjudgmental listener. They require the support of people who’ll listen in a safe, non judgmental environment.”.

Mufon provides this environment similar to the environment Rodwell has created with ACERN.

Rodwell says people that come to see her have lots of questions.

“Big questions are why me? What’s it all about? What does it mean? How much of it is real?”

“So when they come to me, it may just be that they want information. So I direct them to where they feel comfortable and they will get validation of their experiences”.

“I will give them a questionnaire to do so that I get a sense of what’s going on with them”.

“And then they may say, ‘I’ve got all these questions. I’ve had missing time. I’d like to know what happened when I was 15. I was out traveling and the journey should have only taken half an hour and I lost three hours’.”

While the world discusses the possibility of E.T. disclosure Mary Rodwell is seeing it every day, one person at a time.

Rodwell has become somewhat of a beacon for people having E.T. communication, either malevolent or benevolent.

She’s a rare individual prepared to sacrifice her time in the name of helping others in need of vital support.

Think about it. You’re visited in your bedroom by extraterrestrials. They either take you forcefully or you go willingly and end up on a craft.

How do you process something like this if you’ve never experienced it before?

Do you just shake it off and put it down to being a weird dream?

And what if you are a pillar in your community? Someone with clout. Someone with standing. Do you go on the six o’clock news and declare you were abducted by aliens?

You can understand why people stay quiet.

The following is part of a long interview I did with Mary Rodwell prior to her participation in the Alien Ancestry Seminar which explored Australian Aboriginal and our ties to the Pleiadian star system.

She talks about her experiences with star children, how E.T. communication with humans is part of a wider cosmic agenda, alien hybrids among us and the fascinating topic of multidimensional awareness.