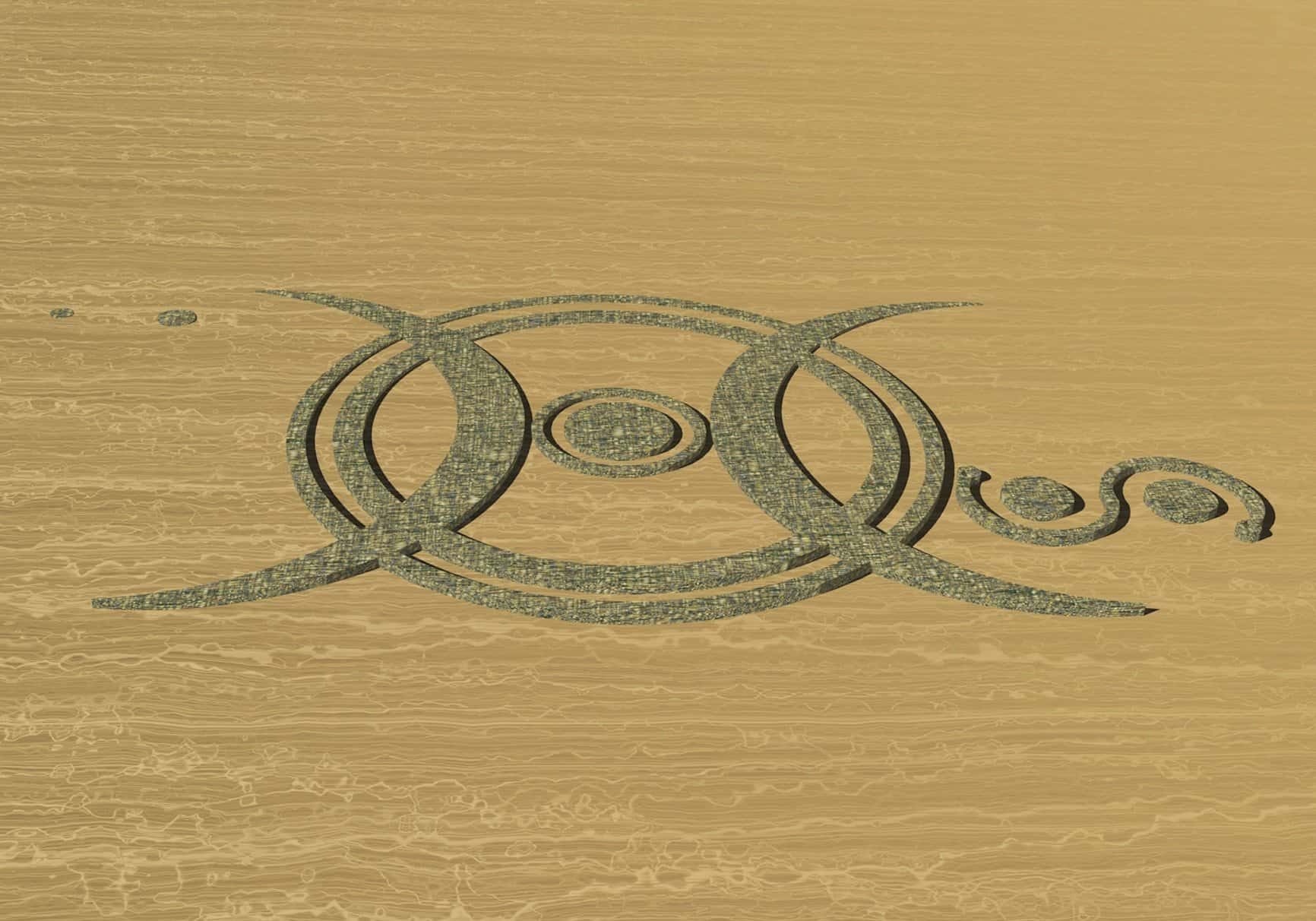 Crop circles 2021 – what’s the latest? Truth is, nothing much really changes on the crop circle front.

A crop circle is discovered. UFO believers claim it to have been created from up above. Non ufo believers say it’s man-made.

This argument has been going back and forth for several decades. It’s like a game of tennis.

Most ufo devotees have moved on and will almost yawn when the discovery of another crop circle is made.

I’m not sure whether it’s because this topic can’t go anywhere or because nothing ever is really determined. UFOs may be a mystery but crop circles are doubly mysterious.

Who makes them? What’s the message? Are they nonsense?

Questions galore but no real answers.  Before you get dismissive, let’s clear up one thing. Yes, some crop circles are fakes. We know that. Just look up the names Dave Chorley and Doug Bower.

Do you know there is evidence that many of these mysterious creations have no other explanation than other worldly?

Researchers say one test you can do that will give you a strong clue whether a crop circle is man-made or not is to do the “cell phone test”.

Walk into a crop circle with a cell phone and if there are no electrical distortions then it’s probably a hoax.

But if there are, well, that’s a different story. If you get electrical distortions and lose signal, then walk out of the circle and it all returns to normal, something is at play here.

Then there are witnesses who claim to have seen these circles created. That is, they were there when the crop circles were formed.

A recent documentary on the BBC breathed some new life into the crop circles 2021 discussion.

England’s south west appears to be the world’s hotspot for crop circles. The report talked about the growing number of crop circles and the messages attached to them.

Would you believe that the cover-19 pandemic, climate change and self destruction are among the list of warning we’ve been given through these circles.

But while this all sounds interesting, the question always comes back to who is creating the messages?

Who is it that’s warning us?

Are they hoax messages or are they messages sent from above? Can we really trust the farmers and landowners whose properties these circles are being created on to be truthful about whether they are man-made or not?

Okay, the answer to this question is easy. Yes, they are real.

The real question should be, are they made by human hands or beyond our world or dimension.

Jennifer Stein gave a presentation during the Aliens Revealed Live Online Summit. She answered a lot of questions about crop circles. She’s spent the better part of the past thirty years studying them.

I asked her…”So what’s the difference between a hoax circle and one that has no explainable cause?

Stein says…“Crop circle researchers look at the crops and the soil. We dig up part of the crop and send it off to a lab. It’s then examined under a microscope”.

“Then we do germination studies. William Levengood was very active in doing this for many years. He showed that seed revealed different germination times depending on when the circles appeared”.

“If they appeared early, it tended to stump the seed growth and they wouldn’t germinate at all. Even if they did, their growth was suppressed”.

“When a mature crop was hit with an energy signature, it tended to have increased growth in yield by up to forty per cent. And it was uniform across all the seeds. So it was definitely a dramatic increase”.

“William Levengood was so impressed with this, he invented a piece of equipment that would shock seeds with an avalanche of electrical charge”.

“He showed that he could increase seed germination and crop durability to drought and insects with an electrical charge”.

“The seed would then recover from it and be stronger, germinating faster. So that’s one example”.

“There’s also soil samples that show unusual changes in the soil. Increased amounts of magnetic material like little tiny ball bearings. How did they form and appear in the crop?”

William Levengood’s interest in crop circles seemed to give research on them the boost in credibility crop circle researchers needed.

Levengood’s prominence and standing as a scientist and biophysicist was exactly what research into this phenomenon needed when he began his studies into crop circles in 1999.

His research revealed energy findings within crop circles that literally “blew people away”.

But he also made amazing discoveries in the area of consciousness. How is this connected to crop circles? Well that’s a long discussion for another day.

“Just within the pattern there’s unusual things. When you walk in with your cell phone and you’re on a phone call suddenly all the bars drop off your phone”.

“When you’re in the formation, you take several steps back out of the circle and suddenly you’ve got reception again”.

“So that magnetic material on the ground is setting up some sort of distortion field electromagnetically”.

“If you’re in a hoaxed or a man-made crop circle – I’d say even using the term man-made is a little tricky because we’re not really sure what the sources of these formations and how they’re being made are”.

“But when you walk into one that is man-made with boards by rolling or pressing down the crop, you don’t get these electrical distortions”.

“You don’t get the seed germination studies that are quite unique and different”.

“You don’t get the magnetic material in the crop”.

“Plus, you don’t get the expulsion cavities”.

So, Are Crop Circles To Remain A Mystery Forever?

Maybe they will be a mystery forever. The popularity of crop circles reached an all time high following the release of the hit movie Signs starring Mel Gibson in 2002.

It’s a fair bet there’ll be more crop circles 2021 hoaxes and again, beyond that.

But it’s also a fair bet that as many that are declared hoaxes, there’ll be just as many which will confound and confuse researchers.

Man-made or gifts from an other worldly species?

The following is the full interview I did with Jennifer Stein during the Aliens Revealed Live Online Summit.

Stein talked about hoax and unexplainable crop circles; what’s the difference between them; their historical aspect; is there a message from E.T. hidden within them and whether ufos appear before or after they are created. Also, whether a point is reached where no more study on crop circles can be conducted.

And yes, Stein also answers the question of whether they remain a mystery or not.