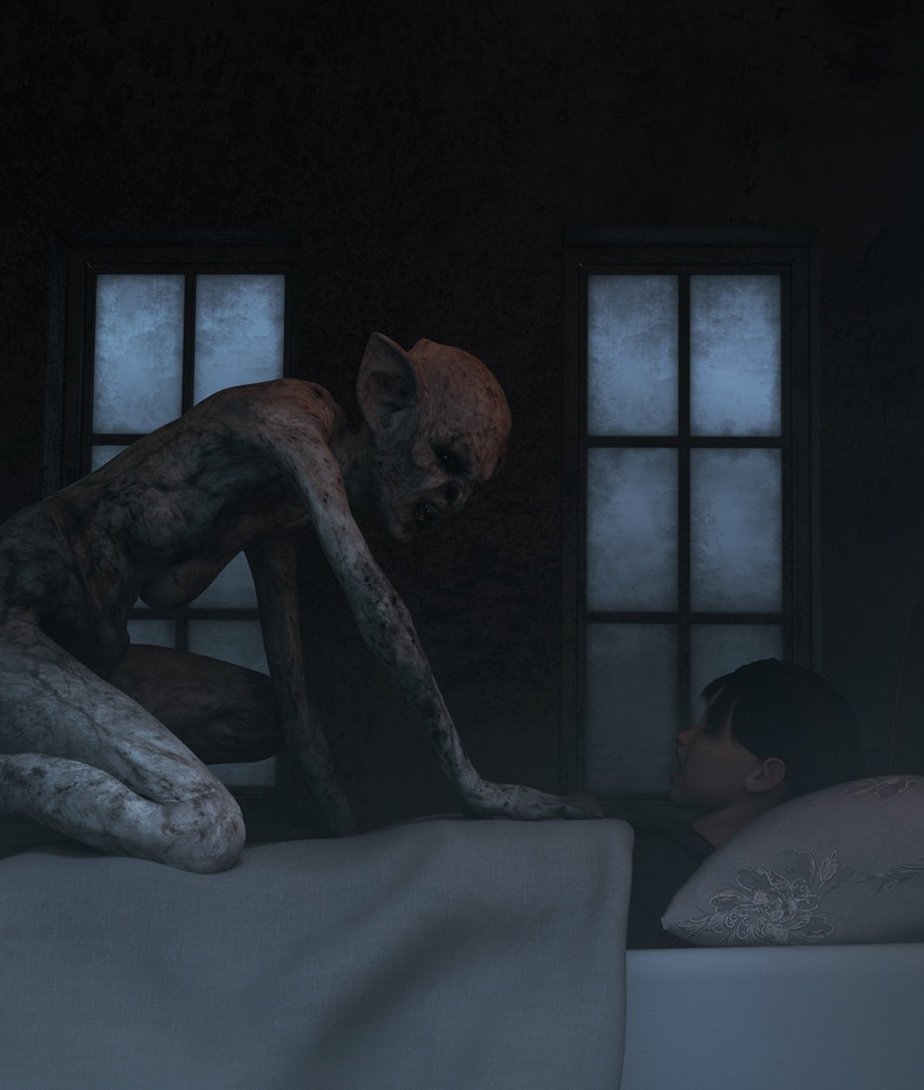 Is sleep paralysis supernatural? Or is it a medically related condition? And how do you tell the difference between a dream and sleep paralysis? When we talk about sleep paralysis, most of us will dismiss it as something that happens once or occasionally and it’s probably medically-related? But is it? Ever wake up one night … Read more 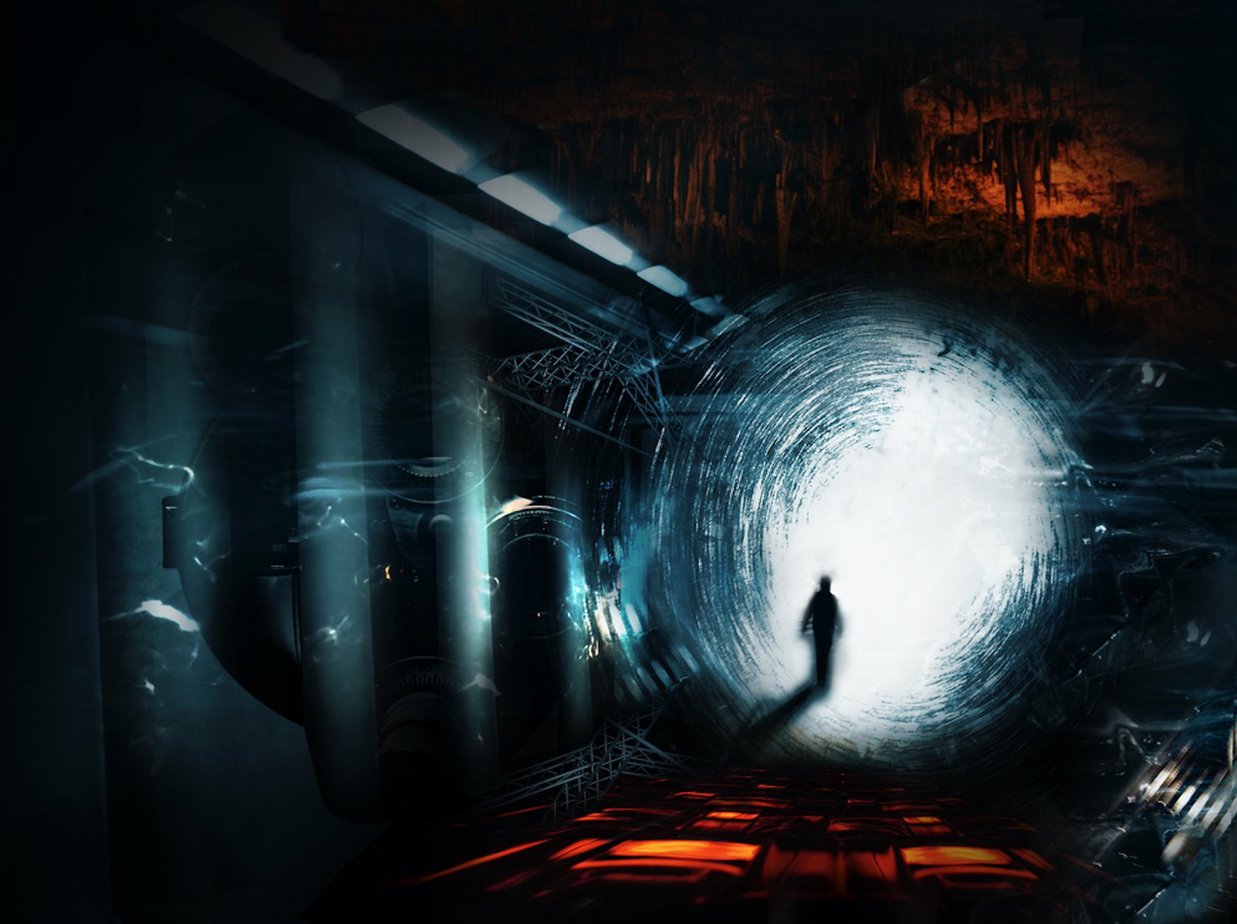 The idea of paranormal counseling may sound a little far-fetched. To receive counseling for issues regarding mental health and other problems is considered normal. But how do you think people would people react if you told them you went to see a counselor because you were being visited by extraterrestrials? Or you were seeing ghosts? … Read more 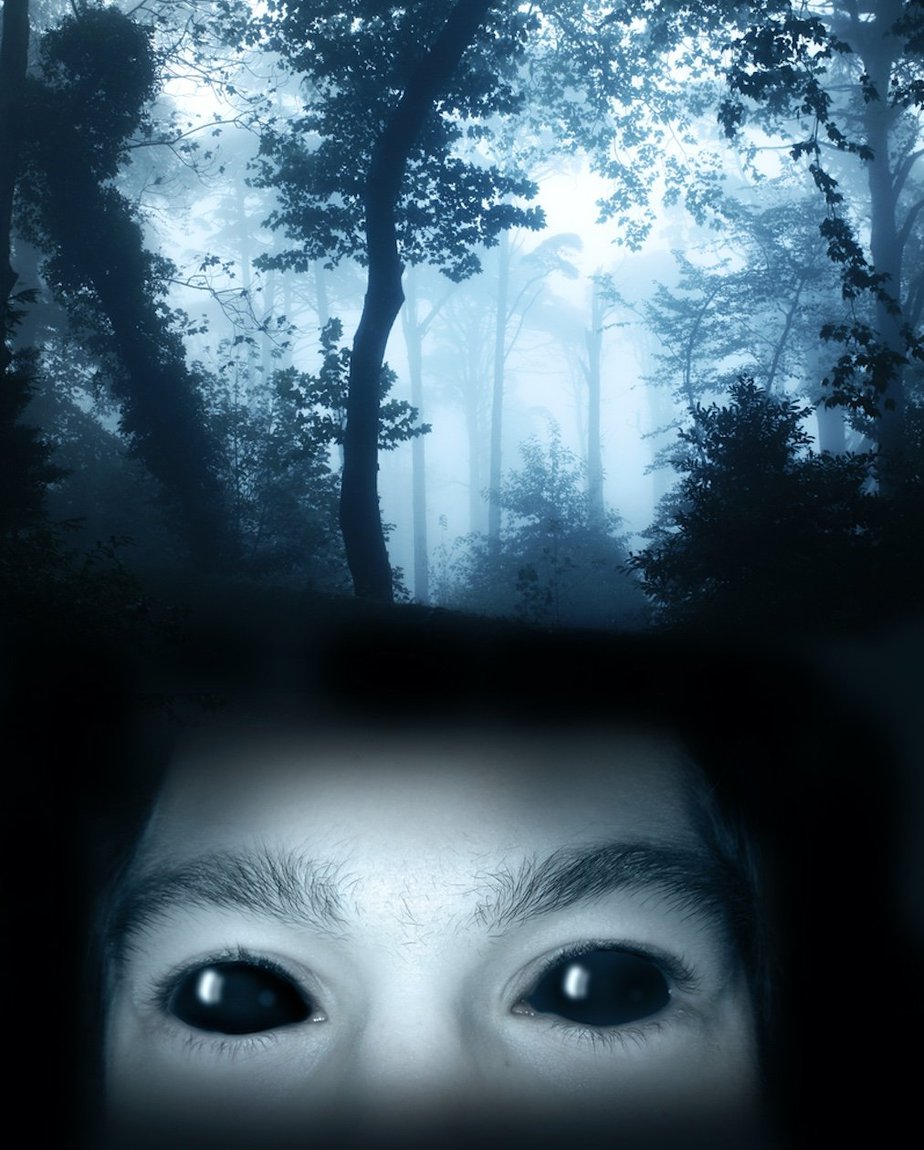 When Bruce McDonald sat down to write The Light Of Darkness, he was just coming off co-authoring The Stardust Ranch. You could have forgiven him for feeling somewhat sick of the supernatural. But getting The Light Of Darkness out was extremely important. The Light of Darkness: A Warrior’s Tale For Our Time was released in … Read more 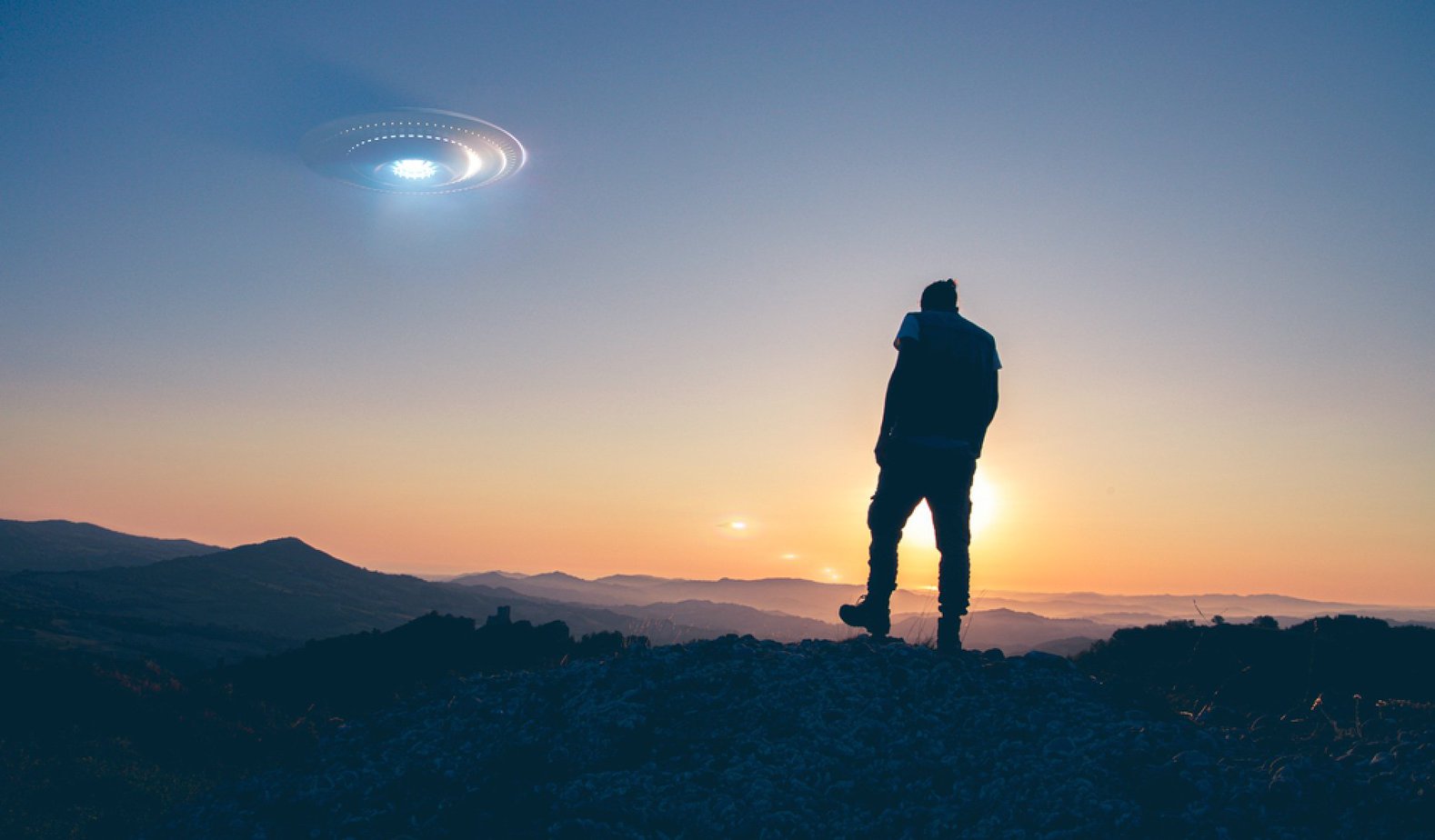 The Stardust Ranch in Arizona could just be America’s spookiest property. Aliens, ufos, and people floating from their beds. Evil doppelgängers, animal mutilation, demonic voices, men in black and other mysterious creatures. Sounds like a season of Mystery Science Theater 3000 right? Well, that could be the case but all of the above and more … Read more 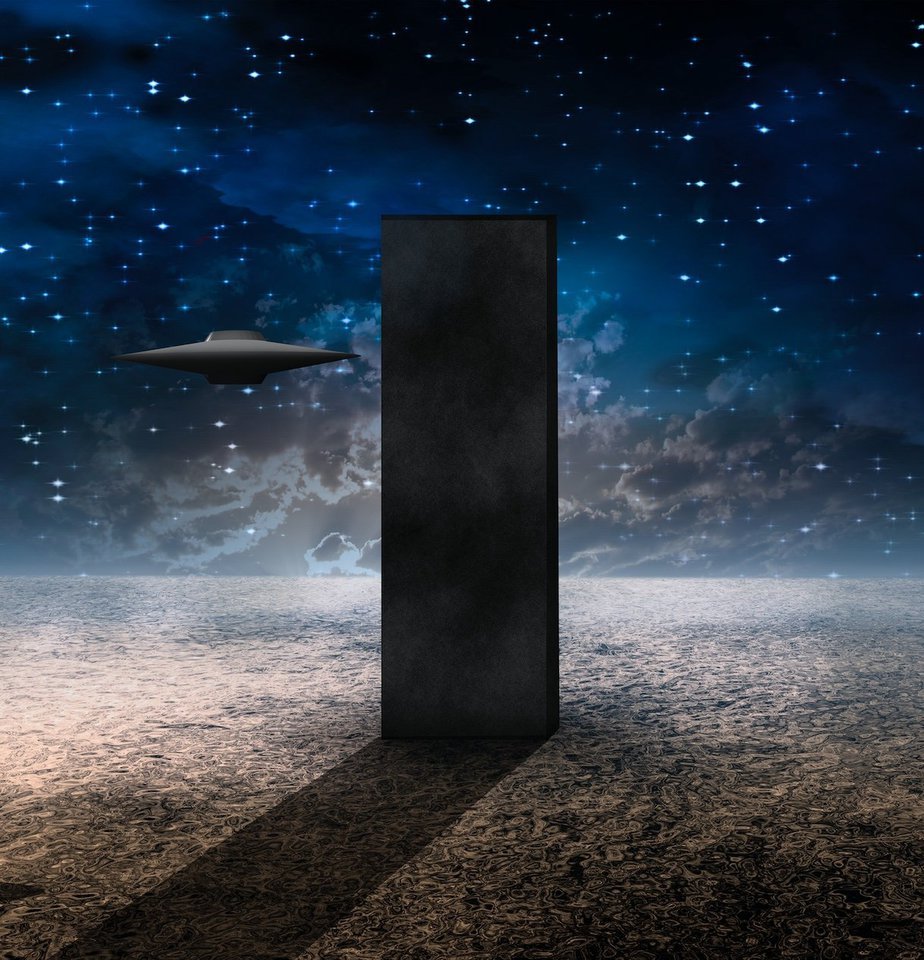 There’s little doubt the ufo realm is real right? Even the government has admitted there are craft flying around out there that they can’t explain.

In a world where reality has been distorted; where conspiracy theories and reality have traded places; where what’s real has been replaced by unscrupulous people force-feeding us nonsense they want us to believe is real.

So where am I going with this?

As a race, humans are evolving fast into something most of us don’t really recognize.

Or as some will tell you, we are evolving into who we really are. And what’s that? Beings of consciousness.

Well, maybe it’s not so much what we are but what we are able to do. According to world renowned remote viewer and psychic D. Baron “Buddy” Bolton, we are discovering how to connect without our traditional senses.

Bolton has done a lot of work with contact experiencers. He has figured out that there appears to be a not so obvious commonality with them.

The ufo realm is one thing; we know that exists. But what about something else that connects us as humans with our interstellar travelers?

Bolton describes it simply as a strange field. That doesn’t tell us a lot but this is a topic that runs so deep that it can literally hurt your brain trying to understand it.

What does he mean by strange field and how does this connect us with ufos?

“It’s a fascinating realm. And we are essentially at the forefront of a new science”.

“A phenomena oftentimes is the very first hint of a new science”.

“And we can go back through science history and talk about different phenomena that were mysteries like electromagnetism”.

“There’s all these weird and spooky things that they thought were paranormal”.

“And a guy named Volta, tied them all together into the electromagnetic field”.

“And 200 years later, it’s completely incorporated into our lives”.

“It’s strange to believe it’s only been around for 200 years”.

Bolton says trying to understand this subject is like sitting down and having a big meal. He says it requires small bites.

An Incredible Mystery Is Unfolding Right Before Our Eyes

Bolton, who is in high demand by some of the world’s most secretive intelligence agencies, space agencies, scientific figures and laboratories says we have a front seat to an incredible, unfolding mystery.

“A few years ago I decided to come out and let people know what I have been doing, what I am doing and to approach the researchers to get at this human potential”.

“To make a long story short, I take most pride in being a side practitioner and it’s and incredible mystery that we’re literally in the front seat of”.

And we’re only limited by our intelligence and our tenacity to discover the secrets behind these mysteries”.

“And it’s hard you know, this is a big meal and it requires bites”.

“You can’t swallow it all at once”.

“You know, you have to know that first, these abilities are real”.

“There is some strange field, which is the speculation now, or some strange something that allows us to see distant places times”.

The Role Of Consciousness In This Mystery?

And as consciousness light beings, this can give us a clue to who we really are.

Bolton cited the work done by one of history’s most respected ufo investigators Jacques Vallee and physicist Eric.

They created a model of the universe combining it with a model of our reality.

Well, it simply states that our consciousness abilities are more involved in this mystery than we may think or be aware of.

And Bolton takes it to another level when he says that consciousness can affect physical matter.

He says we have the ability to do things like this. Our mind ability can not only affect and touch different places, but also build things.

“It can build things”.

“It can create illusions and under the right circumstances, it can do some physical things that would just melt your reality”.

“And it sounds too fanciful, but I’ve seen too much and I’ve been a part of too much”.

And How Does This Tie Into The UFO Realm?

Bolton says it has taken him a while to put the pieces together. He cites several events that have taken place that may have appeared external.

But, this is where we dive deep again, he realizes that these events may actually have been internal or from within.

“If there is a field like we’re making a supposition for it, a substructure that all of us can access on very different scales, and it allows us the ability to see any time or place and make a physical connection, you would expect in fact that a very advanced civilization would also know about the field and utilize it”.

“Like we, two hundred years later utilized the electromagnetic field”.

“And in ufo case after ufo case, it sure seems that these craft, the more elaborate ones with beings walking around on them seem to know this field, know these abilities and know how to communicate through it. It’s fascinating”.

“And every time people use it, it sends ripples out there and maybe they can hear it”.

“So I think it’s a very dynamic phenomenon”.

“I’ve already stated earlier that some of these events are very likely creations of the mind”.

“And possibly some solid ships, but the universe is very dynamic”.

“If all of that stuff is true and there is advanced civilizations visiting us, they would know about it and utilize it too”.

“Yeah, more power in your mind than you might imagine”.

So what do you think? Is this far-fetched science fiction or is this real”

Can you recall times things have happened in your life you can’t explain. Your luck turned, things show up unannounced, someone you thought of and haven’t seen for a long time contacts you, that special person in your life you envisioned in your mind turns up…I could go on.

What if it was all related to this special field? What if the ufo realm, our consciousness and this strange field are all connected?

Bolton turned his back on what could have been a lucrative career in the entertainment business to expand on and develop his abilities.

We covered a lot of ground in the following interview. Bolton talks about why he walked away from possible fame and fortune, remote viewing, his work at the Skinwalker Ranch, his work with contact experiencers, ufos, his healing ability, his work with intuitive technology and much more.