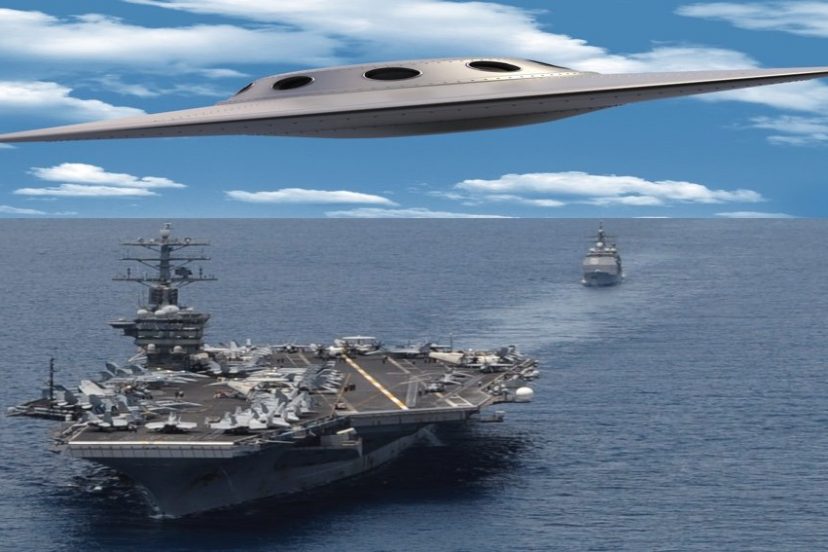 The Nimitz tic tac video rates among the best UFO videos seen in recent times. While everyone was looking at an object locked onto by US pilots, did they miss the real smoking gun evidence?

What was that? The presence of extraterrestrials.

Make no mistake, the fact the tic tac video was even released for public viewing is amazing in itself. Now UFO experts are tying it in with a soft alien disclosure.

It could be part of the drip feed process going on around the world at the moment. Information is only being released gradually over a long period of time.

The truth is, disclosure really happened way back in 1947 when the Roswell cover up took place.

Just the mere act of appearing to cover something up shrieks truth being suppressed. That’s a point often rammed home by ufologists.

One Of The Best UFO Videos?

It’s been described as one of the best UFO videos released in recent years. But was the smoking gun evidence missed during the 2004 Nimitz UFO episode?

Or was it another one of those trick card moves where you’re watching the left hand but the right hand is where the action is really happening?

Jeff Krause is State Director of Mufon in Southern California and has investigated many fascinating cases, the most notable “The SLO UFO”, and the “Encounter At Edwards”.

But it’s the Nimitz episode with UFOs in 2004 that captured his imagination as one of a handful of his favorite ET encounters.

The fact it happened in his back yard in California is one thing but the reason Jeff Krause is highly thought of as a top UFO investigator is borne out in his interview during Aliens Revealed Live.

Krause wasn’t totally convinced the public were being told the complete truth.

While the Tic Tac footage keeps being thrown out there as one of the best UFO videos ever presented for public examination, maybe it could have been even better.

The Better UFO Video Was In The Water?

Krause pointed out something no one is talking about. Everyone has been fixated on the tic tac videos but seem to have missed something bigger…much bigger. Here’s what he said.

“That encounter went on from November 10th to the 14th of 2004 I think but the main action happened on November 14th. For three days before that, they’ve been observing these objects traveling at high rates of speed from high altitude to dropping down all of a sudden to sea level or below sea level, just off the coast of Catalina…”

“…Now they were having planned exercises in that area and since that would have obviously interfered with anything going on with their exercises, they sent out an explorer group to take a look and see what was going on. And again, when they approached and got towards the area where these craft were dropping from, they noticed that larger craft under the water…”

“Now, I’ve dealt with so many instances of misdirection and lies and deception from military branches when it comes to the truth about UFO cases, that my suspicious hairs on the back of my neck, my hackles go up when they divulge information of any sort, willingly, right? I’m still not at the point where I can take truth from them and market this truth or the whole truth. Or is there a reason they’re letting this version of the truth out?…”

Where Is The UFO Video Of The Other Craft?

“…I’m highly suspicious. And in this case, I think one of the reasons is because the more interesting aspect of this encounter is not mentioned. A white tic tac shaped object that you really only get to see a blur of on infrared video – it was zipping around along some grainy ocean water. That’s compelling. I’m sure they got gun camera footage of something from one of their planes chasing it…”

“…What did it do after they approached? What happened during the exercises? Was that larger object involved? And here I find, you know, the Shag Harbor case…I will say one thing, that it is most interesting. When the craft entered the water they later discovered that it was 300 yards off the coast, so they were able to know that it traveled. Whereas the Nimitz encounter, you don’t hear anything about the craft traveling under the water so much”.

So, it seems despite the excitement of the tic tac craft, which certainly ranked with some of the best UFO videos ever seen, what was the huge craft traveling under the water’s surface at the same time?

Krause says the tic tac UFO incident mirrors a similar encounter at Aguadilla, Puerto Rico, on April 25th, 2013. In fact, try and discern between the two with the Aguadilla video posted below.

“Aguadilla, Puerto Rico, on April 25th, 2013…there was an encounter that pretty much mirrors exactly the Nimitz encounter. Except this time they were able to get observational data of the movement of the craft underwater. They were able to measure its speeds up to 95 miles an hour. That’s not anything we can really do underwater due to the resistance…”

“…You know, we’re pushing up against a wall with our technology – whereas this is more of a magnetic field that makes a bubble that just slides through wherever it’s going. So I believe that the Navy has been engaged in recovery of something. It’s some type of technology like that, that they’ve incorporated into their fleet. And I hope I’m not giving away any top secret information here. You know, there’s now electrostatically charged holes on our ships. And that’s to cut the friction going through the bell waves…”

ET Encounter – ET Contact Or An Out Of Body Experience?

Walter Rucker describes an ET encounter in the following piece which took place in Memphis, Tennessee.…

Grey Alien Agenda To Capture And Harvest The Human Soul

The grey alien agenda on earth has been debated long and hard. There’s plenty of confusion…

A journalist, reporter, anchor and sports commentator for over 30 years I was mesmerized by the UFO topic when I was just 5 years old after watching the 1956 classic “Earth vs. The Flying Saucers”. Did I even understand it at that age? Oh sure. It scared the crap out of me but I was hooked even back then! Do I believe in life elsewhere in the universe? I think it was said best in the movie Contact…”The universe is a pretty big place. If it's just us, seems like an awful waste of space”….I think we’d have to be pretty arrogant to think we’re it”.
Affiliate Disclosure

Get In Touch
Copyright ARLHub.com 2020 All Rights Reserved.
Back To Top
×Close search
Search