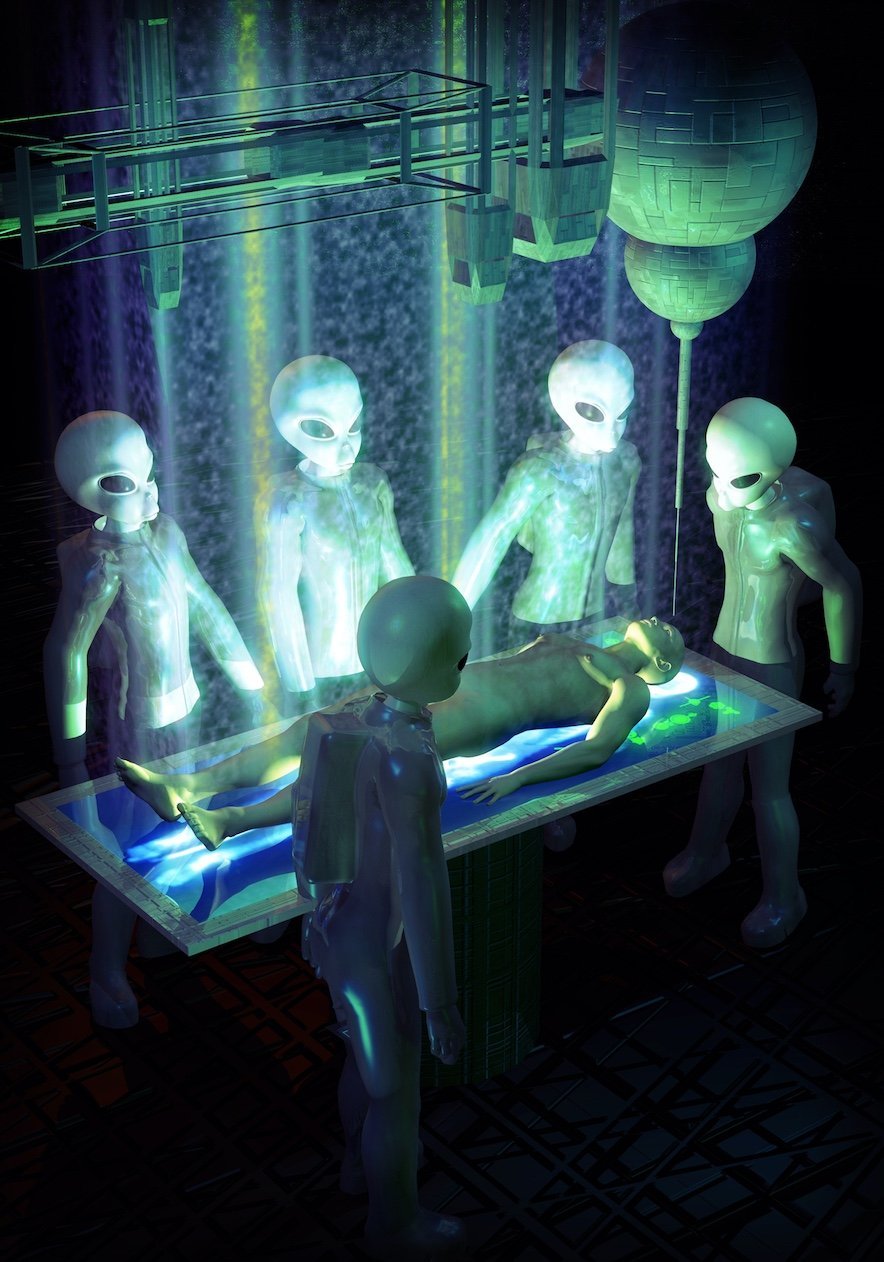 We can add another one to the list. Your fitness tracker.

Whether you use a fitness tracker on your wrist or your smartphone, these devices may just prove to be the “holy grail” for alien abduction proof seekers.

Terry Lovelace talked about an incident he had with his fitness tracker in April 2019.

He briefly spoke about it in an interview we did during the Aliens Revealed Live online summit in February.

It’s actually quite remarkable. At first, you may be inclined to dismiss it but there appears to be no apparent reason for the anomalous data Lovelace received on his tracker other than from above.

The Best Alien Abduction Proof Provided By A Smartphone

Lovelace has been a lifelong experiencer.

We’ve reported on his experiences as a child in our Aliens In The Bedroom series and of course, he made world headlines in the incident at Devil’s Den.

The incident at Devil’s Den has been immortalized into ufo folklore. It was part of a trifecta of famous alien abductions during the 1970s along with the Pascagoula Incident and the Travis Walton abduction.

All three happened within a span of four years from 1973 to 1977. But Lovelace’s latest incident had him scratching his head.

Waking up and out of breath on the morning of April 16th, 2019, Lovelace thought he was having a cardiac arrest.

He was rushed to hospital and after a short scare, was released none the worse for wear.

Were His Alien Abductors Outsmarted By Human Technology?

Later that evening, Lovelace went for his evening walk. When he checked his iPhone fitness tracker he noticed something strange.

It was telling him he had scaled six flights of stairs between 5:23am and 5:24am. Problem is, Lovelace doesn’t have any stairs in his house.

Even more alarming is the fact he was asleep during that time.

Lovelace then took his iPhone to his phone carrier and after they completed a diagnostic audit on it, they told him there was nothing wrong with it.

Lovelace couldn’t remember anything about the incident but had plenty of anxiety about it.

“You know, I can’t but I was troubled by some nightmares afterwards that I thought were disturbing”.

“After finding out that my phone didn’t have a malfunction of any kind, I had some anxiety about it. I just had that nagging feeling that you know, something’s not right here”.

“And I have a good friend who is a board certified psychiatrist here in Dallas. I actually met him at a Mufon meeting”.

“He’s been in practice for 40 years. In the last 20 years, he’s had a lot of people come to him and say, you know doctor, you’re not going to believe me, but I think I’ve been abducted”.

“Or you know, I saw a UFO and I had an odd experience. Well, his medical training was to classify that immediately as delusional, and then look for some underlying organic reason for the delusion”.

The Best Proof Of Alien Abduction Was About To Be Exposed

Lovelace agreed to hypnosis therapy and the big reveal was about to be made.

Data on fitness trackers is very reliable so could this be the best example of alien abduction proof we’ve seen?

You’re asleep at the time you’re supposed to be scaling six flights of stairs. How does that happen?

The irony here is that while we all agree alien technology far surpasses anything we have here on earth, maybe they’ve outsmarted themselves this time.

The moral of the story is, always wear your fitness tracker to bed, especially if you suspect ET has been to your house.

Lovelace explains in detail in the following interview how this episode played out. He also talks about his hypnosis therapy, what it uncovered and his simmering feelings towards his alien visitors.