Are Crop Circles Real – The Mystery May Never Be Solved 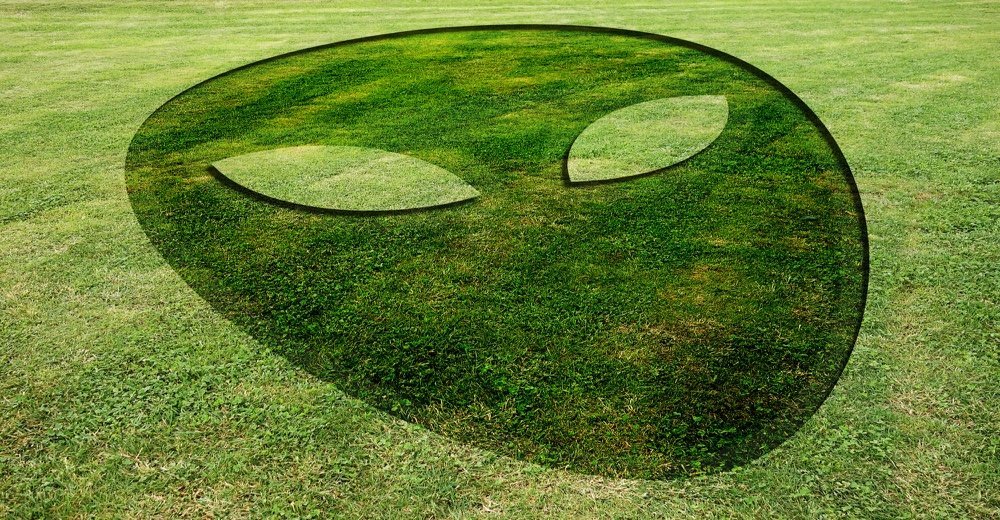 Are crop circles real? Again, to borrow a line from the hit television series Ancient Aliens – that would be a resounding yes.

That’s the vexing question and the truth is, it’s one we may never get the answer to in our lifetime unless full disclosure happens.

For the time being at least.

Crop circles appear regularly around the world. Yet while they appear out of this world creations, their validity has been stained by several hoaxes during the past four decades.

Stein says the answer is out there somewhere but as yet, we don’t have it. The crop circle mystery may very well stay a mystery.

“Basically yes, I think that they do. They’re certainly still a mystery to me”.

“If I thought I had the answer, you know, I’d probably make a documentary film and tell people what it was”.

“But the more I dig in different areas – like just studying plasmas and how they operate – the laws in which crop circles abide by has really impressed me”.

“I’m impressed by the overlap and correlation that you see in crop circle formations”.

“So I’d love to see scientists more trained than I with higher degrees of background in education and an understanding of the intricate levels of science apply themselves to the crop circle mystery. But that’s yet to be seen”.

Factors such as people making crop circles and an almost lack of evidence of them actually being formed, “muddy the waters” when discussing whether they are man-made or E.T. engineered.

This has made the job tougher for researchers in ascertaining what to believe and what to dismiss as a hoax.

And there are plenty of people out there promoting that theory.

But then again, maybe that’s what those pulling the strings behind the scenes want to achieve…confusion.

Is there an agenda? Is this just another cog in the whole UFO agenda that serves those wishing to keep the rest of us guessing?

So, earlier we mentioned an almost lack of evidence of crop circles being formed. Jennifer Stein gave a couple of examples in the past where the culprits, probably other worldly, were almost caught in the act.

We do know that crop circles are real, both hoaxed and unexplained. The evidence is right there in plain sight for everyone to see.

And research and testing have concluded there is a big difference in man-made circles and those that are yet to be explained.

Stein related one very famous case where a circle was being created with the observer almost in the thick of the action. But it’s legitimacy is very clouded.

“Yes. There have been a number of eyewitnesses, a very famous one named John Wheyleigh. People claim his footage is a hoax but he was an Englishman camping out at Oliver’s Castle. He had a tent, had his home video camera on the tripod covered. He woke up at about three or four o’clock in the morning and heard this very unusual sound”.

“And he got out of his tent, was looking around. He really couldn’t see much going on, but he turned his camera on. His camera didn’t even have a viewfinder”.

“He had to look at it with its IPS and he just turned the camera on and pointed it in the direction where he was hearing the sound coming from”.

Two Lights In The Field

“He didn’t even move it. He just turned it on and then he was looking around thinking, well, maybe he’ll capture something”.

And sure enough, he captured these two lights, kind of coming in and floating around in the crop”.

“And then they kind of just literally fell down instantaneously”.

The John Wheyleigh case caused a huge controversy at the time and is considered suspect by many people”.

“However, others believe the footage he took, while limited, is actual proof crop circles are made by aliens”.

Again, it all fits into the whole crop circle narrative where there is so much debate one way or the other.

At least a private scientific team confirmed during July, 2003 that what the eyewitness saw was not made by hoaxers.

“Art Rantala in Mayville, Wisconsin was getting ready to watch a rainstorm move across, his field and his property”.

“And he saw trees shaking and wheat just wiggling all of a sudden and then it just kind of collapsed. And then he saw a shadow in the field and he walked out there”.

“Sure enough there was crop down and it was investigated and it had the typical energy signatures that we see. Things like expulsion and cavities and seed germination studies were done”.

Reports say Mr. Rantala observed the phenomenon which took no more than fifteen seconds to be completed.

Are Crop Circles Other Worldly?

Jennifer Stein says her job is not to convince people that crop circles are made by other worldly beings. Are crop circles real? Yes, but who makes them?

“It could be a natural phenomenon or a phenomenon that’s triggered by a little tweaking”.

“Now, is that a man-made thing; is that some of our military playing around with us or is that ET using a natural occurring electrical phenomenon that they can, you know, quickly manipulate”.

“I have no idea. I’ve never had an ET land in my yard and tell me”.

“…I go out and speak to groups like a rotary group.  If I show up and say, yes ET’s giving us a crop circle message – they’re just going to laugh me out the back door and say, well, thanks for coming”.

“But there’s so much to these odd UFO phenomenon appearing of course including crop circles”.

“I want to take people into a journey of exploration and I need to stay very grounded”.

“I have a science background so when I present I give the facts and let them decide”.

“Don’t try to put ideas in their mind and tell them – ‘this is definitely ETs communicating with us’ – there’s no way I could prove that”.

What are the implications of formal extraterrestrial disclosure? This is a divided argument. Some say nothing.…

Are All Paranormal Events Related? The Research Says Yes!

It wasn’t long ago when paranormal events were considered ghostly. Now, it seems with more research…

Copyright ARLHub.com 2021 All Rights Reserved.
Back To Top
×
Search