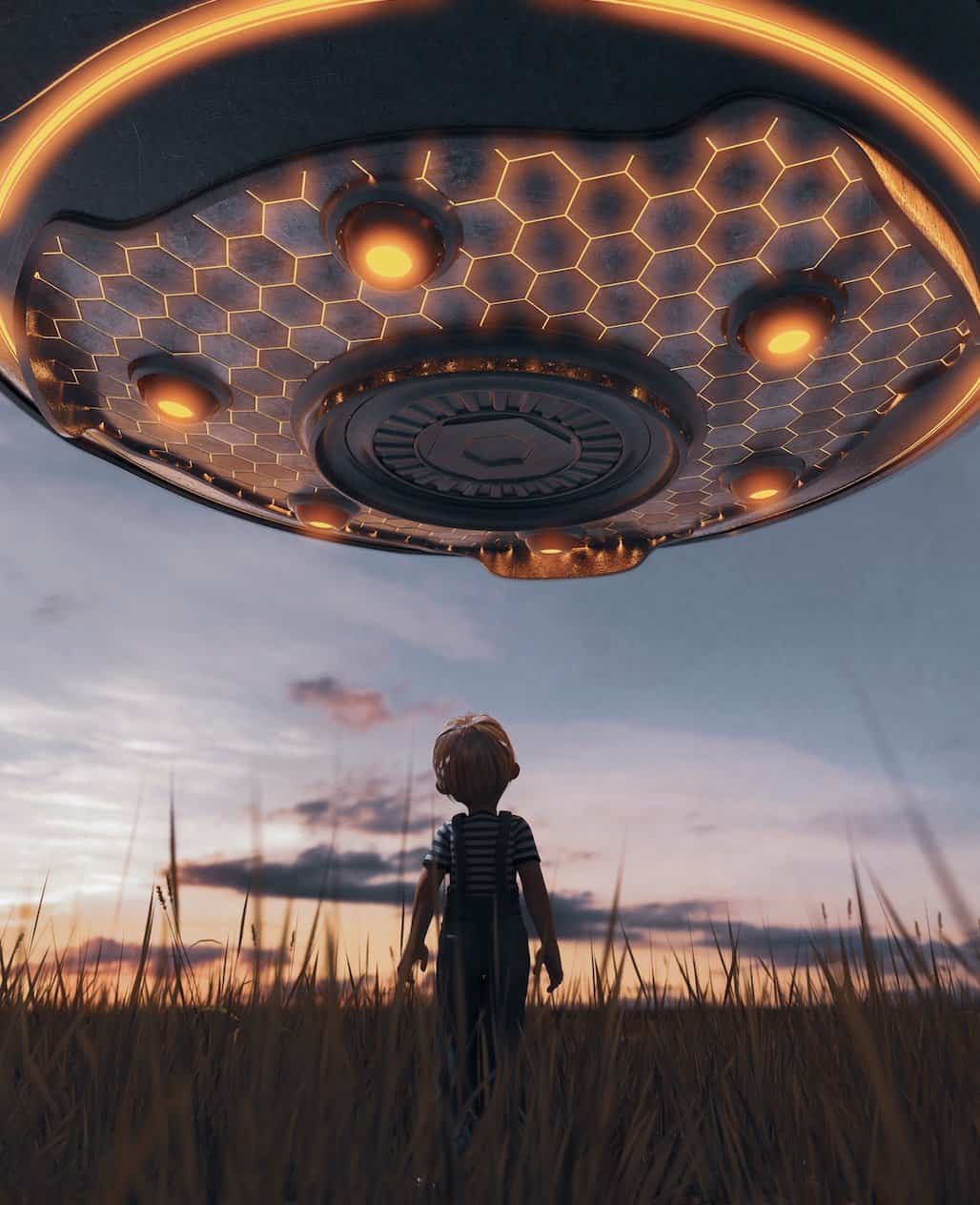 If you doubt that an alien hybrid program exists on this planet, then it might be worth listening to lifelong experiencer Bruce Cornet.

Why am I putting it in a timeline with Travis Walton’s event?

Cornet was head of a drilling crew in Richmond, Virginia in 1981. His abduction happened almost in plain sight of his crew.

Cornet was taking a nap in his trailer before getting a visit from what he termed as wrinkled-brow aliens. They transported him from his bed to a waiting ship and he estimates he was gone for several hours.

At the time, Cornet thought he had had a nightmare while his crew stayed tight-lipped about what they witnessed.

The story then takes another strange twist as Cornet, knowing something happened to him, eventually opts for regression therapy.

But not until 1995, fourteen years after his alien abduction!

And sure enough, Cornet’s suspicions were confirmed. He was definitely abducted. But in another strange twist, he learns more than he would have bargained for.

I’ve conducted almost two hundred interviews in eighteen months and the majority of them have been with contact experiencers.

Bruce Cornet’s interview is probably the most detailed and graphic I’ve ever recorded.

At The Center Of An Alien Hybrid Program

Cornet’s journey as a contact experiencer actually began fourteen years before his Wellsite abduction. It seems unbeknown to him, he was at the center of an alien hybrid program.

It really began in Buffalo, New York when he was on a trip to visit an old friend.

And on the New York through-way I’d heard a report that there were sightings of ufos in the area”.

“I started paying attention and before long, here comes this disc-shaped craft zooming right across the highway from left to right before disappearing into the woods”.

“So I immediately pull over and I get out to go into the woods to see what was going on”.

“The next thing I remember, I was getting back into my Volkswagen Beetle”.

“I then made it back onto the road again before taking off and accelerating to highway speed”.

“And I had this strange thought in my head which turned out to be a screen memory”.

“I thought wouldn’t it be nice if I could help an alien fix its disabled craft?

“But the only thing that was wrong with that picture is that my private parts ached and I was an hour late meeting my friend in Buffalo, New York”.

“So there was an hour of missing time”.

Cornet was abducted during his visit to the woods on his Buffalo trip in 1967. He was abducted again in 1981.

Both times he knew something wasn’t quite right. He even admits his interest in the ufo topic wasn’t really that great.

But his regression therapy opened up a bunch of memories he didn’t expect to accumulate.

“It was 1995 that I was regressed by Fred Max. We learned what happened to me on board their ship”.

We learned how I was operated on without anesthesia in a refrigerator environment”.

“My abductors were not the tall whites and ovoid grays that abducted Travis. I call them the Wrinkled-Brow aliens, who the late Dr. Karla Turner studied and wrote about in her book Taken”.

As it turns out, he learned of another abduction which happened two years before his regression therapy in 1993.

“Even my ex-wife reported meeting that type of alien at college in Rhode Island when we were both abducted and operated on around Thanksgiving of 1993 on Massanutten Mountain Ski Resort in Virginia”.

That’s an interview I’m planning to conduct with Cornet and his wife in the near future. It is truly remarkable.

But examining Cornet’s timeline is fascinating. As a scientist and engineer, he is really only concerned with facts.

And for someone who went through a great part of his life not really interested in ufos or aliens, he ended up with more facts than he could handle.

But why Bruce Cornet?

Cornet says he believes he was marked for alien hybridization.

His story is one of the most amazing we’ve encountered. We’ve already presented the first part of our interview on his Wellsite abduction.

I had originally intended to present the second part as a standalone.

But as I mentioned earlier, it’s a timeline that you need to pay attention too. So I am providing the interview in its entirety.

Cornet spends the first twenty eight minutes talking about his Wellsite abduction. He actually is reading from the notes provided by his regression therapist Fred Max. Then it gets even more bizarre.

He talks about how his memory returned on his childhood contact experiences including an occasion in school when he was visited by six small greys.

And he spends time on his Massanutten Mountain Ski Resort abduction with his now ex-wife Pat.

***We warn you that some of the following description presented by Bruce Cornet is graphic in nature.***