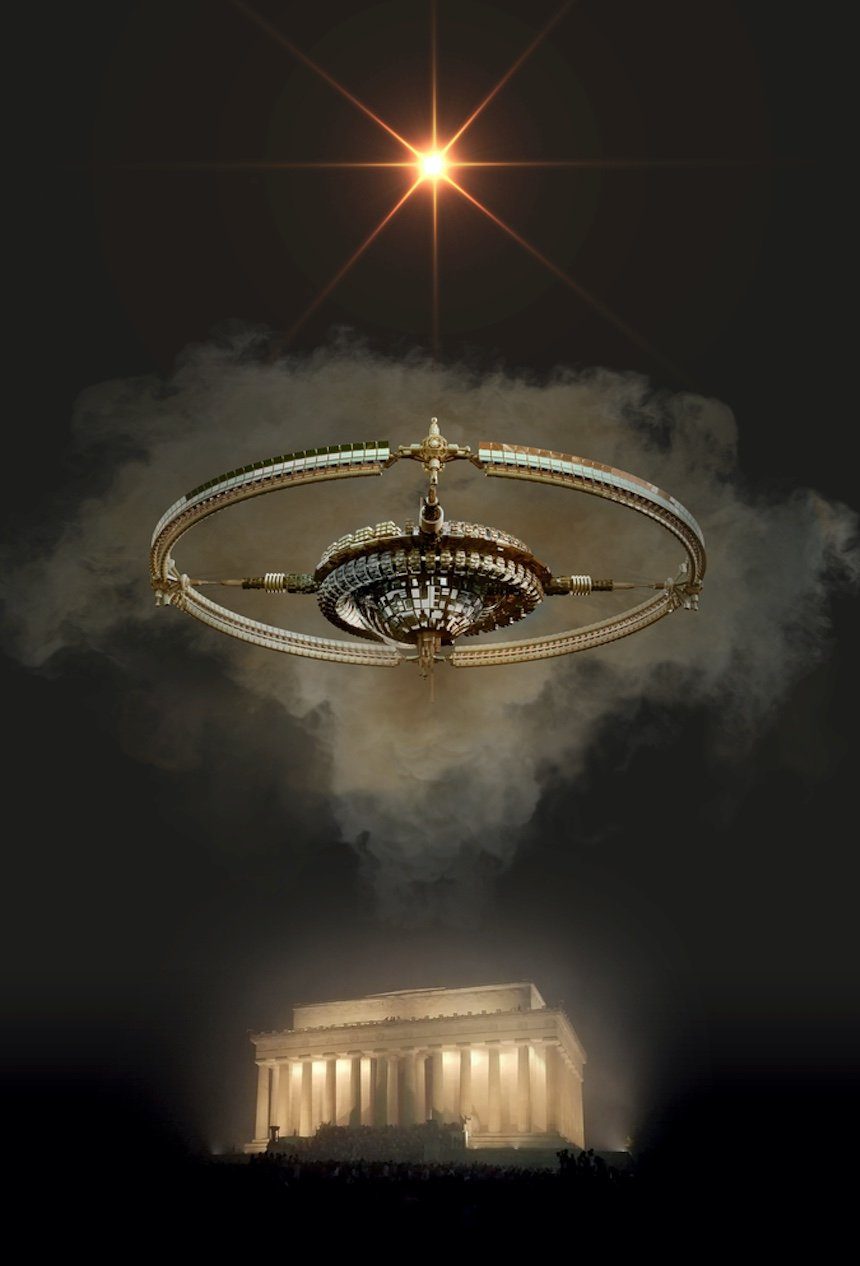 An intergalactic resettlement program? Don’t get too excited if you think it might be a way of this planet.

An intergalactic resettlement program sounds like something humans could use right now given the mess we are in around the world.

But longtime experiencer and educator Karen Holton says as far as we’re concerned, it’s not a program intended for human beings. At least not at this stage. And you probably won’t be surprised to know why.

“They’re not just going to come down here and scoop everybody up and rescue everyone”.

Holton says we’re considered a primitive race still working towards some type of ascension. The beings she comes into contact with are very peaceful and consider us almost a pollutant to their environment. But the good news is, they have hope we’ll turn things around.

How Long Has This Intergalactic Resettlement Program Been Around?

Holton uses terms like psychopathic when describing the E.T.’s impressions of us. To a very advanced and peaceful loving race, yes, we would definitely come across as a little psychopathic.

An intergalactic resettlement program may not include us right now or anytime in the near future, but Holton is encouraged that E.T. has faith that we will make it.

“The Intergalactic Resettlement Program has been going on forever all over the universe, because planets are not the safest places to live”.

“There are all kinds of catastrophic things happening. That’s why so many beings live in these habitats in space, which is another expression for big giant ships”.

“And so this has been going on for a long time. What they don’t do because of their non interfering way of conducting things is interfere with our progress.”.

“When we make mistakes we learn and figure it out on our own”.

“They’ve created these things when beings are ready to reach out and make contact. And it’s similar to CE-5. Human initiated contact”.

“And they will encourage populations much like they did in the past, where certain ones would become more like shaman and would know stuff and be spiritual”.

“And we’d share it with the common people because it kind of has to get downloaded into whatever the common culture is”.

While Holton says the intergalactic resettlement program has been going on for a long time, if the “peanut butter hits the fan” here on earth, don’t expect a rescue craft to come down and scoop us up.

“As far as Earth goes right now, a spaceship will not show up and take us all aboard and move us to a brand new planet in my opinion”.

“I can’t see that happening for a number of reasons. One reason is because they have complete confidence that we can fix this for ourselves”.

“We’re powerful and creative beings. We can stand up and reclaim our sovereignty and the sovereignty for our planet”.

“And that is their big hope right now”.

However, if there comes a time where all hell breaks loose, such as something’s going to impact us from the sky and potentially destroy the planet, there is a chance for certain people to be rescued, but they’re not going to take ‘psychopathic beings’.”

“That’s not going to happen”.

“And even those of us who are not psychopathic, we’ve been raised or exposed often in a narcissistic-type environment”.

“So what we need to do is we need to learn how to deal with our personal crap, our collective crap”.

“And their hope is that we will then get to the point where we can do a more intense CE-5 communication and have some evacuations going on”.

“When we get to that point, some beings are being rescued and taken off planet and they’re using different kinds of healing technologies to help them”.

“Bu overall, the big rescue ain’t happening. We are going to rescue ourselves, and then we’re going to be ready for contact”.

Holton warns of a nefarious global agenda here on earth. She says it’s not tied to an intergalactic resettlement program but is something people should be aware of.

It’s been going on for a long time.

Holton says it’s because of our creative ability which is being suppressed by what she describes as bloodlines of people maintaining power.

“I believe that there has been bloodlines of people who have maintained the power. And I think the reason they maintain the power is because they don’t have the ability to have compassion or empathy”.

“That’s because they don’t have what goes along with compassion and empathy. That’s creativity, novel thinking and abstract thinking. They don’t have that”.

“All they’ve got is this lineage and this power that they’ve been using for thousands of years here on Earth”.

“And I believe their belief systems have created the satanic or Luciferian agenda. So I would debate whether or not that’s an actual lizard-like being or whether that’s an energy, a structural energy, that has been maintained for thousands of years”.

“They believe they are more advanced than us. They have entitlement. They’ve just been using brute force because they have no empathy. They don’t care”.

“And it’s branched off through religion, the economic policies, the political systems, the medical industry and the media”.

“It’s always been this way but it’s just it’s been hidden. Now it’s all coming out into the open all at once”.

“You can imagine why many advanced civilizations are not going to want to come down here and ‘kumbaya’ with us. It’s a big mess and we have a personal responsibility in this mess because we maintain it”,

Intergalactic Resettlement Program: No Rescue For Us?

A mission to travel to the planet Mars by at least 2029 is on the “drawing board”. If we are not on any alien’s rescue plan in the future, it seems some here on this planet are taking matters into their own hands.

As a contact experiencer, she’s been getting first-hand knowledge of the where, what, how and why of this planet’s destiny.

She’s on a mission to inform as many people as possible armed with information received from her information downloads.

In the following interview, she talks about the intergalactic resettlement prom, the nefarious global agenda, her contact experiences, the different types of E.T. races she has encountered and her life-changing download.