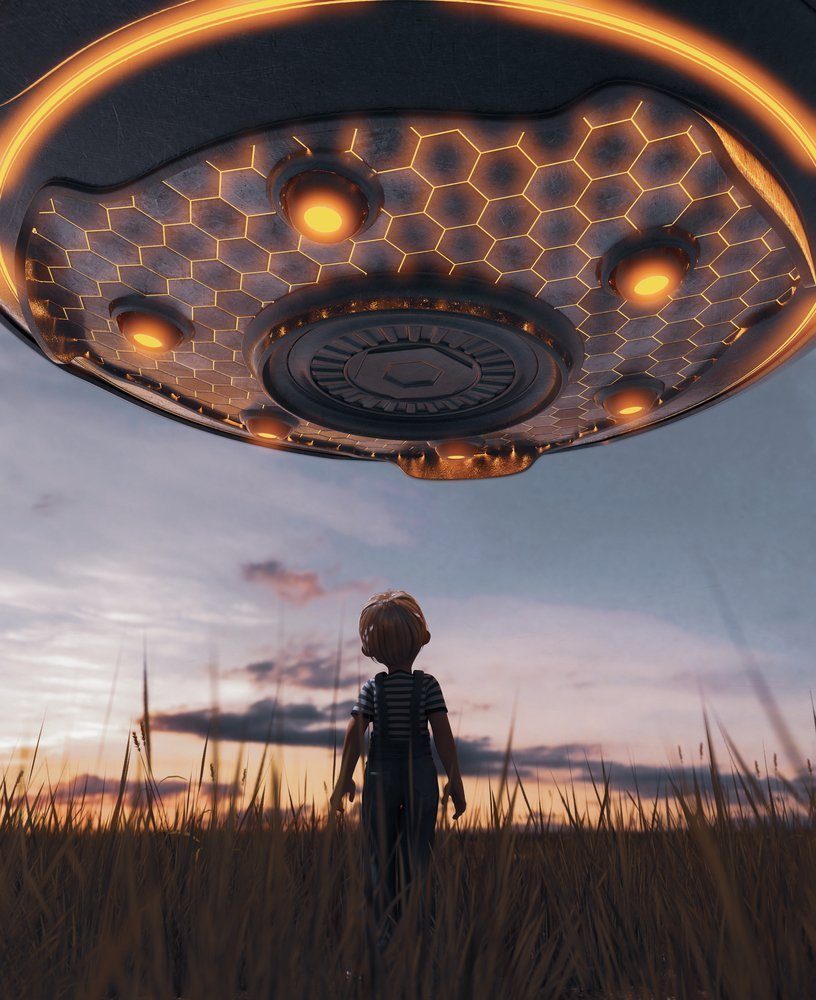 When talking about alien hotspots in the United States most of us would naturally gravitate to areas in New Mexico, Nevada, Florida and Southern California.

That’s understandable as these states seem to get the bulk of the publicity.

In fact, in a recent article at Stacker.com listing the top alien hotspots for ufo and alien activity, California and Florida came out on top.

If I mentioned Middleton, Massachusetts as one of the prime alien hotspots in the U.S., the reaction would probably be something like…where?

Middleton is located north of Boston off the I-95 and it has quite a reputation as a hotspot for ufo activity.

Robert Emerson grew up in Middleton during the sixties and seventies and has a lot to tell.

Emerson has worked as a hypnotist for more than forty years specializing in working with contact and paranormal experiencers.

His story is fascinating. His thoughts and findings will challenge your beliefs about our own existence.

And once you process what Emerson has discovered in all the decades he’s been working with experiencers, the conclusion makes a whole lot of sense.

While Middleton probably hasn’t gained the publicity it should have because of its alien activity, another town three hours west has.

That town is Sheffield, home of the famous 1969 ufo encounter which saw a young Thom Reed taken from a car driven by his mother by insect-like aliens before being returned.

In fact, Andreasson was given the meaning of life by her alien captors who then erased her memory.

The Bridgewater triangle area is a famous ufo area in the north east of the United States which Middleton is just south of.

Why Has Middleton Stayed Under The UFO Publicity Radar?

According to Emerson, the reason Middleton hasn’t received the fanfare other towns in the U.S. have is very simple.

“Well, this was back in the sixties and actually through the seventies and the first thing you need to understand is, nobody talked about it”.

“Now, an example…on my street alone, there was a ton of activity. Nobody talked about it”.

“My mother was coming home with groceries on River Street in South Middleton where I lived, and she saw this vessel on the ground in a cow pasture. There’s more cows there than people”.

“She thought it was something built for watering the cows. What does she know right? She doesn’t know about ufos.

“So she drives past it and then she stops and backs up. And she sees these little beings, about half a dozen beings on the ground around it”.

“She still doesn’t know what it is and this is what you need to understand. People don’t get it. They don’t talk about it”.

“And she was afraid to talk about this and it wasn’t until she was in her eighties”.

“She had some back surgery and was on medication and only then was she was able to bring this up”.

“I never heard from her in my whole life about this”.

“So what I do know from all my experiences, if she was that close to a vessel on the ground, she was abducted. That I do Know”.

In a recent interview with Sev Tok, she told Aliens Revealed Live that contact with extraterrestrials is never by accident.

Robert Emerson relayed the same message to us.

He says before we entered our physical bodies as spirits, deals were made with others in spirit who would act as guides through our physical existence.

Emerson says alien abductions are not by accident. He says ETs don’t come here from millions of light years away just to stumble across someone on the side of the road.

He says abductions are planned events.

“It’s of a spiritual nature. And let me just give you a quick synopsis on that one”.

“So you have spiritual guides around you that are there to guide you and to help you through your earthly sojourn”.

“But that is not an easy thing because our emotions and our ego cause all kinds of problems for us”.

“Meditation is a way of laying aside emotions and ego while you made a deal with extraterrestrials too”.

“That’s what an abduction is. They’re all of a spiritual nature. They don’t happen by accident.”.

Middleton appears to be an alien hotspot with a strong ufo tradition.

Because it’s not a household name like Roswell may be a blessing in disguise.

But according to Emerson, there may be many towns scattered across the United States just as prone to ufo visitation.

Because it happened during a period when to talk about ufos and aliens was taboo, many of the secrets that small towns like this have, will die with those witnesses who made the sightings or had the encounters.

People just didn’t talk about it and therefore, there was no spotlight on it.

In the following interview with Aliens Revealed Live, Emerson talks about his early contact experiences in Middleton.

He speaks about his progression to becoming a hypnotist and helping experiencers deal with and cope with their events and, he expands on his views on the physical and spiritual.

If you have a set view on extraterrestrials, then prepare to be challenged. Emerson really lays it out there for you to chew on and think about what our origins really are and why we are here experiencing this physical life.