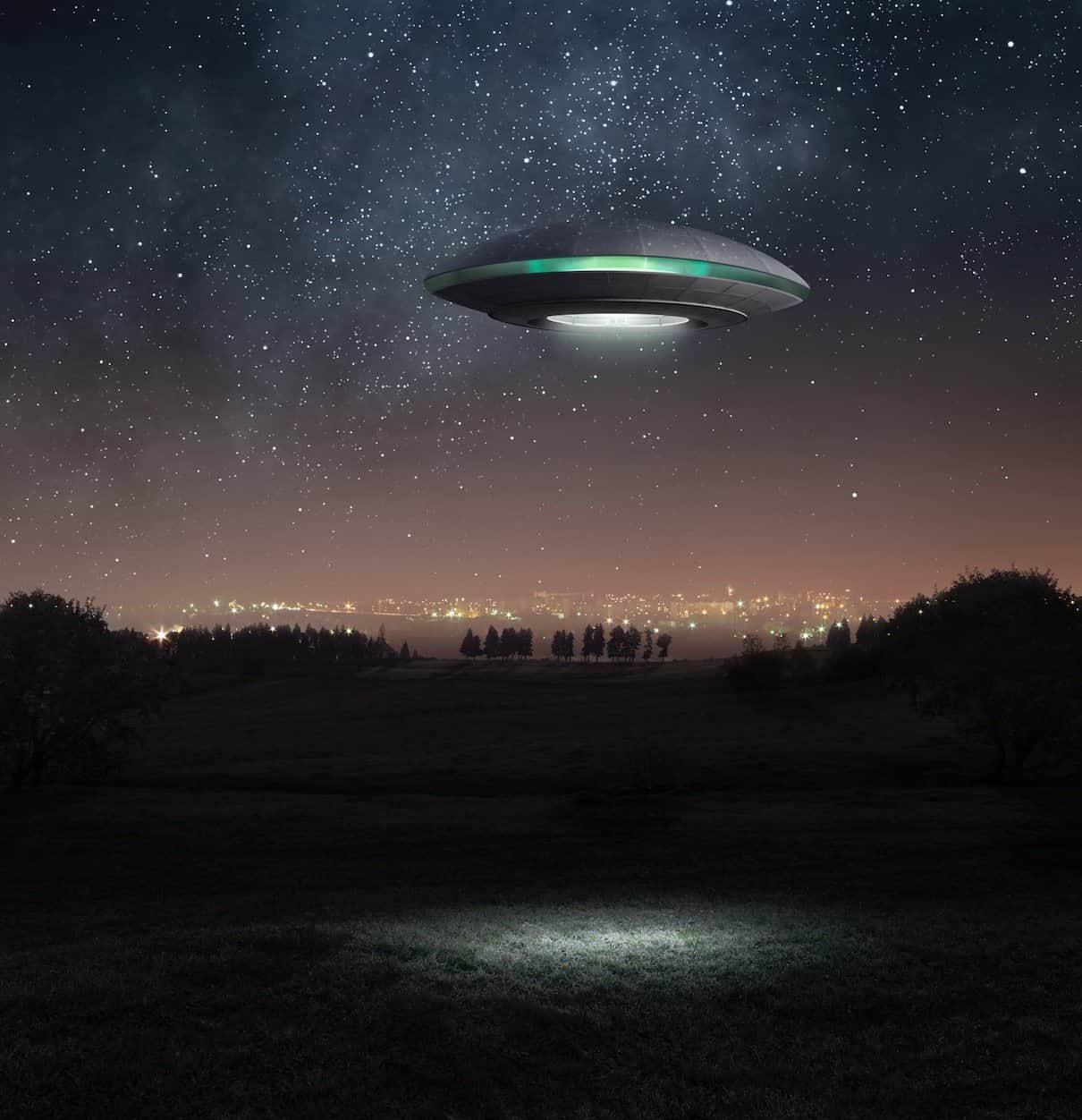 Paranormal investigators Pamela Nance and Ashleigh Field had an alien encounter most of us would like to experience.

That is if we had the choice.

For Nance and Field, what was going to be a routine observation of the night skies for UFO activity turned out to be much more.

They set up their equipment and started their investigation at ten o’clock in the evening. Two hours later, they were standing in the backyard staring at the moon feeling dizzy and nauseous.

They knew something wasn’t quite right. Nance says it was just going to be a routine investigation.

“Our purpose that evening was to observe the night skies for UFO activity and to communicate with alien presence”.

“The night sky was clear; star-filled with a waxing gibbous moon at 78% visibility”.

“During the investigation, multiple real-time EVPs were heard indicating an alien presence”.

“We honed in on that line of communication and began to ask appropriate questions, and we soon found ourselves being directed to look to the left of the moon”.

“We noticed a very bright object and began asking questions about it. And we talked about how unusual it looked. It was unlike the surrounding stars because it was much larger and then we realized it appeared to be moving towards us”.

An Alien Encounter For The Ages

An hour and forty five minutes of missing time gave both investigators a clue that they had an alien encounter.

But this was an alien experience most of us would choose if we got the chance.

When Nance and Field were standing in the backyard after their experience they realized something unusual.

“All of our equipment was on the ground behind us. It had been turned off”.

“This is counter to our normal investigative techniques. Our devices are the primary means of communicating and collecting evidence”.

“However, the video camera was set-up in a different location in an area of the yard that was behind us and to our right. It was still recording”.

“None of us knew we had lost almost 2 hours of time until we returned to the house and found it was 1:00 am”.

“In the following days as we reviewed the evidence, EVP, photographic and video, it became apparent we had experienced an alien abduction”.

Pamela Nance is a lifelong experiencer who had her first brush with aliens when she was just four years of age.

Her experiences are quite remarkable and the Bledsoe property encounter seemed to tie in with her earlier encounters.

In 2000, Nance decided to team up with Field and start investigating paranormal experiences. But unlike many of the television shows which seem to rely on hype and showboating to keep their audience interested, they instead decided to investigate from a scientific base.

“We didn’t want to do it from the scare factor point. TV shows with people running and screaming. That’s not what we wanted to do”.

“We wanted to find out where these entities are and how can they communicate with us. We wanted to get it down to a scientific level”.

Aliens And Their Return Caught On Film?

The evidence Nance and Field caught on camera seems overwhelming.

The video and sound they captured that night contains eight minutes of the pair in a discussion with Chris Bledsoe and others who were there.

This was while the strange light to the left of the moon was approaching.

“I remember feeling a little bit nauseous and dizzy and relayed that to Ashley and Chris”.

“But what was strange was the last memory we had, we were standing there asking questions”.

“We had our equipment and when we kind of came to, the equipment was on the wet ground behind. That’s something which we would not have done”.

“And it was turned off. And that was counterintuitive for our entire purpose of being there. We were there to gather evidence”.

“Why was our equipment on the ground turned off? That made no sense”.

“We just “chalked” it up to feeling weird because we had driven three hours and had a full day. It’s now clearly late into the evening”.

“We just picked up the equipment and walked back inside and at that point, Chris’s wife came out of the bedroom and wanted to know where we had been”.

“That was one o’clock in the morning and we just said, ‘we were in the yard’. And she responded, ‘well, I looked out back and you weren’t there”.

The Alien Encounter And Explosive Evidence?

When Nance and Field got back home and checked their audio and video, they discovered the missing time.

But not only that, aliens on camera and what seems like an audio of their abduction. That was in the first eight minutes of recording before the missing time kicked in.

“For the investigation, we use an SB7 that sweeps AM and FM radio frequencies at a very, very high speed”.

“And the theory is that it offers the spirits or beings a platform of communication through this white noise”.

“So you can hear us step away and we’re starting the EVP session”.

“But at the same time, you can hear what sounds like Ashleigh and I being brought back on a craft”.

Nance describes what is a benevolent alien encounter. So much so, she says Field didn’t seem to be happy when they were returned.

But it’s the “smoking gun” evidence in their possession which makes this experience all the more remarkable.

Nance says she eventually plans to publish the audio and video and is currently receiving guidance on the best way to proceed.

She’s now had it for more than five years.

Nance talks us through the entire experience in the video interview at the beginning of the article. That includes the time on the ship, the section of space they visited and whether she was afraid of any interference from those interested in preventing her from releasing the evidence she has.