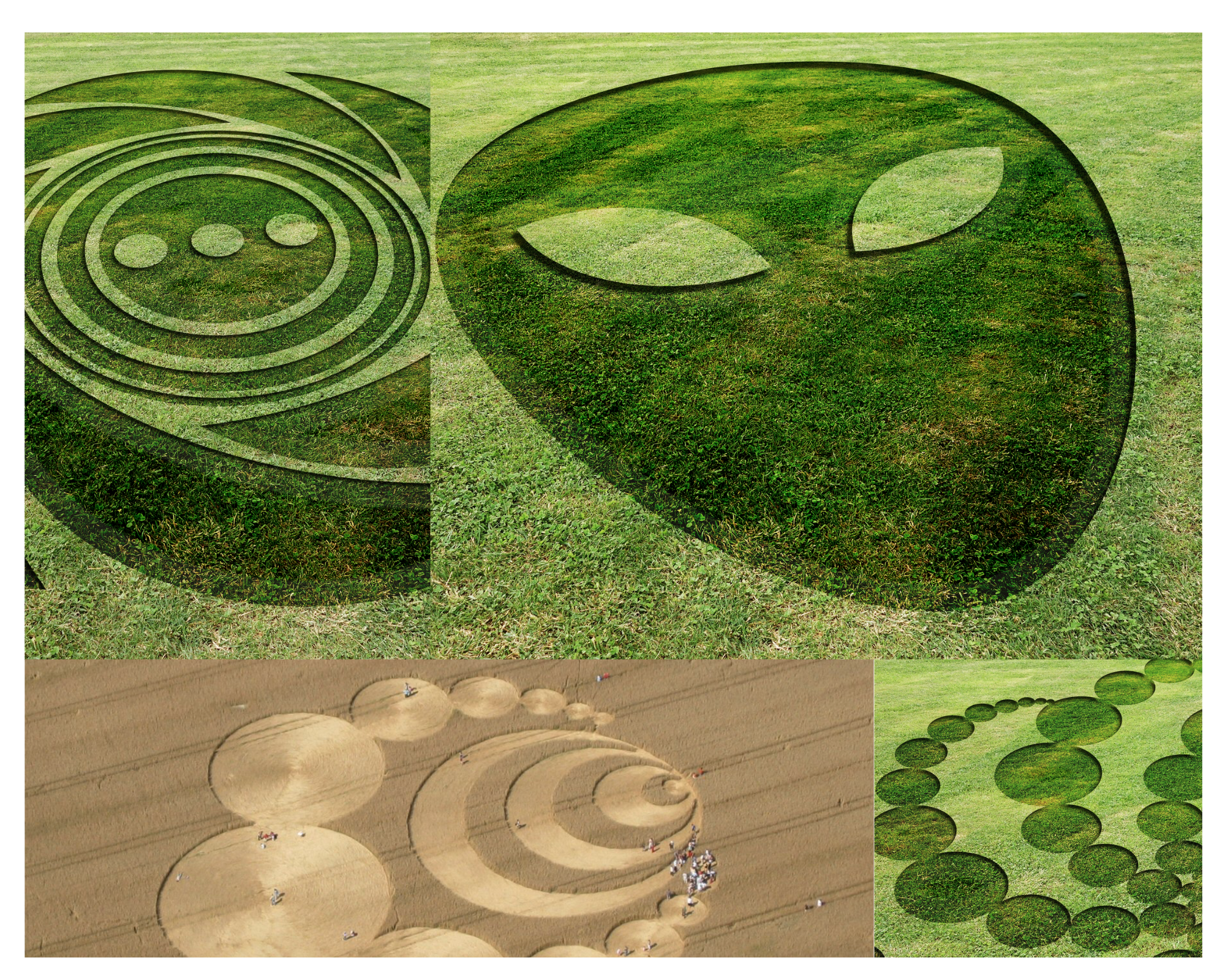 Are they alien crop circles, a man-made hoax or simply a natural occurrence?

In the ufo community, the popular theory is that crop circles are made by an alien hand with a strong message for humanity.

But the skeptics will argue that they are made by human hands and if that can’t be proven, they’ll opt for natural phenomena.

This article is not going to reveal how crop circles are made or who they are made by.

Instead, we are going to explore the idea that if they are alien crop circles, then what’s the message?

Several interpretations have been put forward in recent years including messages from the future.

Jennifer Stein has spend almost her adult lifetime searching for the answers to crop circles.

But like most experts who have spent any time studying these amazing formations, they still remain a big mystery.

As a ufo community, most of us are hoping they are alien crop circles with a message from ET.

After all, we all love a mystery interspersed with a touch of conspiracy. How boring would it be if crop circles were unequivocally found out to all be either man-made or the handy work of mother nature.

When I interviewed Stein during Aliens Revealed Live, we covered all angles on the crop circle mystery.

But the one question I asked her straight up was, “if they are alien crop circles and they contain a message, has anyone successfully deciphered it?”

Stein says many people have tried to decipher the crop circle message.

Vigay deciphered a crop circle which appeared outside a signal receiving center named Chilbolton in England in 2001.

It was in the formation of the message sent by SETI from Arecibo in 1974.

Vigay discovered plenty of similarities between the original message and the crop circle.

But in a report published at cropcircleresearch.com, he discovered up to nine discrepancies between the two.

So What’s The Crop Circle Message?

Vigay preferred to share his research rather than make any interpretation.

The alien crop circle message? Again, no definitive answers but plenty of suggestions.

“There are other formations that have appeared where there’s an alien face holding a disk which Paul Vigay also translated”.

“And it had a very clear message – like being aware of false promises; there are those that are trying to deceive you; the conduit is closing or wake up now and pay attention”.

“Who knows if those are an intelligent species trying to communicate with us”.

“Or it could be some type of Scalar Wave technology that can be used for defense and it’s instead turned on to specific areas of the crop and quick impressions are dropped down into it”.

Crop circles continue to appear. At the time of writing this, crop circles appeared in a wheat field near Paehl, Germany and at Bury Hill near Arundel in the United Kingdom.

Alien crop circles or not? Jennifer Stein talks about some of Paul Vigay’s research in the following interview.

She also looks at whether crop circles are just a recent phenomenon or have a long historical aspect to them. The answer may surprise you.

1 thought on “Alien Crop Circles With A Message Or Just A Man-Made Hoax?”