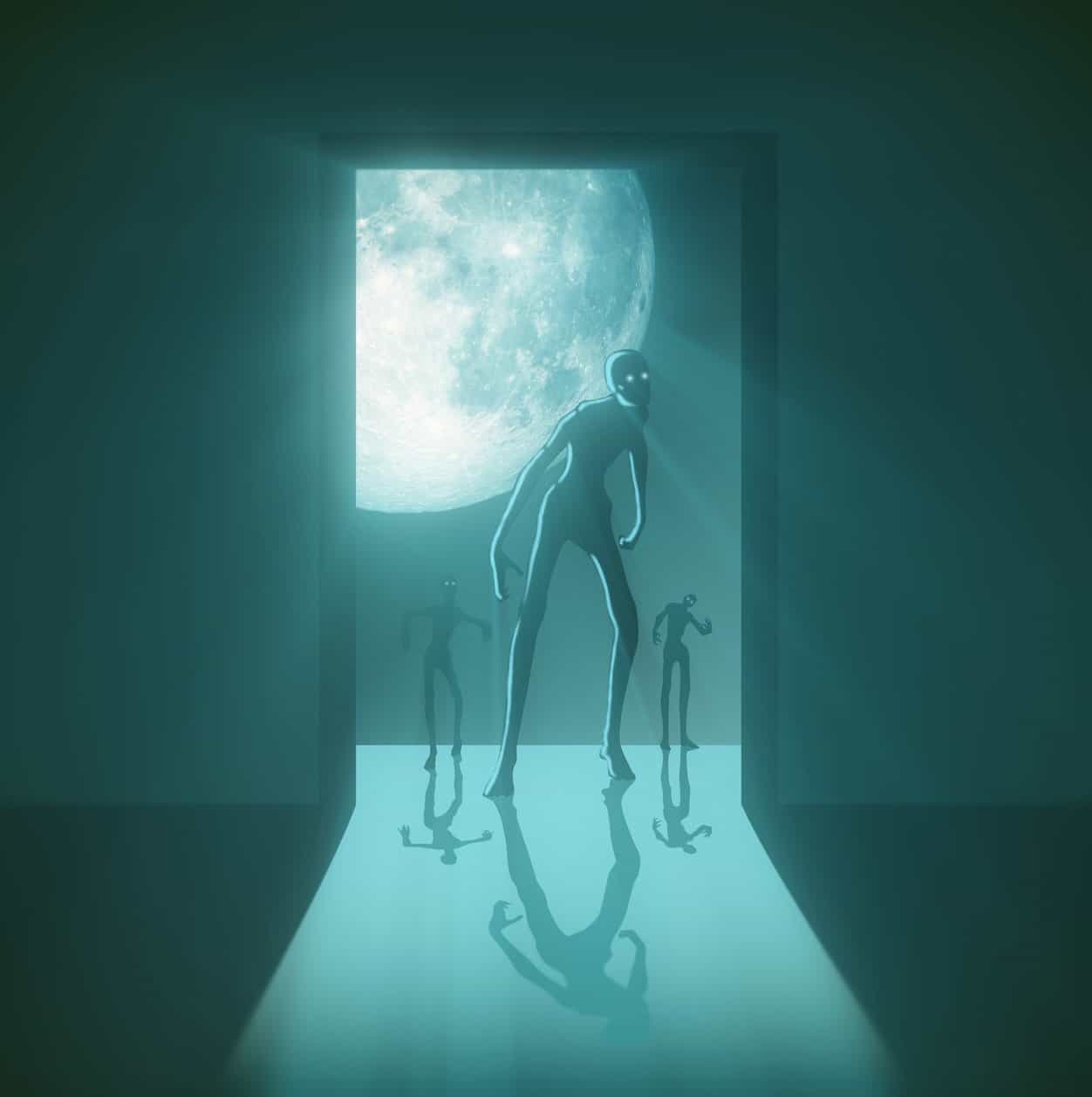 Alien contact can come in many forms. Abduction is the best known form of contact where the abductee has no say in whether they want to go or not.

But what do you do when you return home from work and two greys come through the wall and render you unconscious?

The fact that they can materialize through a wall is proof there’s not much you can do to protect yourself.

This scenario was presented to Chris Jenkins and his wife one night in 2007.

It was 8.30pm. Jenkins and his wife had just returned home to their fifth story apartment in Omaha, Nebraska after a long day at work.

As they were changing into their casual attire, the unwelcome greys showed up without warning.

Before Jenkins could react, the grey visitors hit them with an unseen energy. His wife collapsed onto the bed. Jenkins followed shortly after.

This story was posted on Mufon’s Facebook group in January 2020. I couldn’t help but be mesmerized by it.

It screamed genuine. I contacted Jenkins and asked if he’d be interested in doing an interview for Aliens Revealed Live. He agreed immediately. This is how he described the first part of his story.

“I walk in and sit on the bed of my 5th floor apartment. My wife stands next to me as we both remove our shoes”.

“Two greys walk right through the wall. Outside that wall is nothing down to the parking lot. No stairs, no fire escape, just a wall”.

“One grey pulls out a metal wand and points it at us. They are wearing silver suits”.

“I felt a wave of energy hit that made me dizzy. Out of the corner of my eye, I see my wife fall onto the bed”.

“Before I black out I say out loud, ‘how did you do that’? One of the alien entities now had his back to me. He turned and cocked his head slightly and said ‘How did we do what exactly’?”

“But he did not speak; it was telepathy. I said out loud ‘Walk through the wall’?”

“He replied telepathically again, ‘we use a particular type of light that increases the distance between electrons and the nucleus of an atom. This allows us to pass through solid objects’.”

“Then I blacked out”.

Jenkins and his wife woke up the next morning just after 7.00am.

Jenkins was in the sitting position and fully clothed with his wife standing next to him beside the bed.

My wife says, ‘wtf just happened. It feels like I went on a trip but I didn’t want to go’.”

“And that’s all she remembered”.

Alien contact has been a regular thing for Jenkins since that fateful night. He describes it more as “downloads of information”.

“There was a time after that where my son, my wife and I saw a red orb that was circling us. That was about three or four years after the 2007 event, but there have been no more physical ET encounters since”.

“It could be a question or a subject. My brain will just continue to dwell on it and it will just be repeated”.

“It’s repeated over and over again until I get home and look up whatever reference material they’re repeating”.

After blacking out during the first encounter with the greys, Jenkins and his wife were taken to an alien ship.

There they were lined up with other people before boarding the ship.

This is such a fascinating story. What followed on the ship was quite remarkable.

In the following interview, Jenkins describes that 2007 encounter in great detail.

He talks about his experience on the ship and the following downloads of information he’s been receiving.