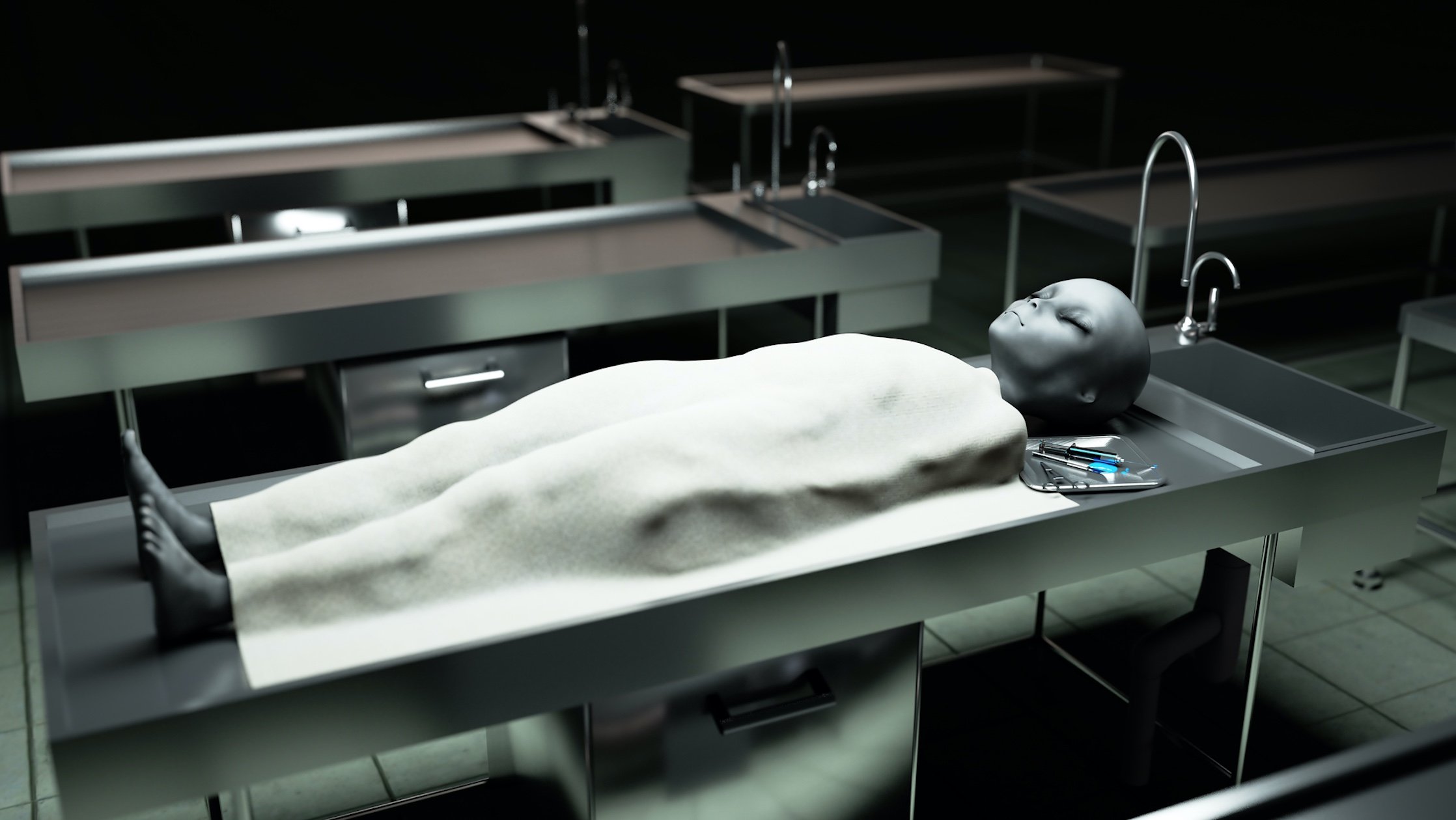 The alien autopsy of the 1990s looked like being the biggest event in UFO history.

Well actually, it just about was but not for the reasons most ufologists and UFO fans would have liked.

The alien autopsy film has proven to be a fake.

Today however, if you ask many UFO devotees they’ll tell you it was real.

Actually the film itself was real – just like a Hollywood sci-fi blockbuster would be real.

The film used was real but the alien star was not.

The Alien Autopsy Is A Hoax? 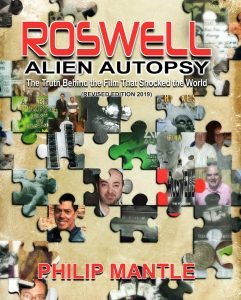 One man who can verify the alien autopsy hoax is Philip Mantle. Mantle is a long standing UFO researcher and author from the UK.

He was formerly the Director of Investigations for the British UFO Research Association and England’s MUFON representative.

The infamous film was resurrected in 2019 when a private 11 page email discussion from 2001 was posted online.

This email thread was for US billionaire Robert Bigelow and discussed with Dr Christopher ‘Kit’ Green.

This email thread sparked renewed interest in the alien autopsy film. Sadly though, according to Philip Mantle, it once again had the wrong people asking the wrong questions.

In order to again set the record straight, Mantle has published a revised edition of his book, Roswell Alien Autopsy: The Truth Behind The Film That Shocked The World.

Did The Alien Autopsy Hurt The UFO Community

Philip Mantle joined me during Aliens Revealed Live and we spent almost an hour discussing the autopsy,  the film and the man behind it Ray Santilli.

We’ve posted an excerpt from the interview below and Mantle lays out the facts you need to know.

Did the whole autopsy affair hurt the UFO community?

At a time when credibility was in question and the skeptics were having a field day, a hoax like this could have been a “ten count” for credibility.

A proven alien conspiracy would have looked further away than ever.

But as it turned out, any publicity is good publicity.

Interest In UFOs Went To Another Level Because Of Autopsy Film

Surprisingly though according to Mantle, it wasn’t. In fact, it had the complete opposite effect.

“Well not at all”, Mantle said. “Quite the opposite I believe Dean. I’m going back to 1995 when the film was released and hugely popular. I mean, when Fox released it, it was so popular that they demanded from the producer he make three or four more shows. I mean, new interviews and new material”.

“Although it turned out to be a hoax, it didn’t matter because it raised the profile of the whole subject. And of course in 1995, the X-Files TV show was at it’s most popular as well?”

“So a colleague of mine complained in 1995 that the conference we showed it at should donate the proceeds to charity. And I said, well, that’s okay, you had a book out in 1995 and I happen to know that your publisher had to reprint it. You sold so many copies because this film raised the profile of the UFO subject”.

There’s an old saying and you probably know it – “any publicity is good publicity” or as some politicians have claimed – “never let a crisis go to waste”.

In the following excerpt, I asked Philip Mantle what are the facts following the revised edition of Roswell Alien Autopsy.