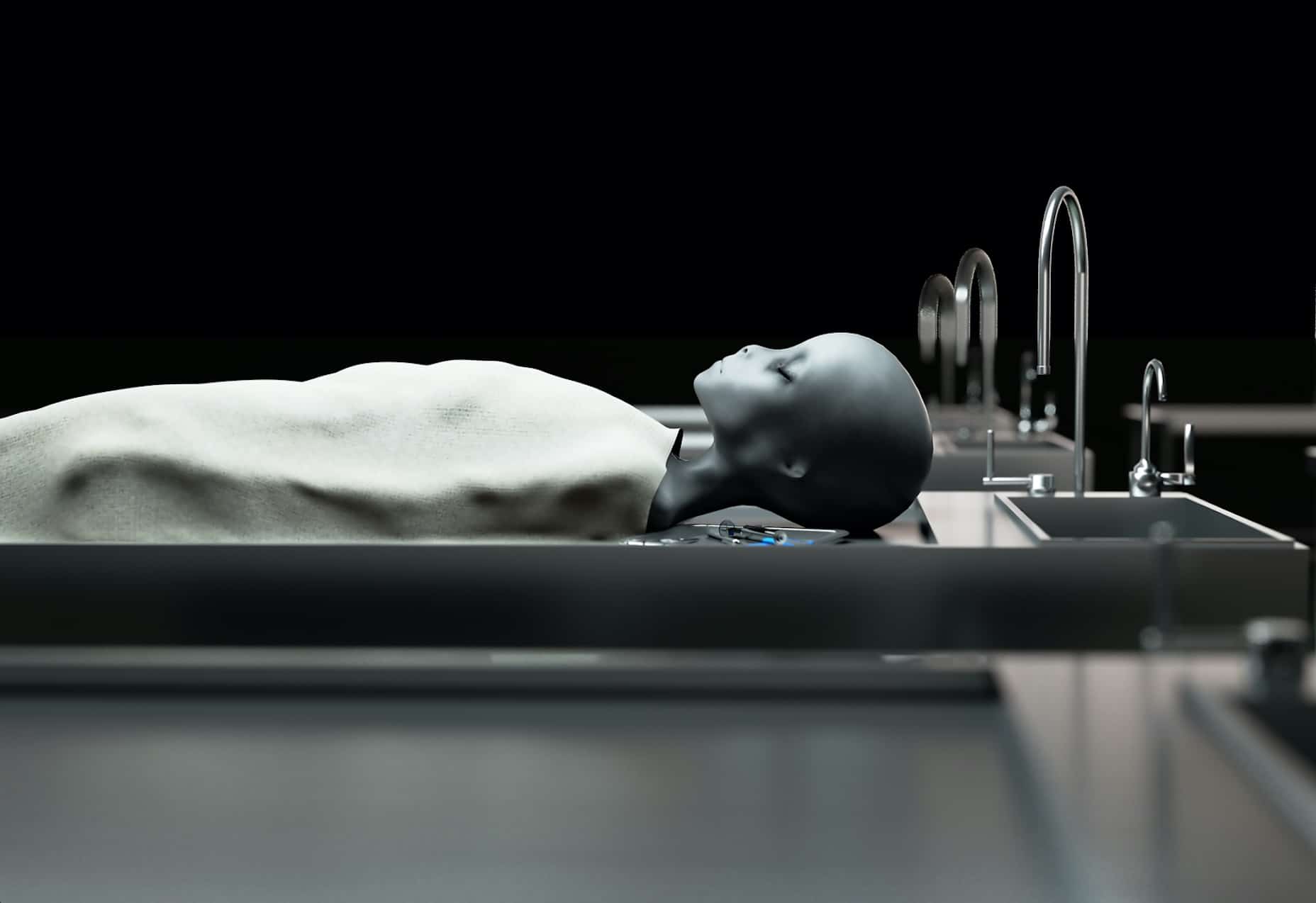 What followed was almost a circus. Little by little it started to become evident that perhaps this wasn’t all it was made out to be.

The use of an addictive subject with good promotion and tinged with a little mystery made this story a powder keg.

And it exploded around the world like no other ufo related story since Roswell.

Actually, with advanced methods of promotion since the 1940s, it eclipsed Roswell in the popularity stakes. But, despite the efforts by some to keep this story alive, it was all a hoax.

And that comes from the man who has investigated, wrote and commented on the alien autopsy film more than any other…Philip Mantle.

Philip Mantle first got involved with the alien autopsy saga in 1993 as a press officer for the British UFO Research Association.

He’s written articles, lectured on it around the world, performed countless television interviews and written books on the alien autopsy.

And recently, he was involved in a four-part television documentary on the topic.

Now he says enough is enough. In a recent email to Aliens Revealed Live he said:

‘Just when I think I’ve seen the last of the alien autopsy film hoax in the media, lo and behold it pops up once again.  This time it has popped up on a film blog. After being involved with this film from 1993, I have had enough of it. I’ve pledged that I’ll not get involved in discussing it any more unless I can avoid it. My book is still out there for those that are interested in the facts and I simply feel sorry for those sad, misinformed individuals who still believe the film is authentic or it was a hoax concocted by the CIA’.

When I interviewed Mantle earlier this year after he updated his book, ROSWELL ALIEN AUTOPSY, he almost seemed exhausted having to go over old ground.

Well, the four part documentary released earlier this year could be the last we hear about the alien autopsy hoax.

But then again, that’s wishful thinking.

Mantle is almost at the point of being dismayed that there are still people who believe it’s authentic.

He feels sorry for conspiracy theorists who believe it was a hoax created by the C.I.A. or any other government agency.

He’s hoping that by updating Roswell Alien Autopsy and making the documentary series, the facts will be set in stone confirming once and for all that it’s a fake.

“Well, what I did was release my book called Roswell Alien Autopsy. I produced it in a large 8 x 10 format with lots of pictures, original faxes, letters, transcripts – the whole gamut is in there”.

“And then I worked with a production company here in the UK and we made a four part documentary series called Alien Autopsy – The Search For Answers”.

“So it’s a retrospective title of the series and it’s pretty much based on my book”.

“For those that don’t know the story, it starts with background on the Roswell story”.

“And then ninety per cent of this four part series details my investigation into the alien autopsy film and the man who created it, Ray Santilli”.

“But I don’t leave anybody in any way, shape or form thinking that it’s a hoax”.

“And I disclose the people who were behind it all and involved with photographs of them. So it’s all there”.

Did The Publicity Hurt The UFO Community?

Bad publicity at a time when the ufo community was looking for credibility could have been disastrous at the time.

But as it turns out, the alien autopsy phenomenon actually had the reverse effect.

It was good for the ufo believing community in the fact it helped propel the topic into the mainstream spotlight.

It’s fair to say that since the film was released, the profile of the ufo topic has been raised considerably.

And that’s probably to the chagrin of skeptics and those who have done their utmost to bury it.

The following video contains two excerpts from two separate interviews I did with Philip Mantle.

In the first section, Mantle talks about the publicity angle, the alien autopsy mastermind, Ray Santilli and the copycats who followed soon after.

In the second, Mantle talks about making the four part documentary series.