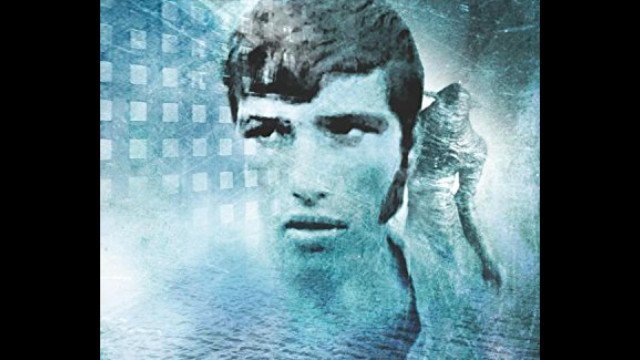 None more compelling than that of Calvin Parker and Charlie Hickson in the Pascagoula Incident.

The Pascagoula Incident garnished worldwide attention at a time when alien abduction was considered more shocking than it is today.

Calvin Parker says he can better remember now his traumatic alien abduction than he could closer to when the event took place.

Calvin Parker and friend, Charles Hickson, were fishing on the east bank of the Pascagoula River on the night of October 11th, 1973.

Parker and Hickson came face to face with ETs and their experience was the center of mass media attention.

Parker described in vivid detail in an interview during the Aliens Revealed Live Online Summit the trauma he and Hickson went through.

They were taken on board an alien spacecraft and their lives changed forever.

For Parker, at just 19 years of age, this is one of those alien abduction stories that couldn’t have come at a worse time as he had just started a new job.

He’s remained reasonably tight-lipped about his experience until recent years, before deciding to tell his story.

Parker feels by talking about what happened to him, it may encourage others to come forward.

In what is now famously referred to in UFO folklore as the Pascagoula Incident, Parker hopes other abductees will speak about their experiences.

But he wants them to be able to do it in a safe environment.

“It’s something that stays on your mind”.

“Of course, you know, I can’t say I’m afraid of going fishing or anything again”.

“Sometimes we get up at one, two o’clock in the morning and go. But you never know when you walk out the door what’s going to happen next?”

“So I would suggest that they talk to somebody and get some help with it; get some counseling somehow if somebody knows how to deal with this subject.”

Who Believed This Alien Abduction Story?

Parker told Aliens Revealed Live that he didn’t even know what a UFO or an alien was before his abduction.

In fact, his immediate thoughts were that he and Hickson would have to be quarantined after being exposed to out of this world contact, similar to the astronauts flying space missions at the time.

In the wash-up though, Parker and Hickson had their believers despite the skeptics. And some of them were from the unlikeliest places. Noted believers included J. Allen Hynek of Project Blue Book fame who believed they had a very frightening and real experience.

Another ally, although it didn’t really surface until many years after the event was the man investigating the Mississippi UFO case, Jackson County’s Sheriff Fred Diamond.

One of the compelling pieces of evidence that may  have convinced Diamond that Parker and Hickson were telling the truth occurred after the two abductees were left together in the interview room after their first round of questioning.

Diamond had left the recorder on maybe hoping to catch the two men in a lie but got something completely different.

Parker takes up the story…

“Yeah…I don’t say that they disbelieved this up until then, but I actually think they thought there was something else going on. And then they put us in the same room together and we didn’t realize they had a tape recorder in there.”

“Charlie and I were talking about our abduction. The sheriff, Fred Diamond, was a pretty hard old sheriff, and he came out and listened to that tape”.

“And then he gave his little news release the next day and there was no doubt in his mind that something happened to us”.

“He wasn’t sure, but you know, that was the biggest convincing evidence that night that it was what I call the secret tape.”

Parker and Hickson, when discussing their encounter with aliens during their time alone in the interview room, acted with genuine fear.

There was almost terror in their voices and this was reflected in the recording.

“He’d tell me…I know something happened to you son, and I’m worried about you and concerned”.

“And I want too, you’re right, you probably need to go to the hospital and get checked right now”.

“He never said, well, we don’t believe you seen aliens or nothing. Of course back then, I didn’t know what I had seen you know.”

“There for a little while I thought – well maybe this is a bunch of rednecks that got hold of some experimental craft that the old shipyard was working on”.

“And they rolled out there and picked us up and were having fun. Maybe it was just a big joke to them, but you know, that wasn’t the case”.

Parker recently released the follow up book to Pascagoula: The Story Continues in light of new evidence and witnesses.

International UFO researcher and author Phillip Mantle has played a big part in Parker coming forward to tell his story.

“It just amazed me after all these years that Philip Mantle was able to dig up the things that he’s dug up. The different facts, details and testimonies”.

“And then of course, we had these new witnesses come forward and that’s amazing that they could keep quiet like I did for 45 years”.

“And so you know, I really got into the second one. Mainly because I was a little more freely opening up about the subject and talking about it. Yeah. And uh, you know, I went that way on the first one”.

“I really didn’t want to come out with the first book after staying quiet for over forty years. It was kind of forced on me by Philip Mantle and my wife. But if it was left to me, there never would have been the first book. But I’m glad I did since I’ve done it.”

The Pascagoula Incident is one of the most harrowing and best known UFO abduction stories in history. It’s interesting to note that it took place just two years before the famous Travis Walton abduction.

Walton’s abduction was made into a movie in 1993 called “Fire In The Sky”. Hollywood though, has received criticism on how much of that movie was doctored to suit “Tinsel Town”.

As yet, there’s still no news on whether the Pascagoula incident makes it to Hollywood. Parker has specific reasons for why he wants this story kept as close to what happened as possible. As far as alien abduction stories go, this one has Hollywood written all over it.

“Well, you know, it’s hard to really ever be sure about this. We have got a guy doing a pitch for a movie right now and we got somebody working on a screenplay. Yeah, we’ve had three or four drafts of screenplays already. We’re trying to keep them as realistic as we can…”

“…So, you know, we usually reject a screenplay if it’s not right. And I go back and I read through it and we are on about our fourth draft now that they’re reworking. So I think one day, there’s no doubt in my mind, there’s going to be a movie on this.” 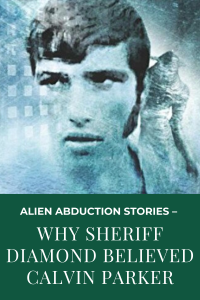