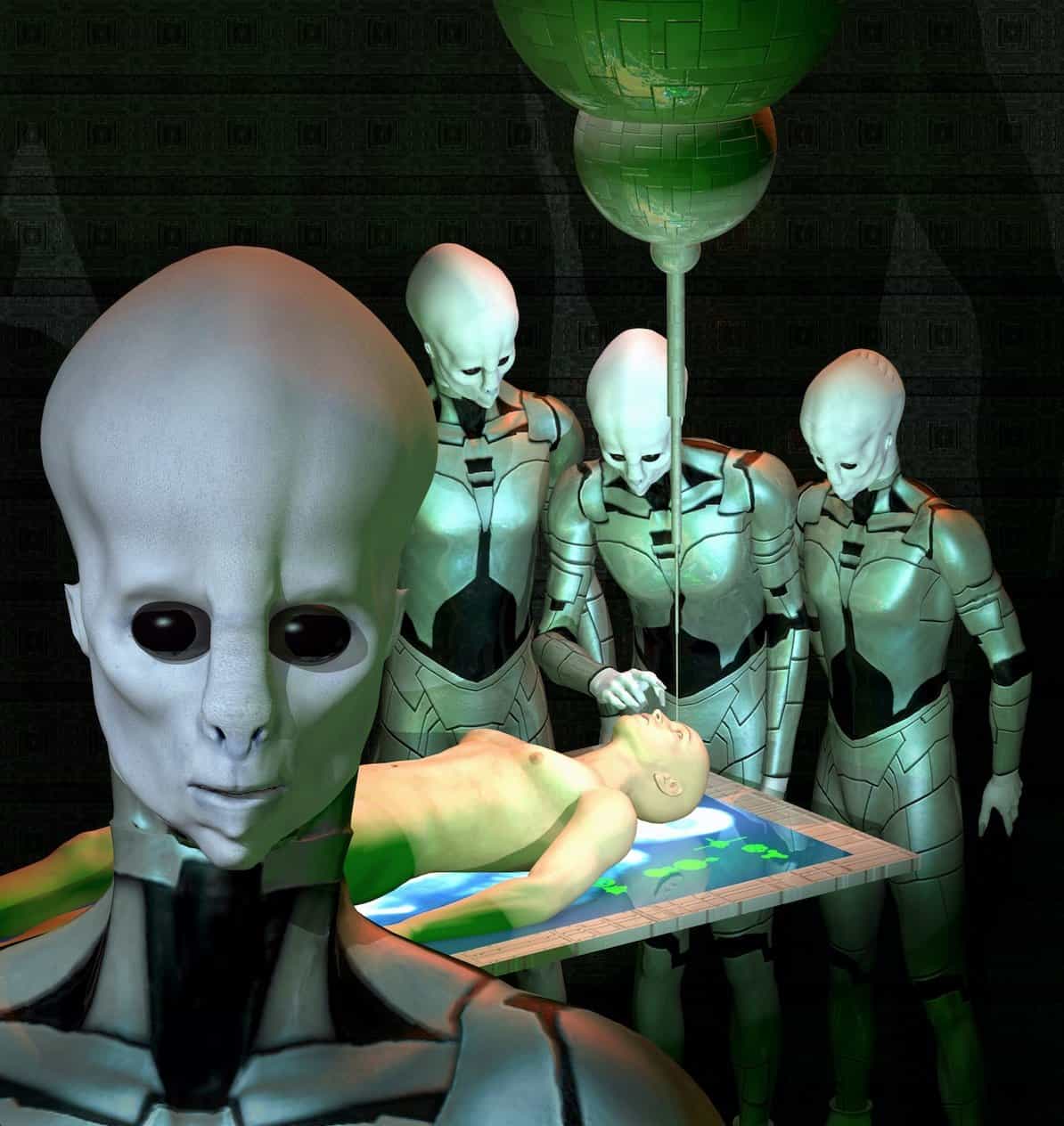 Alien abduction signs range from unexplainable marks on the body to missing time. The alien abduction phenomenon continues to grab people’s attention. More and more people are coming forward to tell their story.

It wasn’t too long ago that the mention of the term alien abduction would get people labeled.

But with more people being taken now coming forward on a daily basis, that’s not really the case anymore. Maybe the shock factor has subsided.

In a 2020 interview with contact experiencer Erin Montgomery, she said she came forward to tell her story as a way to encourage others to do the same.

Montgomery wants to let people know that that’s not the case. In fact, her ultimate mission is to normalize the contact experience.

If that sounds a little ambitious, consider that millions of people around the world are reporting contact of some sort with ETs.

Director of Mufon’s Experiencer Research Team Kathleen Marden, says her office gets in excess of one hundred calls a month.

That’s from people who have alien abduction signs. They clearly know they were taken or had an experience with alien entities.

That number of over one hundred people a month was given to Aliens Revealed Live almost two years ago.

At the rate people are now coming forward to report their experiences, that number could be closer to two hundred.

I’ve asked in a previous article – why isn’t this front and square in the media’s news bulletins?

One of the main obstacles preventing people from coming forward to report alien abduction signs was the fear factor.

It’s a powerful emotion according to Marden. The thought of making their abduction story public and facing scrutiny and ridicule was enough for many experiencers to hold back.

They simply stayed quiet. Many have lived their entire lives or even left this world with this secret. And who could blame them.

Things have changed dramatically though. One of the reasons is the work being done by Marden and her team.

The key is letting people know that they don’t need to go public. They can tell their ET story to trusted individuals. Letting them know that what they experienced wasn’t an isolated case. There are many other people out there having the same experiencers.

Marden says providing this safe environment is crucial. People just want to know that what they experienced wasn’t just happening to them.

“The main reason that people keep it to themselves is because they might have attempted to tell a close relative”.

“That person then laughed at them. Or asked them what they’d been drinking or had been smoking before it happened”.

“The fear of ridicule has been ingrained into our society over a period of the past 60 to 70 years”.

“This is happening to people around the world in all societies. It’s happening in all religions and in all levels of education”.

“It’s happening to people of all socio-economic groupings. And certainly people who are very mentally healthy”.

“I’ve received reports from military officers, medical doctors, psychiatrists and psychologists. And from engineers and other scientists. It runs the gamut”.

The Skeptics Are Now On The Back Foot?

Another reason people will stay quiet about their experiences is because of the skeptics. But they too are becoming less influential. With the tidal wave of contact experiencers emerging skeptics are being drowned out.

Skeptics and debunkers always seemed to have the upper hand. They simply played the “crazy” or “woo-woo” card. Not anymore.

That’s almost non existent today given the number of contact experiencers who have come forward.

With the number of people reporting alien abduction signs, it’s now a brave skeptic who dares doubt their stories. These experiencers include high profile professionals.

Maybe the normalization of the contact experience has already begun?

“Well, the skeptics are probably reading the disinformation that has been disseminated by government dis-informants”.

“What they have actually done is built a false scenario. Spreading false information to cover over the actual evidence, information and story”.

“This happened in the Betty and Barney Hill case. It’s part of the reason why I tried to set the record straight. I wanted to show the evidence especially when I speak at conferences”.

“There are so many people who don’t really know the story. They don’t know what the evidence was because of the disinformation”.

The following interview was recorded during the Aliens Revealed Live online summit. It’s the full interview with Kathleen Marden. She talks about the true numbers of people having contact experiencers with ET entities.

Marden talks about why it is so traumatizing. She explains the emergence of modern contact. She also looks at what the aliens want and which race of aliens are the main culprits in the alien abduction.