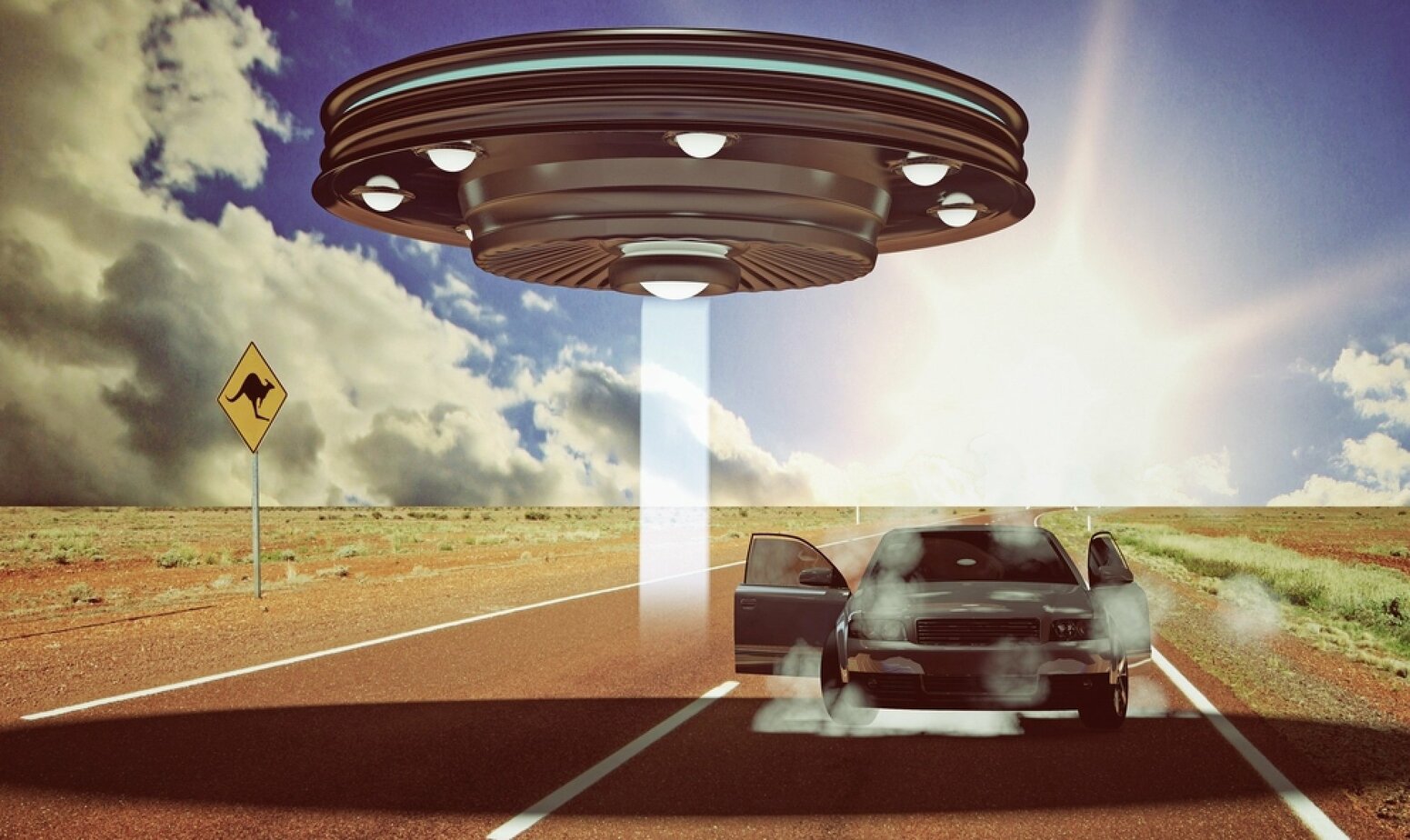 Do you have a ufo hotspots bucket list? Maybe it’s a visit to Roswell or Area 51?

Author and filmmaker Craig Campobasso has put together the definitive UFO hunter’s guide of legendary and active ufo and alien hotspots in North America.

Campobasso has titled it the UFO Hotspot Compendium: Places To Visit Before You Die Or Are Abducted. It’s a curious title for a book and one that will intrigue many ufo devotees.

Campobasso has put together a list of areas in North America that have captivated ufo believers since the famous Roswell ufo crash. The idea is that if you are planning a trip to a particular ufo hotspot, the book will give you everything you need to know about that area.

You’ll get the back story to the event, incident or area; when it happened and where, the investigations that followed, where to stay and things to do at these destinations.

It’s like a “hitch-hiker’s guide to the galaxy” only this time, the guide will pinpoint areas in North America made famous by a ufo event you’ll want to visit.

Campobasso was approached by his publisher about doing a follow up to his previous 2021 best seller, The Extraterrestrial Species Almanac.

Like the UFO Hotspot Compendium, it was the ultimate “hitch-hiker’s guide to the galaxy”, detailing life in the universe and the species that inhabit it.

The latest compendium is more targeted towards the North American continent.

“It should be a guide to go out and know the story; the when, where and the dates it happened. Are there still ufos visiting there today? Were there any aliens or cryptids involved? What are people seeing’?”

“They wanted me to do these in depth stories but then also give everybody a recap of the current and up-to-date investigations that were either done in the conclusion by Project Blue Book or the Condon committee or Mufon itself.”.

“Some of these cases were done by former Mufon people that I worked with on some of the cases”.

“So once we decided that’s what we were going to do, we had the head of MUFON send out an email to all the state directors in Mufon and ask them to nominate their favorite ufo hotspots”.

“So that’s how we compiled them”.

“I had a few of my own favorite hotspots as well. One that is semi known and one that is not so known”.

“And the one that’s not so known had ships landing in the middle of the day”.

“It had ships landing at night. There were greys running around the property. Plus reptilians hissing and evidence of their footprints. Paranormal activity beyond the normal”.

The usual favorites are listed in Campobasso’s ufo hotspot compendium. There’s Roswell and Area 51. He provides background information on Aurora and Socorro.

The book starts off with a detailed chapter on Giant Rock. There’s a special chapter dedicated to Valiant Thor and Orthon.

And there’s the separate abduction incidents involving Travis Walton in 1975 and Calvin Parker and Charles Hickson in 1973.

But the chapter which is probably going to attract a lot of attention is about the infamous Bradsaw Ranch.

It’s one of Campobasso’s favorite ufo related hotspots but it’s so  much more than that.

The Bradshaw Ranch is like a “paranormal zoo” that has captured the imagination of ufo, ghost and monster hunters alike.

“It’s in the Verde Valley just outside of Sedona. It is in the middle of nowhere. And if you ever want to go to a place where the veils between the dimensions are paper thin, this is the place to go”.

“When the Bradshaws lived there they brought on a ufo researcher who is from Sedona and knows everything about the area”.

“So they did investigations for over three years. When they would snap pictures or videotape, whether it was day or night, they would see into another dimension. In one video tape they actually saw a dinosaur”.

“In another video, they got a man’s face who wasn’t there. I have it in the book. And a photograph that was taken in near his leg showed a very tiny blue lit spaceship. It had these little arms with little balls of light on the end. But it was minuscule”.

“Then there’s a windmill and people who are near the windmill have missing time”.

“Or how about an albino female Sasquatch that visited the ranch every night?”

The Pascagoula Incident has been in the new during the past five years.

Thanks to British publisher and researcher Philip Mantle, one of the two men abducted in that famous case during 1973, Calvin Parker, produced a couple of books detailing his version of the event.

Parker had been reluctant to talk about what happened to himself and his late friend Charles Hickson. Mantle has been able to work with Parker and the result is that Pascagoula is back in the news.

A four part documentary is set to be produced on the Pascagoula Incident in 2023.

“I worked right along with Philip for that section of the book. It is one of the most fascinating stories in the book”.

“And I think what’s so magnetic about it is that Calvin will still to this day, not talk about what that female alien-being looked like because he said she was pure evil incarnate and what she did to him”.

“I also got permission to use some of Calvin’s regression from Bud Hopkins about that in the book. That right there is really telling”.

If you purchase the UFO Hotspot Compendium, Campobasso will personally autograph it for you. For more details, click here.

In the following interview, Campobasso talks in more detail about his favorite ufo hotspots such as the Bradshaw Ranch. He talks about whether there is any danger in visiting some of these areas and what he considers is the hottest of ufo hotspots in North America.